How could I have designed this cabinet to avoid assembly and alignment problems?

I built this wall-hanging cabinet with a door on the front that opens upwards (plain old hinges on exterior face, not installed yet) (there's space on the back for a cleat, not super apparent in images below): 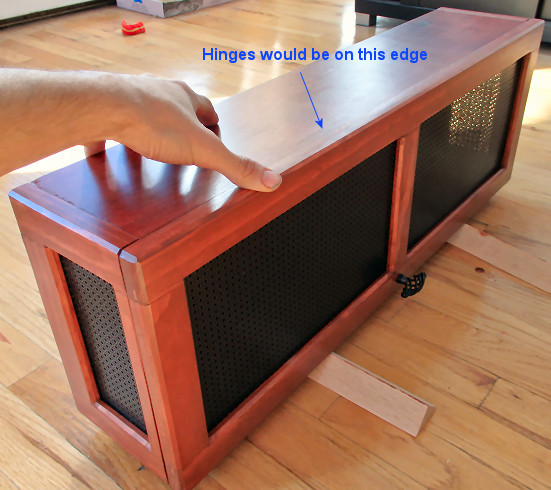 It did not assemble well. It is not usable. It was assembled like so; consider the following drawing: 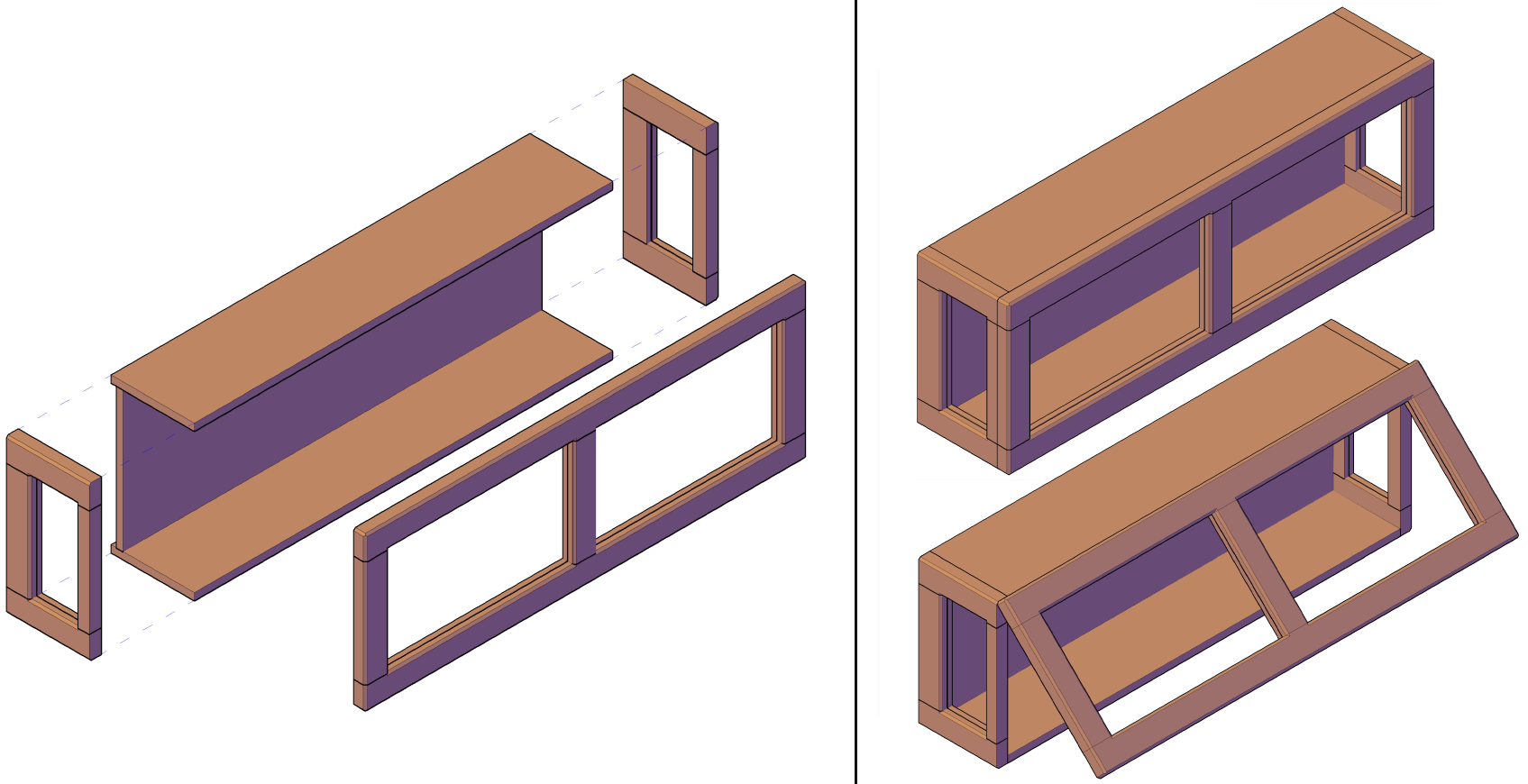 Now, I had designed, measured, followed the rule of cutting to reality instead of design, dry fit and dry fit again, followed all the rules I've discovered (make all same-length cuts at once without adjusting settings, all that, etc), but still I ran into the following issues:

Now, I think the frames (sides and door) came together well, and almost all of the problems were due to various issues with the panels. I shouldn't have even proceeded to glue it up to begin with after noticing that the panels weren't 90 degrees. I also didn't do that one final dry fit. I'm not sure where in the building and finishing process I lost material on the panels. The frames are sized consistently with each other.

I have since cut the sides off, removed the panel stubs, and refinished the sides, so I have a second chance at this. I now have the frames, assembled and finished, ready to go again.

So my question is: How could I have designed this differently from the start (particularly joining the panels to the frames) that could have both avoided all these problems and also lessen the tolerances that I needed to cut things to?

And how can I salvage it given that I have the sides detached again?

How would you have built this cabinet, from the start, to avoid the problems?

In general (IMO) when using plywood paneling like this it can be very hard to treat it like a regular board. So I would recommend (almost always) to frame it where ever it is being used for a panel. (what you are planning on doing with rabbets and slots).

No matter how well I try to cut sheet material, I get a little curve on long cuts or just a catch and either a dip or bump. If you have a cabinet saw and/or a carriage for the saw to make long cuts cleanly you have a much better chance.

So for this one, I would do what you are saying for the sides and bottom, 'frame' in the panels and I would have likely made the top out of glued up wood. Also to help (in either case) I would run a small board, maybe 1" x 3/4" along the front of the board on the inside to help stiffen the front edge of the board to keep it from sagging in the middle.

My first guess would be that some of the boards are not four square and flat. Lay a straightedge across the length of each board and make sure it is flat.

If you are attaching things with pocket screws, the boards have a tendency to creep a little bit, since the screw is at an angle. If the boards are not well clamped, you can get about 1/16" - 3/32" of movement when tightening the pocket screws.

Not the answer you're looking for? Browse other questions tagged technique design assembly or ask your own question.

4
How to assemble kitchen base unit cabinet?
4
Polyurethane or similar on multiple sides at once, quickly, no drips
5
Joining an irregular, detachable modesty panel together and to an irregular shaped desk
5
Frame and panel glue up
2
What are the best ways to glue thin edges?
0
Thickness of back-panels, horizontal planks and vertical planks
1
Arm for heavy TV
1
Solid wood top to solid wood sides
3
Need help with design of entryway bench joinery
1
How to salvage a poorly designed project?