When making butt joints for corners, say, for small little cabinets to hang on a wall (think medicine cabinet), structurally is there any difference between longer tops and longer sides (I'm using biscuits and glue, and I find I like using cleats attached to the inside top for hanging)? 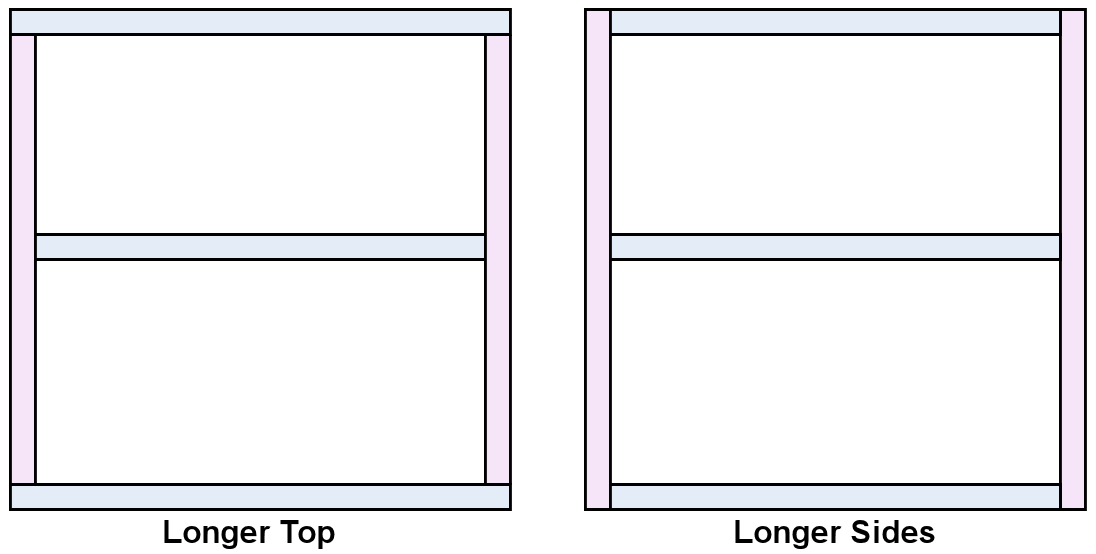 I personally prefer the look of longer tops and bottoms especially if I intend to use the top surface as a shelf, but having longer sides is much easier for me to construct since all the horizontals are the same length, and gives a slightly easier order of assembly.

A lesser question: In addition to structural properties, is there any traditional/historical stylistic tendency for longer tops vs. sides?

I realize the butt joint is a boring joint but in my limited experience I find that I keep agonizing over which to choose.

When making butt joints for corners... structurally is there any difference between longer tops and longer sides [using biscuits and glue]

Yes, with longer sides it would be stronger. The reasons being:

For very large constructions that need to hold up a lot of inherent weight (the weight of the piece itself), even before the added load of items stored inside, longer sides would be far preferable. But for smaller pieces I suspect it doesn't matter in practice.

One additional advantage to longer sides is pure aesthetic: in this case (wall-mounted item) there's less end grain visible in the finished piece, which is considered very desirable by many woodworkers although some are less fussy about this.

A lesser question: In addition to structural properties, is there any traditional/historical stylistic tendency for longer tops vs. sides?

It wouldn't have been common for boxes of this basic construction to have been built historically as they didn't often rely on 90° butt joints, but in more recent tradition where dowels have been widely used I'm fairly sure longer sides would have been the preferred orientation for exactly the same reasons as stated above for biscuits, where again the dowels can be pulled free more easily than snapped cleanly in two.

It shouldn't go unsaid though that many traditional woodworking techniques go toward making the strongest piece possible for any given joint type, and it's widely acknowledged that this means much furniture has over-engineered joints, i.e. much stronger than truly needed.

If it is going to be that small then I think either configuration would be more than sufficient with biscuits. Butt joints are considered one of the weakest but the biscuits should be gluing face to face (grain I mean). That way you are overcoming the butt joints main drawback.

For what it is worth I have an older medicine cabinet and it uses rabbet and a dado joint (might have a more elegant name) for the frame and shelf. The joint is exposed from the front and back just like in the below photo. The door is a simple mirror with a mitre joint frame. So in essence mine matches you longer sides picture. 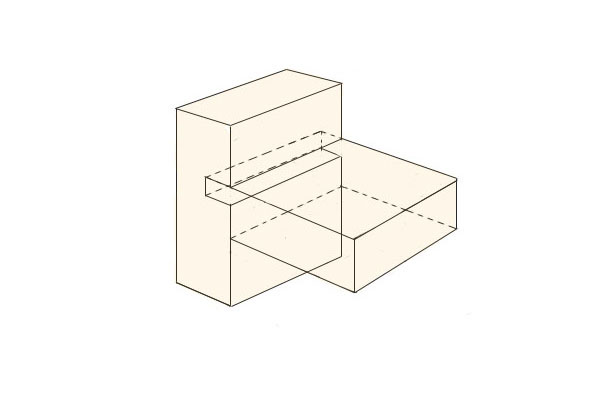