I intend to make a splayed leg dining room table similar to the ones in these images:

Because dining room tables typically support a good deal of weight, I'm concerned about the amount of stress placed on the joint between the leg and the table apron.

I intend to make the table from walnut stock.

I ended up building double-stacked corner brackets, attached to the one-inch thick apron with screws, and double bolted into the legs. 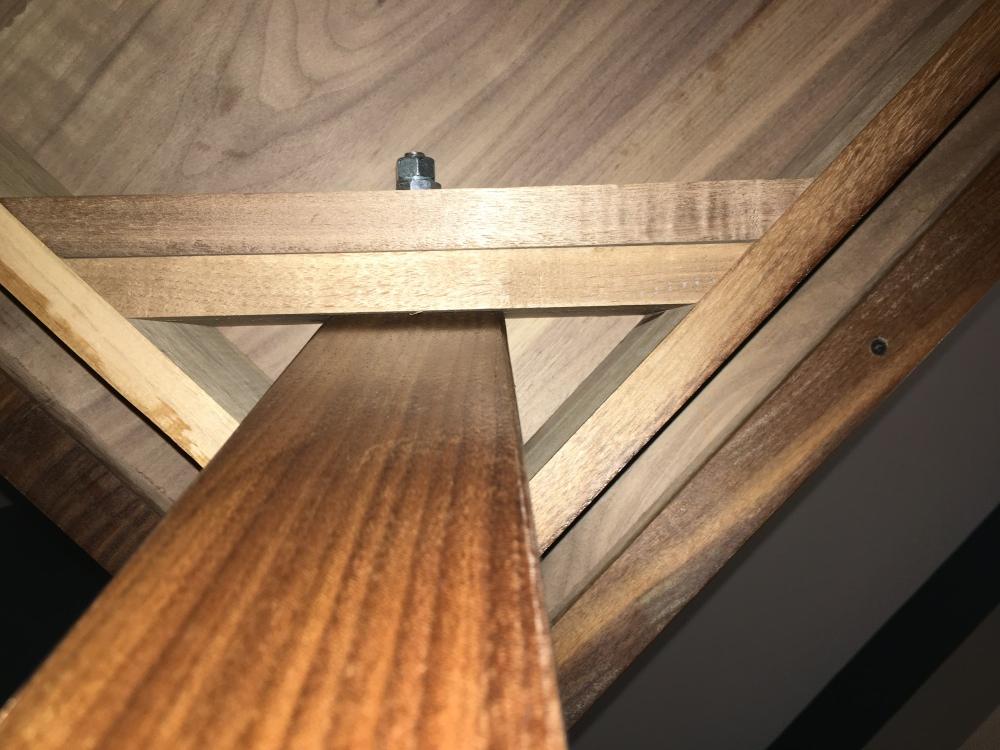 This is the resulting table (it still has not yet collapsed of its own weight): 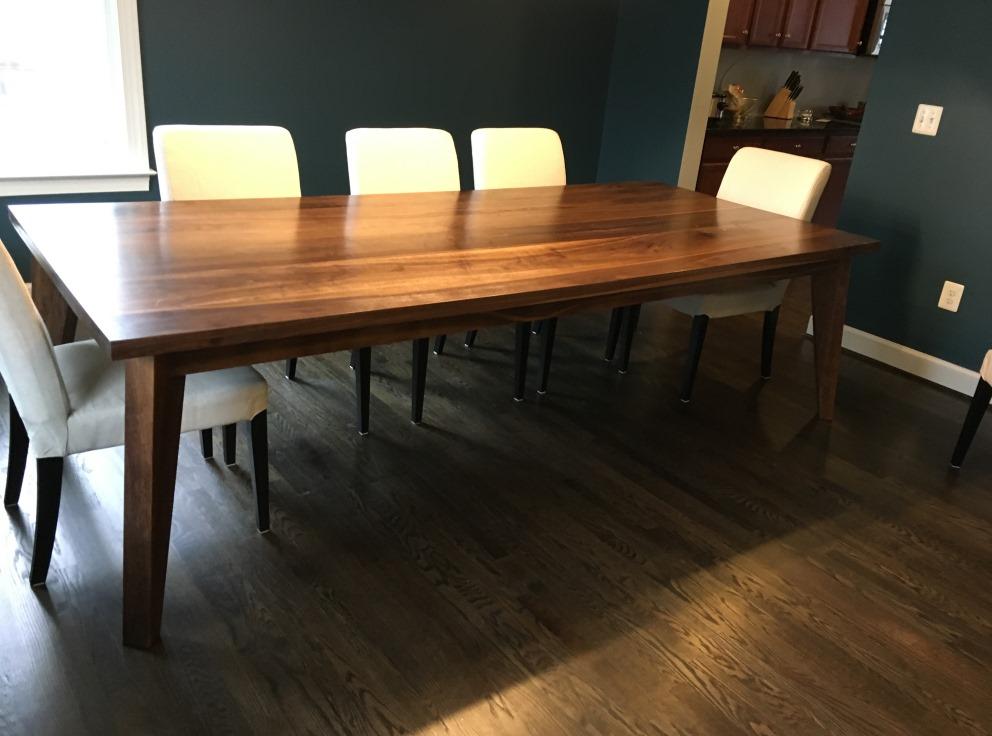 As is almost always the case with this type of question there is no one clear winner. There are numerous joints — including some unconventional/less seen choices — that would be strong enough, which is all that's needed.

Also, the particular joint chosen would be dictated by the form of the apron (if any) and that is an open question in the overall design of the piece....

In the two images posted neither table appears to use an apron.

In the second if you look closely it seems that there is an X-shaped brace centred on the tabletop, with the legs attached to the end of each arm of the X (maybe with a bridle joint) and then possibly pegged in place, although those could be wood plugs hiding a metal faster of some kind.

Of these two the system in the second image is the stronger option by far, so if the choice were between these two then go with that.

If a more conventional apron is preferred then the apron/leg joint should probably remain what it is most commonly: a mortise and tenon. Somewhat like this: 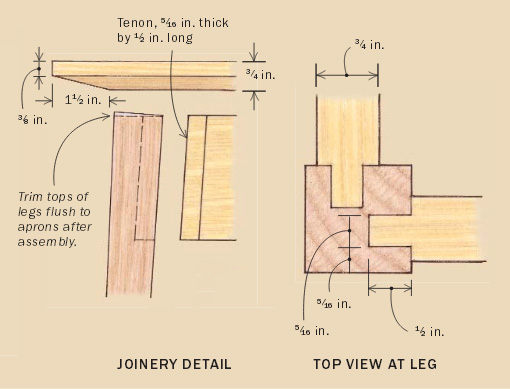 Note: if the splay on the legs is fairly pronounced I think an open-topped mortise should be avoided here (possibly also a haunched tenon if you want to be extra-cautious). A regular enclosed tenon would provide maximum strength for the forces applied to the joint by the splay of the legs.

Another alternative worth considering is the type of joint often used on commercial splay-legged coffee tables and sideboards:

These rely on a "pre-installed industrial strength fastening system" (just a large threaded insert) so could be strong enough for the legs on a dining table, as they are for quite sizeable sideboards; albeit these have much shorter legs they are substantially heavier than a tabletop, even without things stored inside.

How complicated do you want to make the construction?

Note that under the third table we see that it has aprons. Those are undoubtedly mortise-and-tenioned into the legs, which is quite a strong joint (lots of long-grain glue surface). The table's top then rests on this frame.

You might make that stronger by drawbore-pinning the tenions, but you'd need to be moderately clever not to mar the leg's appearance.

Or you could use sliding dovetails rather than simple tenions; you'd lose the top glue surface (unless you combine this with a "follower" plug for the dovetail slot) but you'd gain the dovetail's mechanical strength reinforcing the glue joint.

Note too that both tables' legs taper outward as well as tilting outward, increasing the apparent angle without introducing as much torque as it may seem.

2
Load Bearing of Legs and Wood Movement on TV Console

11
"Joint" or "Join": What is the name for the place where two pieces of wood are fastened together?
5
How do I prevent the rungs of my loft bed from moving slightly in their join with the legs?
5
What join to use to join 2X4s for a pedestal
4
Designing and Building a Through-Leg Table
3
Need help with design of entryway bench joinery
4
How to calculate the angle for the legs?
3
Designing legs for large larch tabletop
1
How many pairs of legs necessary for butcher block table?