I recently purchased a digital caliper to make more precise measurements than a basic variety vernier and it works great. I wanted them to measure the width of my table saw for making my sled runners.

Of course this could just be a case of frequency illusion but it begs the questions:

After doing a fair bit of research the general consensus is use whatever you have available and you feel comfortable with. That being said, there are several points worth making about all three tools and it's important to note the differences.

With any tools their precision can be a direct result of the tool's quality. Not to say that cheaper tools cannot do the job just as well as their more expensive siblings but manufacturers tolerance for error should be smaller with the higher end tools.

People will have their own personal preference that might have a certain bias but either caliper can perform the job for wood workers at least*.

Point I am trying to make is that it should not matter which tool you use beyond what you are comfortable with and have available. In either case having a set of gauge blocks on hand will remove any trepidation of the tools potential inaccuracy.

* That is, most woodworkers would not need the same level of accuracy that a machinist might.

If you were given a choice between dial, digital and vernier calipers which one should you pick?

When I went looking for a caliper I wanted a dial type, based on the following comment in Andy Rae's book Choosing & Using Hand Tools, "A plastic dial caliper is plenty accurate for a woodworker's needs, and costs peanuts compared to more expensive metal versions."

I couldn't find one for sale locally, in plastic or metal, and eventually got a digital model in stainless steel. I did eventually spot a dial caliper but it was more expensive, and it turns out I wouldn't have been as happy with it — Rae is clearly right that they're more than accurate enough for woodworking, however, after using the digital type I wouldn't recommend one on a couple of grounds.

As far as woodworking in concerned what would make one preferential over the other or is this just a matter of personal preference?

Potentially slow to read (requires interpretation/calculation by the user, which can introduce error) but in practice for the woodworker this is arguably irrelevant as the accuracy is beyond what's usually achievable in wood.

Can be very expensive, but oddly the plastic versions appear to be the cheapest calipers available (less than the price of a cup of fancy coffee).

Can have both metric and Imperial scales on the one tool.

No batteries required so will work anywhere, any time, without fail.

Where available, can be cheaper than digital.

Display is often harder to read than on a digital model, but note: the opposite in bright sunlight.

Dial mechanism can be knocked out of alignment or break entirely, rendering the dial readout useless (no user-serviceable parts inside).

Almost all are either Imperial or metric, not both.

Normally easier to read. Especially important as your eyesight diminishes getting older! But, possibly important to some users, the typical LCD display is difficult or impossible to read in direct sunlight or bright daylight.

Instant read, so faster to use (particularly when compared to vernier calipers).

More accurate than dial or vernier, sort of. Disregard what you hear to the contrary, they are more accurate in practice than dial calipers; this isn't to do with the build accuracy or better machining of the gearing, it's simply a by-product of the digital display of the measurement (to two or three, sometimes even four decimal places).

Re-zero function at any opening size allows easier comparison measurements (both positive and negative) of e.g. a mortise and its corresponding tenon, two similar drill bits, a jig's pin with the matching router bit.

Can be expensive, but careful shopping will pay dividends here — buy directly from China and you can get what appears to be exactly the same tool as a name-brand version, just without the logo and the resulting mark-up!

Particularly important feature I feel: metric and Imperial on the one tool; and this can be changed on the fly.

Requires batteries for the digital readout. But, they still retain the basic marked scales that a vernier caliper has, and the housing for the digital display is deliberately sized do that you can use its edge to read the measure: 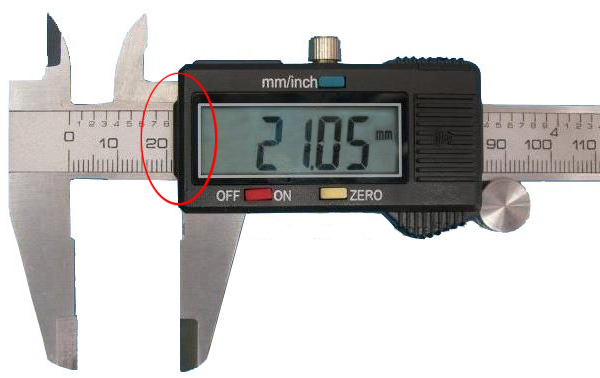 So for 'rough' measurements they will still give service if the battery has died. I say 'rough' here as of course it's no rougher than the measurements done with a conventional rule, which we rely on as accurate all the time.

I have all three of them of good quality each. Each caliper costed me more than 25 EUR. I have to say I did not spent 200 EUR on digital, so maybe they are better?..

So. In my case, dial caliper beats all of them. Second is vernier due its simplicity, as long as you don't need very small measurements. Third place takes digital and it is constantly gets off. You open-close it few times and you always get different numbers. When you open/close it way too much, it gets badly off. Mainly because dial has a rail with "teeth" that makes the guiding wheel impossible to slip, while digital rolls over the plain metal. That would explain the general design flaw.

Another pretty important thing what I really hate digital caliper is this: you basically cannot use the scale on it, because it is just off or just not exactly under the LCD display. Dial caliper, in contrast, has a knife-sharpened edge that stays exactly on the scale. So you look at the dial scale only after you already looked at the main scale.

That said, I suggest either dial or vernier. Ultimately just get both of them. :-)

Edit: in response to comments below, I added the following:

Here. You have it.

Yes, I re-nulled digital. Yes, I opened digital slowly, without jerks. Yes, I tried my best, and digital still sucks. No, digital does not gets fixed, it is just broken from the beginning. No, I do not recommend buying it. 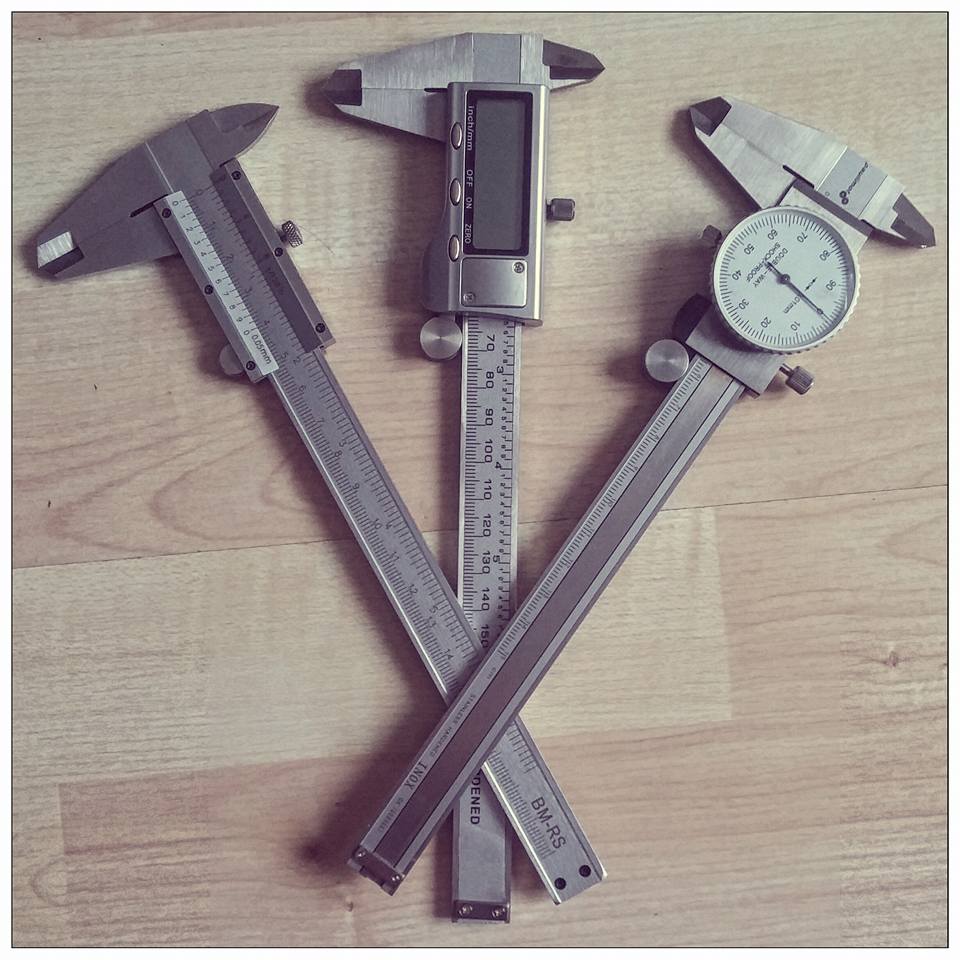 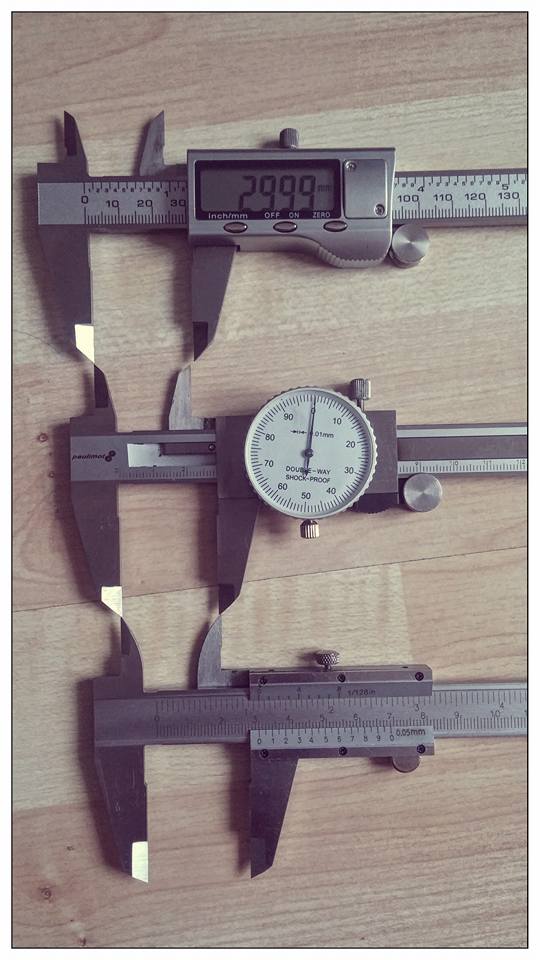 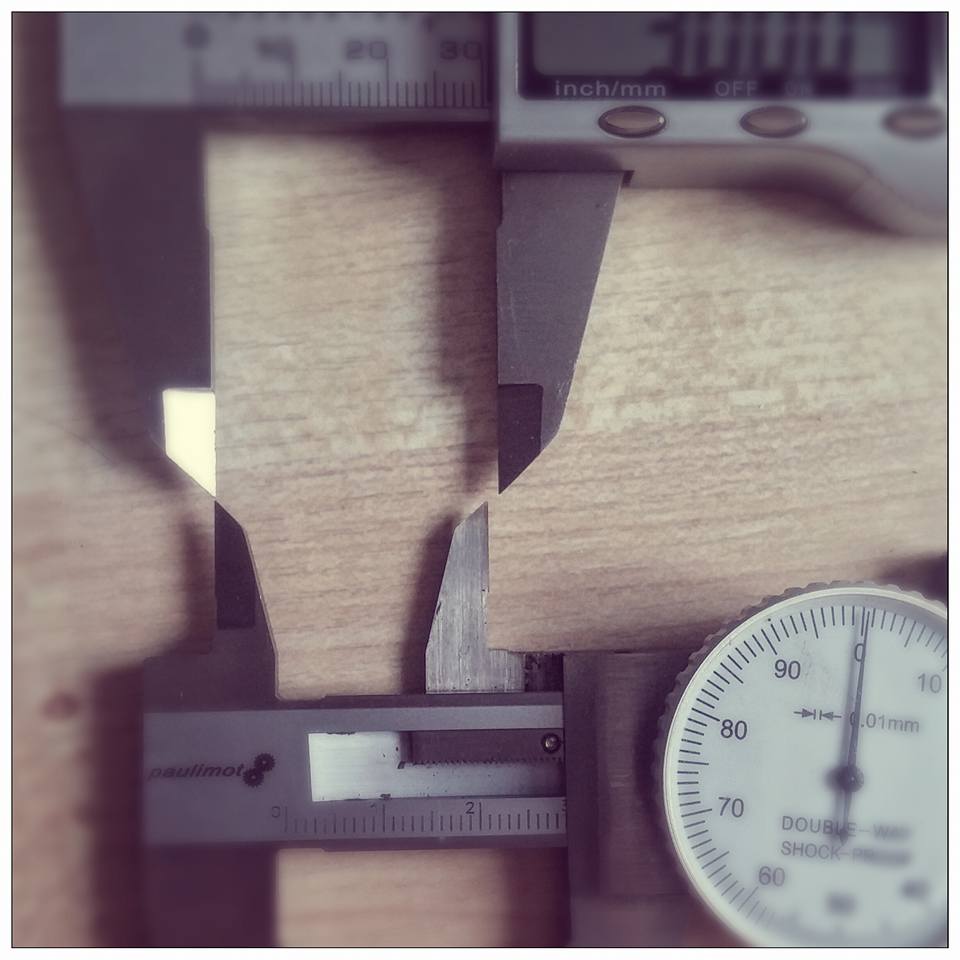 Not the answer you're looking for? Browse other questions tagged tools tool-selection measurement tolerance or ask your own question.