How to make a heptagonal construction set?

I want to make a construction set with rods and nodes similar to Zome or K'nex or Tinkertoys. Mine will be in entirely in the plane and based on heptagonal (7-fold) symmetry. (In fact, I'd like Tetradecagonal (14-fold) symmetry, but I'll continue my question with 7.)

I imagine the rods will be fairly easy to make - bamboo skewers cut to certain lengths and stained accordingly to length (probably between about 5 and 15 cm).

The nodes will be heptagonal prisms about 5mm thick and 10mm "diameter" with holes to fit the struts drilled into the centres of the (yellow) sides: 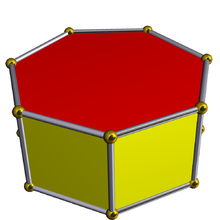 I imagine this could be most easily made from a length of wood with heptagonal cross section drilled and then cut up. (Alternatively, the nodes could instead be round and made from dowel or pvc pipe then drilled with 7 holes.)

Question: How to make the heptagonal prism nodes? How to drill into the sides?

As far as I'm aware, there is no way to construct a "true" heptagon using only a straightedge and a compass. However, there is an approximate way that might work.

To create a heptagon, first draw a circle. The larger the circle, the more accurate your heptagon will be. Then, using a dividers, set them to what looks to be the correct length of one of the sides. Walk the dividers around the circle until you have paced out all seven sides. Most likely you will land off the mark you started at, which means that your length needs adjusting. Adjust the dividers longer or shorter as necessary, and repeat the process until you have the circle divided into seven even segments.

Then, draw seven lines radiating from the center of the circle to each of the endpoints you stepped out with the dividers. These will divide your circle into seven even slices.

I imagine that you will want to start out with a long, straight-grained dowel of a diameter that suits your size. Place this dowel on the circle you just drew, making sure that the dowel is centered on the circle. You might want to make some sort of clamping jig for this operation. With the dowel coincident with the center of the circle, mark a line for each of the seven pie pieces you previously drew.

Now, take the dowel and place one end against a planing stop (or lightly pinch it between two dogs with your workbench tail vise, see image below). One of the segments you marked should be facing directly upwards. Using a hand plane (preferably a jointer plane), begin planing away the facet. Stop when you get down to your lines. Repeat for each of the seven sides of the heptagon, and you will be left with a heptagonal dowel. 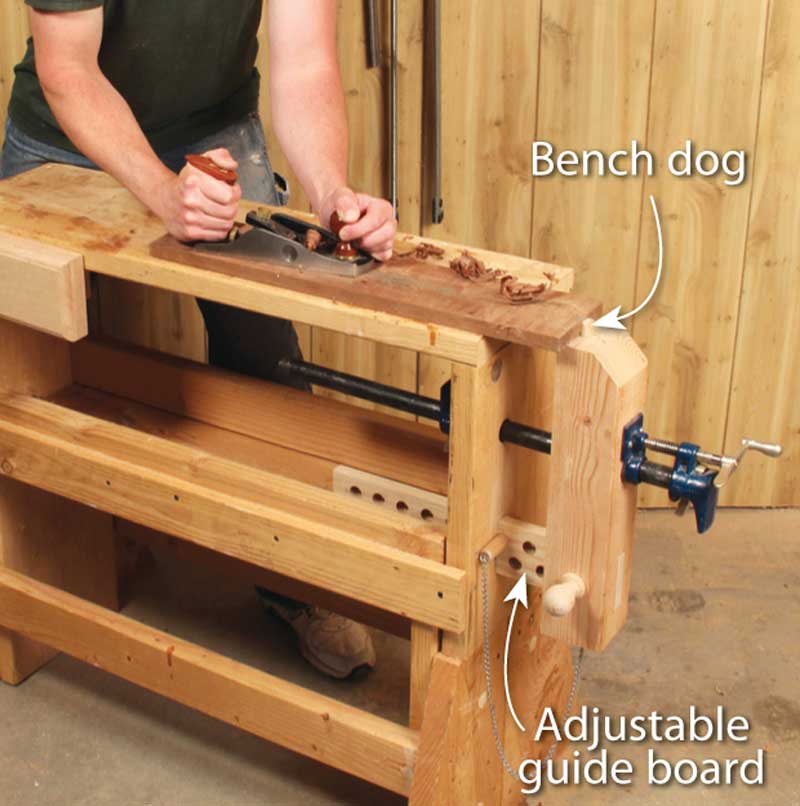 At this point you can cut the dowel into slices to produce your corner pieces for your shapes.

For drilling, make a jig that cradles the slices such that the top face is horizontal (perpendicular to your drill press). Then it's a simple matter of drilling out for the rods with the drill bit you want and at a depth that works for you.

Of course, if you don't want to go to the trouble of making a heptagonal dowel (it's a lot of fiddly work), you could just use a regular dowel, slice it up, and mark your seven segments on the end of the slice. Then, make a drilling jig that holds the dowels, and that has a mark directly on the bottom of the area that holds the dowels. Then, all you have to do in index your marks to the bottom of the jig and drill your holes, rotating the dowel slice each time.

Heptagons are not constructible polygons, so you will need to use a protractor and make an indexing jig.

It's not clear what final diameter your setup requires, but for small work it might be best to keep the extreme ends of the dowel circular, so they can be mounted in a chuck - from there, you would have a router move on a linear slide to shape each of the seven faces. (I have a small CNC router, so this is how I would accomplish this task for sufficiently small dowels.) When the facing operations are over, you can simply part the circular piece off as you would in a lathe.

Since, from your rendering, it appears as though you might want a groove in each face to seat a planar piece of wood, a router is probably the best tool to use here - you can easily find bits that will have the profile you require.

You might check out the excellent Mathias Wandel's Youtube channel for ideas on jig-building - his work is enviably well-documented and thoughtfully-presented.

Not the answer you're looking for? Browse other questions tagged drilling design or ask your own question.

11
Best method for drilling thousands of holes?
14
How to cut the centre out of a large round of wood
9
How could I have designed this cabinet to avoid assembly and alignment problems?
3
self leveling compound for my box
8
Long travel drill guide
2
Questions around designing and building an indoor climbing frame
2
Is this frame design sturdy enough for a window seat?
0
Solid wood furniture faces expand at different rates?