I bought a Stanley No 4 plane to refurbish and then use in my shop.

The Cam on the Lever Cap only seems to move in the wrong direction.

Is this the wrong Lever Cap for the Stanley No 4 plane? 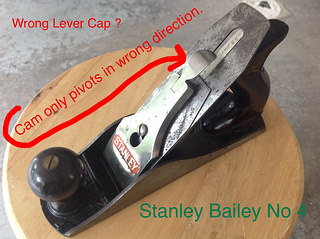 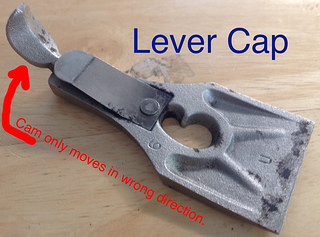 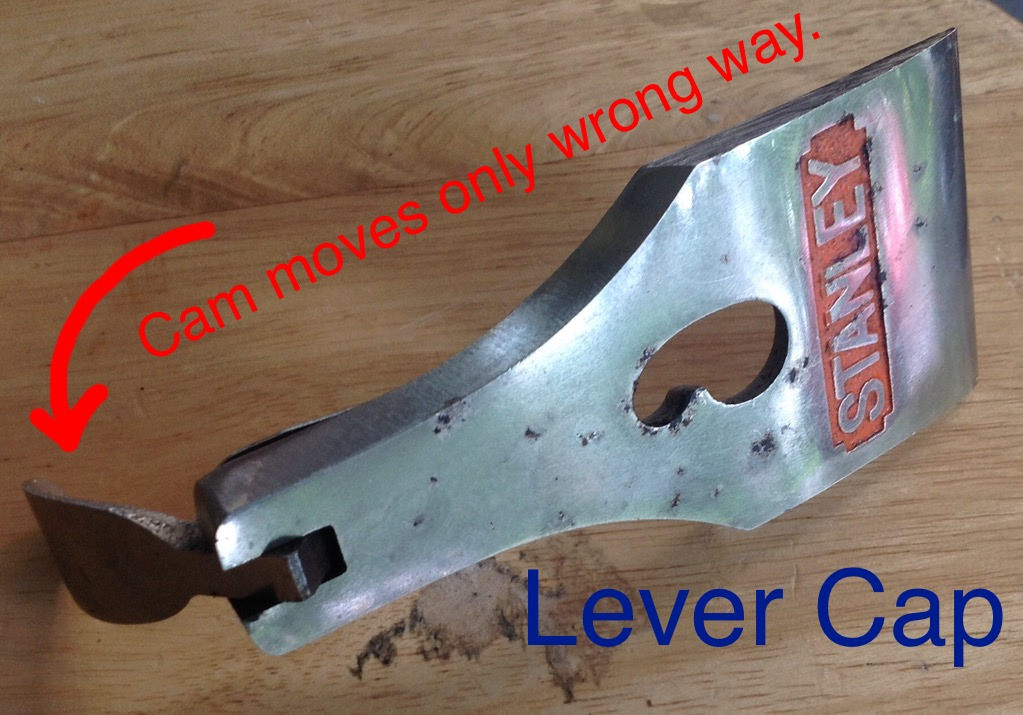 No, that lever cap doesn't appear to be wrong at a glance and it should be able to swivel the other direction. I assume you've tried rotating it the other way when it is removed from the plane. The spring will provide some resistance when the lever cap is removed and you try to rotate the cam the right direction, but not that much resistance.

There could be some corrosion or gunk in the gap between the cam and the body of the lever cap. Try saturating the area around the mechanism with some penetrating oil like Blaster 16-PB (more commonly called PB Blaster), work the cam back and forth, and spray it again. Let it sit for a while, then try again.

You can buy PB Blaster at any auto parts store or in the automotive department of pretty much any superstore (e.g., Walmart), and probably most hardware stores and home improvement stores. Usually it's on the shelf in the same general area as WD-40. Note that it gets on everything and it has a pretty strong smell, so you might want to use it outside or in the garage.

At worst, if the fit is just too tight between the end of the cam and the cap iron body, you could rotate the cam backwards and file off the end a tiny bit at a time (assuming that is the part interfering with normal operation), until it will finally rotate in the right direction.

More often than not the cam catches on the front where it is chamfered off. It's likely the cam pin has bent through over tightening it and if straightened can cure your problem. If it still catches it can be rectified by removing the cam pin again and rounding the chamfer off. Just be careful when removing the pin you don't break the lever cap, it should tap out with gentle persuasion.

I hope this helps.

9
What should I look for when aquiring a plane second hand?
10
Getting flat surfaces with a tongue and groove plane
7
Stanley Bailey frog adjustment problem
3
Problems adjusting block plane
3
Stanley 9 1/4 block plane depth adjuster interferes with lateral adjuster
2
How can I salvage the ura on my japanese plane blade?
1
Tips and Ideas for Hand Planing a 11,950 N board keeping it simple
5
Hand plane gouging wood even with fine adjustments
5
Eclipse style honing guide changing blade geometry & preventing tight mouth setting on planes
2
What is a router plane fence designed for?