What safety precautions should I take when using a jointer?

The topic came up in Body positioning while using a jointer of jointer safety. While I've never had any issues, an accident on a jointer could be very dangerous. What safety precautions should I take when operating a jointer?

I copied some of the information from my earlier answer to your linked question, and added a few other points: 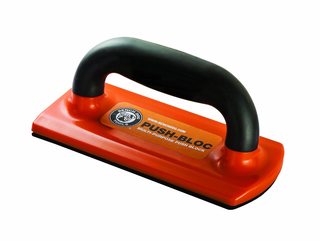 In addition to the other answers:

There are a couple things to consider:

One of the magazines recently had a Jointers 101 article. Some points from that, from memory:

Not the answer you're looking for? Browse other questions tagged safety jointer or ask your own question.

9
Body positioning while using a jointer

7
Any tips on reconditioning/using an old benchtop jointer?
16
Is PVC pipe safe to use for a dust collection system?
9
Body positioning while using a jointer
8
How to sharpen a planer knife the right way?
7
Are there any best practices when using dado blades or stack?
6
Safety - Cutting multiple pieces at the same time
4
Is it appropriate for an 8 year-old to act as a 'helper,' ripping sheets on a table saw?
2
Feed direction on a planer/thicknesser
2
Emerald Ash Borer: pesticide safety concerns?
7
How did I bend this router bit? What safety or operating step did I miss?