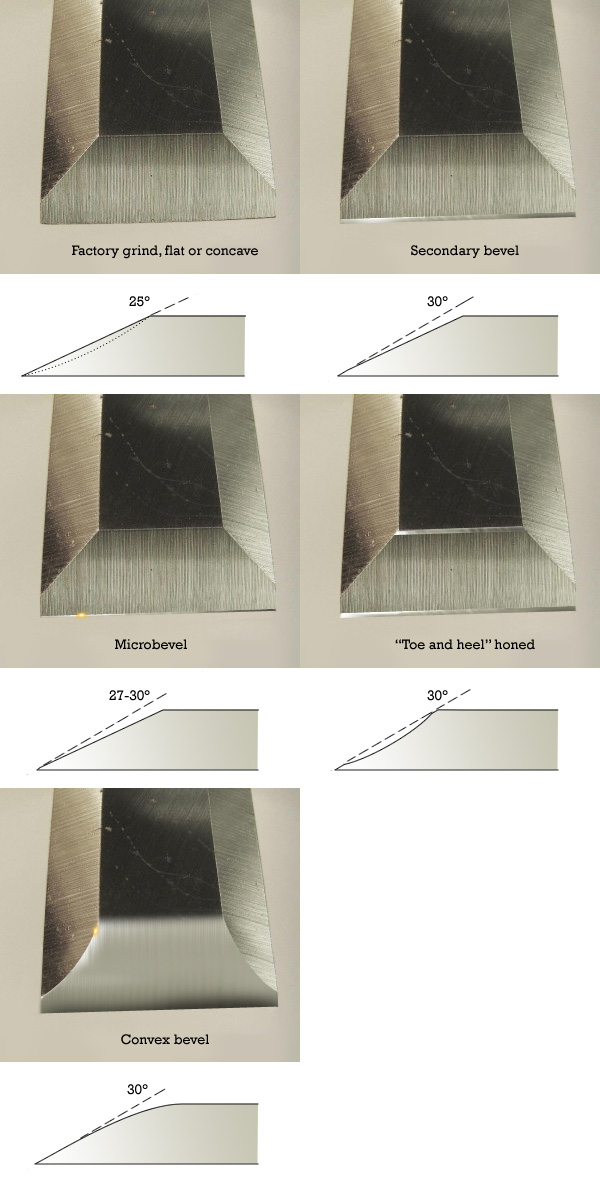 9
When sharpening, how do I assess what grit to start on?
6
Bench grinder, tool sharpener or sharpening stone?
9
Is all fine grit count sandpaper called wet/dry?
6
To what angle should I sharpen my chisel?
6
Routing tight edges/corners
7
How to set up a Veritas Basic Grinding jig with short chisels

9
Is there a 'best' way to sharpen an edged tool like a chisel?
8
Why would I want a joiner's mallet
8
What is the old-school way of smoothing a curved surface?
11
What should one consider when purchasing an intro turning chisel set?
3
What tool would this handle be for?
5
What is the proper way to sharpen a round plug cutter
6
To what angle should I sharpen my chisel?
2
What is this tool? Chisel-decorative-beating
7
How to set up a Veritas Basic Grinding jig with short chisels