Is it possible to fix a distorted laminated chair leg? [bent-wood lamination]

I have an armchair that, according to the manufacturer, is made of moulded layer-glued wood veneer (IKEA Poang).

After several years the chair is tipping to the left. As seen from the picture below, the left leg/arm is sitting 2 cm lower than the right.

I tried spraying with water, applying heat with a heat gun and then pulling the lower leg using force. That evened the legs but only temporarily.

Is it possible to salvage it? 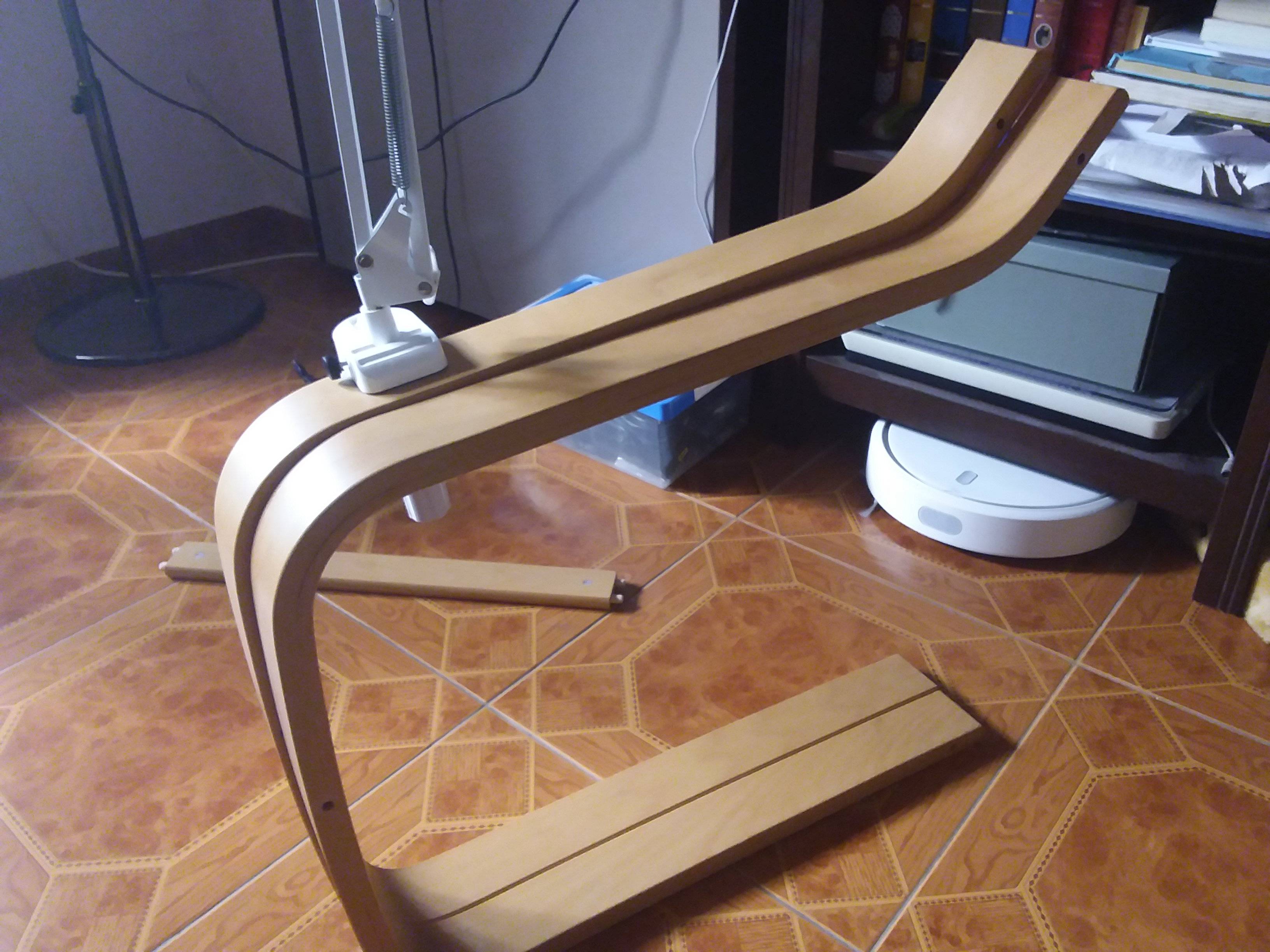 Changing the shape of the leg should be possible because the bend you require is not extreme. Because of the glue joints a larger bend may be impossible, but a small change in radius is not hard.

Do not use water or you will damage finish, just use heat. If the heat gun is your only heat source you need to heat for much longer. When enough wood is hot bend leg more than is required using clamps or rope/straps and leave to cool overnight.

But if the use that caused the distortion remains, the chair will be tipping to the left again in a few months I think.

4
Use 3/4" wood for Adirondack chair?
2
Will gluing thin planks to cut out curved chair leg be strong?
1
Add backing to wood rocking chair?
2
How to fix warped wood in cane chair hiding weaving