Why are dado sides not parallel?

I'm trying to cut grooves, 5/8" deep and 1/2" wide (well, actually 15/32 because it's to fit plywood) in finished 2x4 stock (so, some kind of pine). I have a new set of stackable dado blades from Freud (so, sharp). I use a tall featherboard against the fence. Everything seems to be set up straight, and the bottom face of the groove has the correct width, but the opening is 0.5 to 1 mm wider, so the plywood fits loosely (picture slightly exaggerates the difference).

What am I doing wrong? 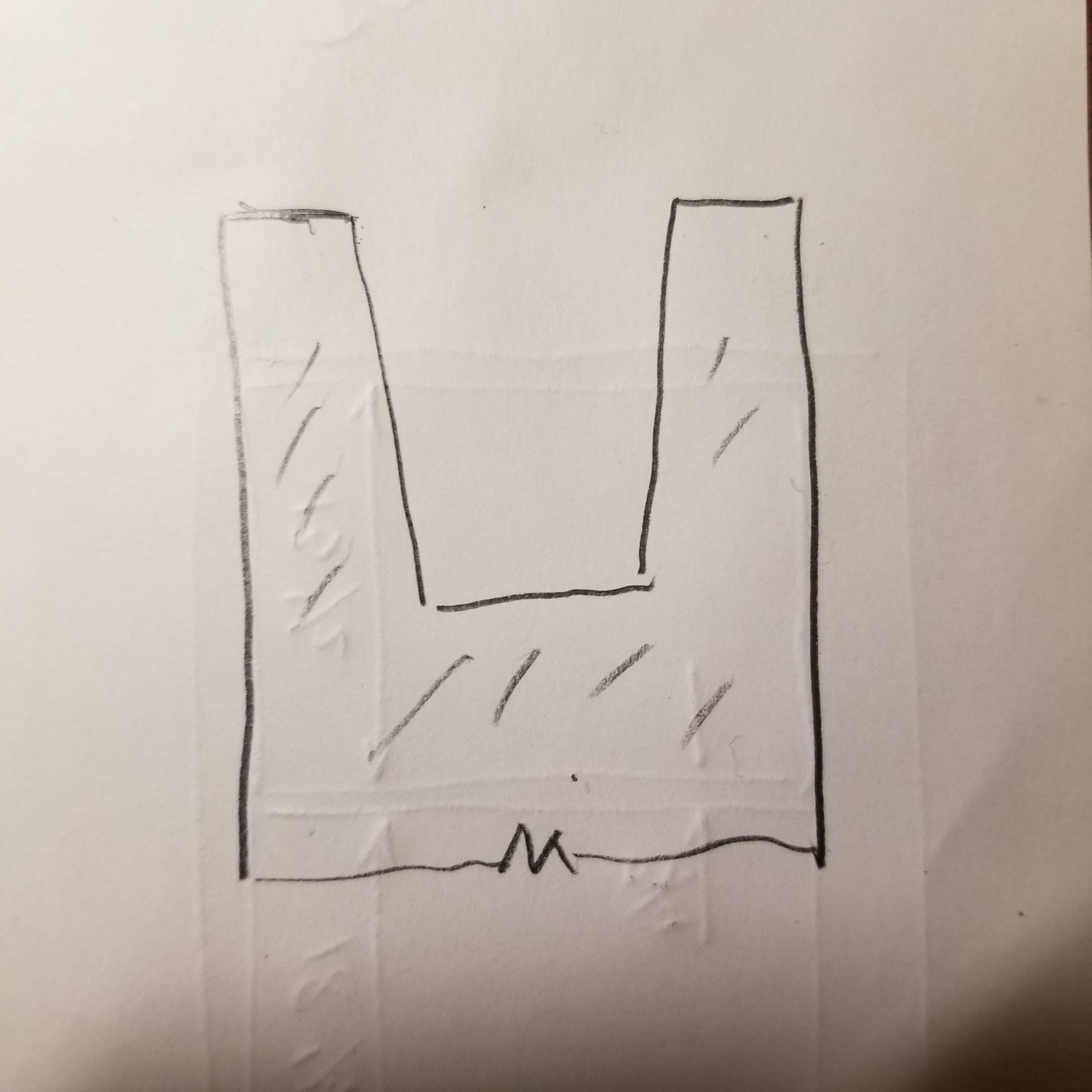 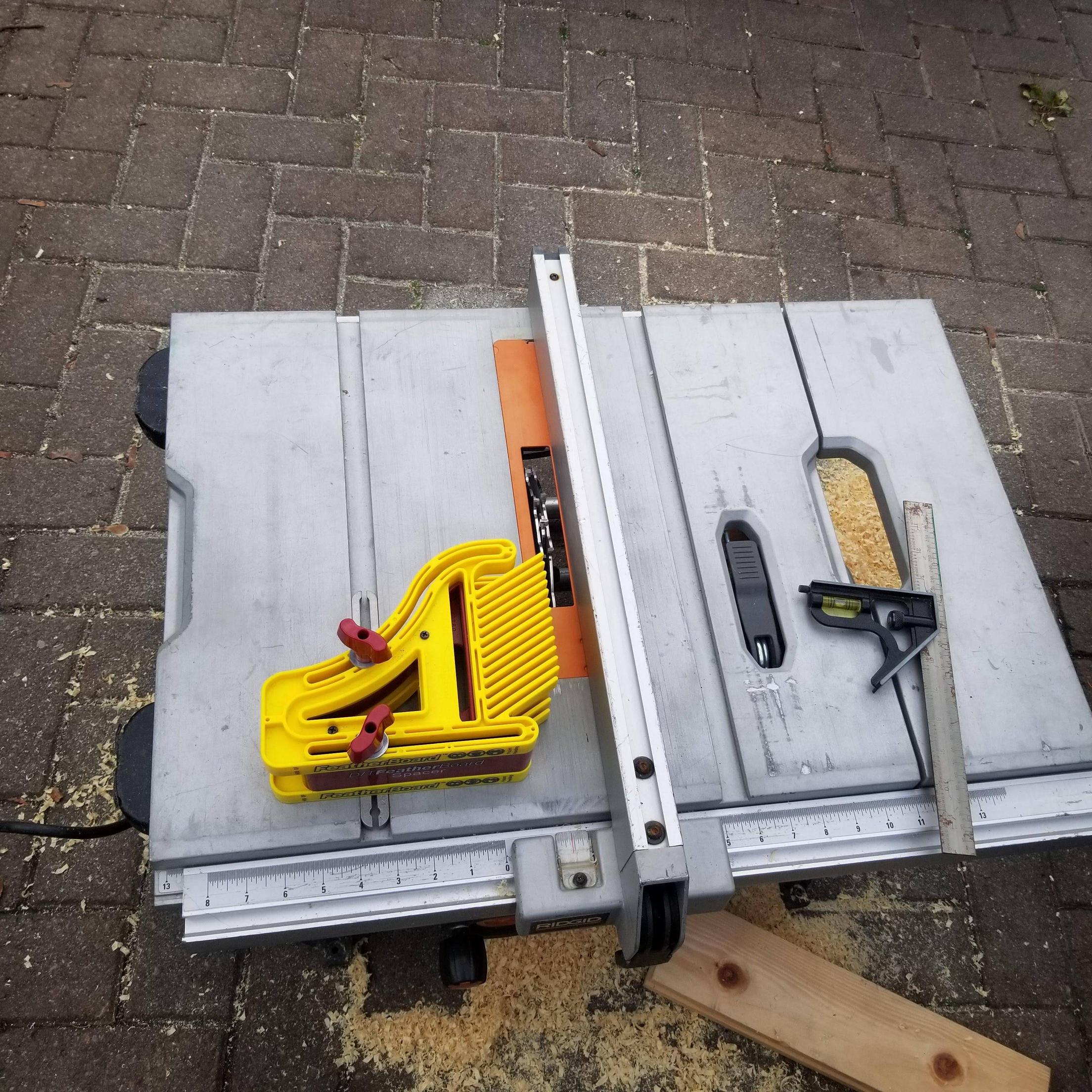 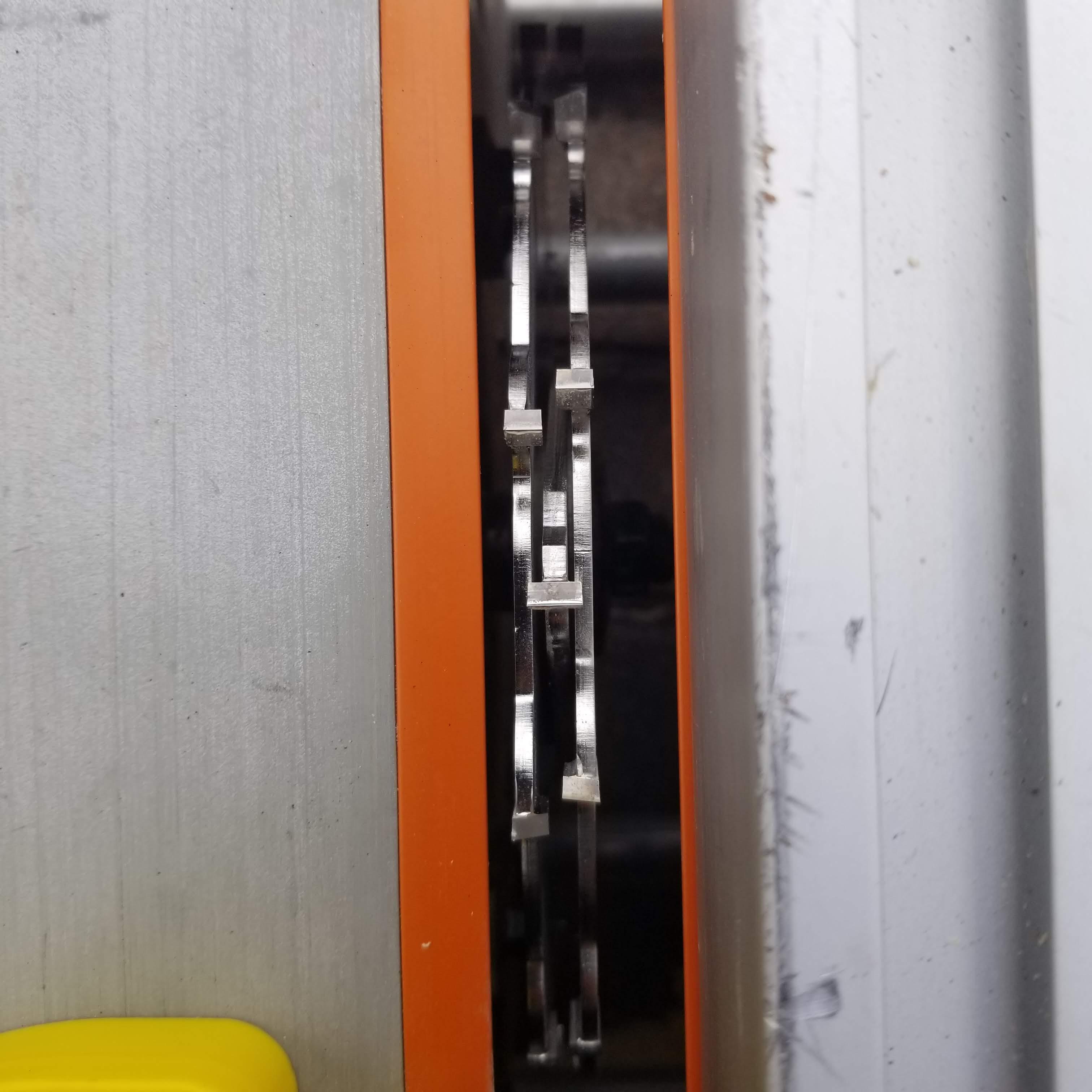 I believe that your fence is not perfectly aligned with the face of the dado blade. The out of alignment will cause the groove at the table surface to be wider. The deeper part of the grove will be narrower. 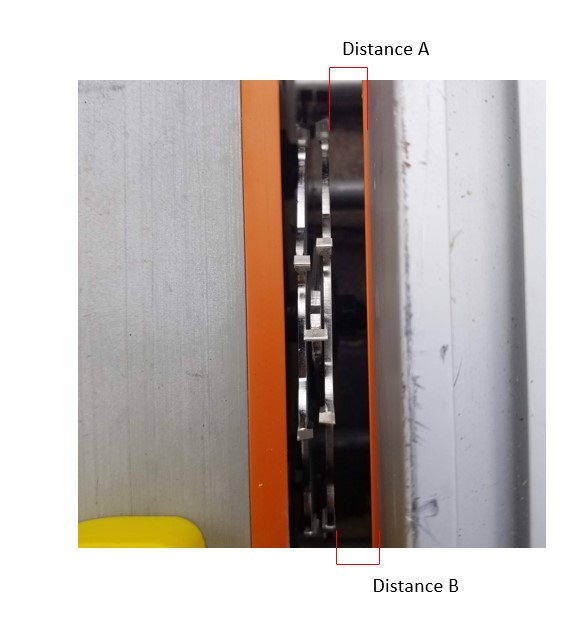 My guess is that when you stacked the blades and chippers, you didn't quite get them perfectly vertical, then when you tightened the nut down, it clamped them tight, but that one or the other of the outer blades isn't perfectly perpendicular to the table. I'd say it's especially likely to have happened if you've got any shims in the stack to get to your exact desired width. Since the shims are so thin, they can fall into the threads of the arbor and sit crooked.

Raise the dado all the way up and use a square to check. You may have to rotate the blade up to 180° to find where it's out. My personal procedure is to unplug the saw before doing so, even though it's Really Tough™ to accidently hit the power switch. I'm kinda fond of my fingers.

If that's the problem, loosen the locking nut, wiggle the blades a bit to get them to sit square and snug, make sure any shims are sitting squarely on top of the arbor threads (and haven't fallen into a thread) then hold the outer blade against the stack to keep them all tight while you get the nut finger tight. Then tighten the nut as appropriate with your wrenches. Double check with your square to ensure this setup is now properly squared.

Not to take anything away from the accepted answer (or the others) I think it's important to mention how to go about fixing the problem although the original question was concerning what's causing the problem.

Looking at the photos in the original post (especially the second one) seems to show that the saw blade is not square to the rest of the table saw. The distance between the teeth and the sides of the throat plate cut-out are plainly not the same at both ends of the blade.

By setting the blade and the fence to the common reference point of the miter slot, you will have your saw dialed-in to a specific "landmark" and close to the precision limits of the machine. That miter slot is never going to move so it makes a good "zero" to calibrate everything else from. This should eliminate this problem and other similar ones.

What you need to do to correct this:

1. Set the arbor/blade square to the miter slot on the saw table.

Specifically the miter slot on the right side of the blade. Adjusting this usually entails loosening some bolts on the bottom surface of the saw table and "tapping" the trunnion mounts one way or another to move the heel of the saw blade to the right or left and bring it in line with the miter slot.

There are aftermarket attachments that you can get to dial this trunnion adjustment in, but they can be kind of tricky on some saws or not available for others. Here's a video of a guy showing how to make this adjustment on a saw similar to yours.

A couple of points: Use a "regular" blade (not the dado stack) and measure from the flat part of a single tooth (not the carbide tip) to cancel out any deformity in the blade itself. Get this as accurate as you can but a couple of thousandths of an inch are probably as good as it gets.

2. Set the fence square to the same miter slot.

Many people will intentionally set the trailing edge of their fence a couple thousandths away from the blade to prevent kick-back. I don't know if that's entirely valid, but it makes sense. If you're going to have it slightly out, it would be better to have it open up after the blade instead of narrowing against the blade. (I'm sure there's lively discussion on this topic elsewhere here....)

Next steps could very well be to look into a replacement/upgrade to the fence system. I haven't used the saw you have, so I don't know how good the fence is. The problem with lower-end, factory fences is that they are not terribly "repeatable". In a nut-shell, there's too much difference between one cut and the next that are supposed to be the same.

There are many after-market, and plans for "DIY" fences, that you can replace the stock fence with and see vastly improved precision and ease of use. Problem is, building a DIY fence is at the mercy of the existing fence... so you may end up having to make multiple homemade fences as the accuracy improves.

The saw I use most is a 30+ year old Craftsman contractor saw which someone gave me to get rid of. After tuning and aligning it using these steps, I can make repeatable cuts within about .005" accuracy... which seems to be good enough for what I'm doing.

One possibility is that the dado blade is not square, and in that case I would expect to see circular saw marks in opposite direction on the interior faces of the slot you are cutting.

It may also be the case that removing the material is causing the wood to warp. If that is what is happening, then would probably also see variation in the slot along its length. Assuming this is happening in a rip-wise cut, you could see whether the same thing happens in a cross-cut. If it happens with cuts in either direction, it's probably an alignment problem, otherwise, it's wood warping, and you could get around that by making smaller cuts, i.e. not trying to cut the full width of the slot in one pass.

Not the answer you're looking for? Browse other questions tagged table-saw dado-stack groove or ask your own question.

21
Why a zero clearance insert?
9
When is it not possible or not practical to use a blade guard?
15
Can I make a dado blade set out of multiple regular blades?
8
What's a good way to cut a board parallel to its face?
3
Dado for T-track cross cut sled
7
Are there any best practices when using dado blades or stack?
13
4'x8' length cut - circular saw, table saw, or panel saw?
2
Table saw sled runners with just glue (not screws)
5
Why are portable table saws bad for "fine woodwoorking"?
1
Using a 5/8 dado stack on a "30mm" arbor