What is a shooting board?

This answer regarding preventing tearout when planing end-grain suggests using a shooting board. What is it, and how does it prevent tearout?

"Shooting board" refers to a family of jigs that are used for squaring the butts or end-grain of boards with hand planes. They are also used for joinery by planing multiple boards at once in an effort to match joint angles.

The basic premise is the same on most of the jigs: two flat boards, one on top of another. The wider of the two boards is placed on the bottom creating a fence for the hand plane to follow. On top of the boards is where you would create stops to prevent the piece you are planing from moving.

The hand plane typically will move at a right angle along the fence. Simple shooting boards cut at 90 degree angles but the stops or other fences can be positioned to allow other angles. 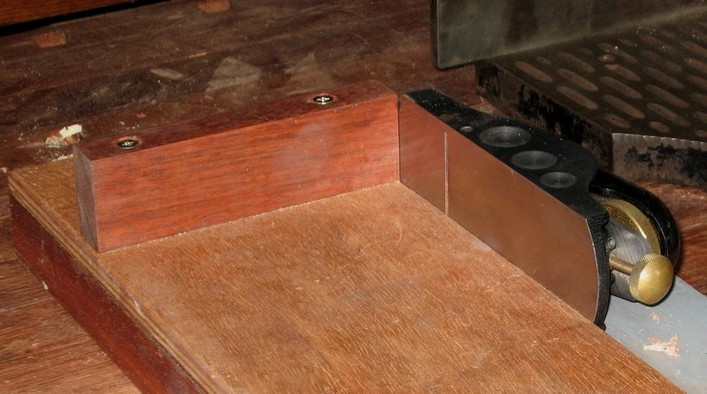 The picture above shows the fence that the hand plane would follow. The top piece of wood is the stop where the wood piece is located.

Variations of that design will allow for different results. As mentioned earlier, it could be used in joinery. 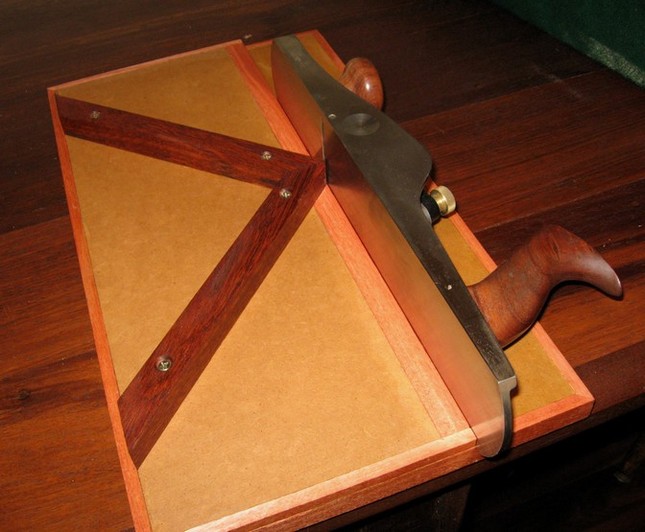 In the above Double Mitre Shooting Board you see that the basic design is still there: a fence for the plane, and stops. Planing two pieces at once, when properly mounted, will give both ends perfect angles. This particular jig could be used for framing and cabinetry.

I have not personally used a shooting board but at first glance it does not seem designed to prevent tear-out. That first impression was in error of course. When used properly the shooting board will shave a small controlled portion with each pass. Also, the fence is designed so that the plane will follow along at a 90 degree angle. Normally freehand planing could allow for slight changes in angles based on pressure and your work piece - the theory being that the controlled movement stops tear-out.

More importantly: As long as your plane is sharp and not protruding too far, the pass on the shooting board will slice and not push the wood. This should prevent tear-out as well.

If you are having issues visualizing how this works, without constantly damaging the fences, this picture gives some context and detail that cannot be seen from general pictures of shooting boards.

For more reading I recommend InTheWoodShop which has some details on making your first shooting board (And from which I found some good pictures).

Not the answer you're looking for? Browse other questions tagged terminology or ask your own question.

0
What are the steps in building a shooting board?
17
What's a bench hook?
5
How do I avoid tearout when planing end-grain?
6
Cutting tight miter joints for a frame around an existing object
4
How to make a mitre cut along the width of a board with hand tools

4
What is luster?
13
What is the difference between a dutchman patch and a butterfly patch?
17
What's a bench hook?
5
What is this type of screw from a piece of flat-pack furniture called?
5
"Annealing" wood?
3
Determining flexibility of wood types from charts and tables
9
What is a board foot?
4
What is aircraft plywood? What is it used for?
1
Cutting a rectangular hollow into lumber -- what is the correct term?