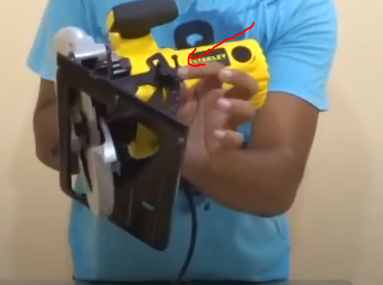 hi - Please guide what this thin screw is for and how it used. I searched a lot but no luck. Not even in product mannual.

It's very hard to tell exactly what screw you're talking about from that distant and blurry picture. However there are a couple of possibilities.

Funny, five days later and I've just realized that saw says "Stanley" on the label, not DeWalt so the comments below about DeWalt (and the link to their repair site) don't really apply, the 3rd party part suppliers should both carry parts for them, and the recommendation for finding the official Stanley parts supply is the same as that for finding the DeWalt parts site.

Not the answer you're looking for? Browse other questions tagged circular-saw or ask your own question.