What is this plane

I bought this plane 35 years ago at a flea market just because I liked it. 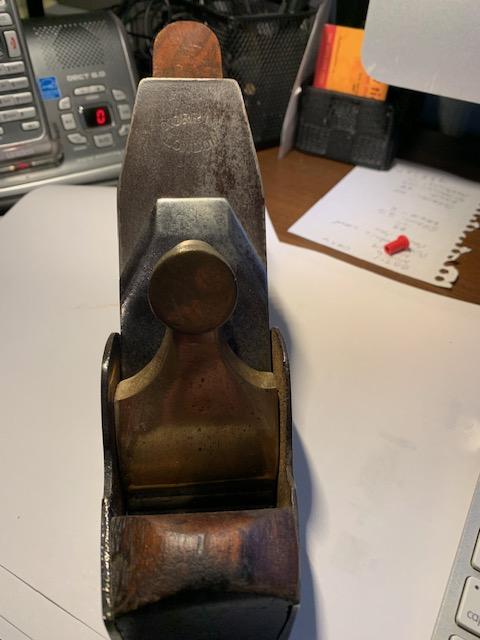 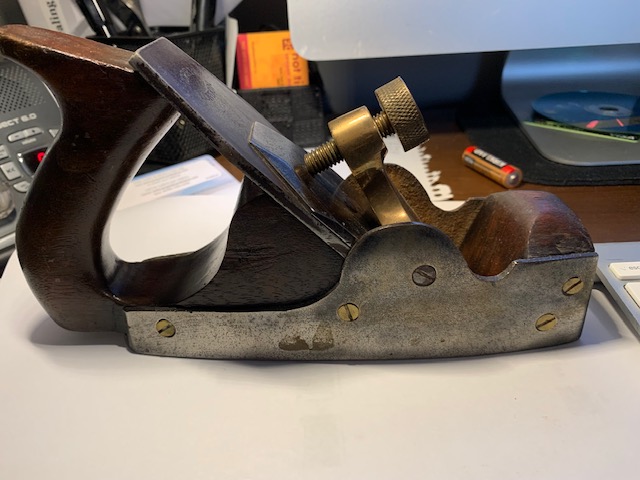 Can any one tell me what it is or is it a combination of parts?

This is built in the style of a British infill plane, with an iron or steel body, hardwood 'stuffing' (mahogany?) and brass or bronze lever cap.

It's a smoothing plane, or as commonly called today a smoother, which are intended to be the last plane in a sequence that takes wood from rough to perfectly flat and flawlessly smooth.

We can just make out in the first photo that it has a Norris iron (and presumably cap iron) fitted, but that doesn't mean it is a Norris as both parts were sold as separate components. While superficially it looks like one of their planes that weren't fitted with the now-famous-again Norris adjuster I don't believe Norrises ever had such prominent screws through the cheeks holding the infills in place. This and other key details I think argue strongly against this being a Norris.

So despite how professionally made this looks there is a chance it's a user-made tool; possibly from a kit of parts sold through a magazine.

More on infill planes, if you're interested, at The Infill Planes Showcase.

Not the answer you're looking for? Browse other questions tagged plane tool-identification or ask your own question.

19
How do you plane end grain?
7
Is a broken handle on a hand plane fixable?
7
How do I identify hand planes?
6
What is this turning process on the woodworking Wikipedia page?
3
Problems adjusting block plane
3
Stanley 9 1/4 block plane depth adjuster interferes with lateral adjuster
2
How can I salvage the ura on my japanese plane blade?
8
Can a bad mouth plane be saved?
5
Hand plane gouging wood even with fine adjustments
2
What is a router plane fence designed for?