Is there a drill holster that is not attached to a belt? [closed]

This question does not appear to be about woodworking, within the scope defined in the help center.

I am in the process of building a second floor to our container home which includes the mindless task of screwing thousands of screws into sheets of OSB.

So far I have only used drill holsters or pouches that attach to your belt or the ones that come with a belt like contraption. 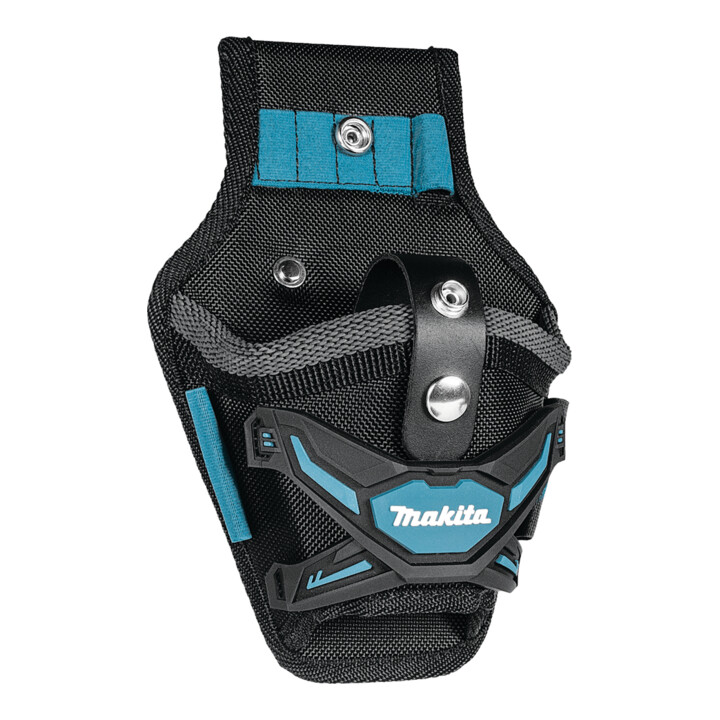 I find them both very inconvenient in terms of carrying and picking up the screwdriver quickly and they keep pulling on my pants.

I would love to have something similar to a camera strap like these ones: 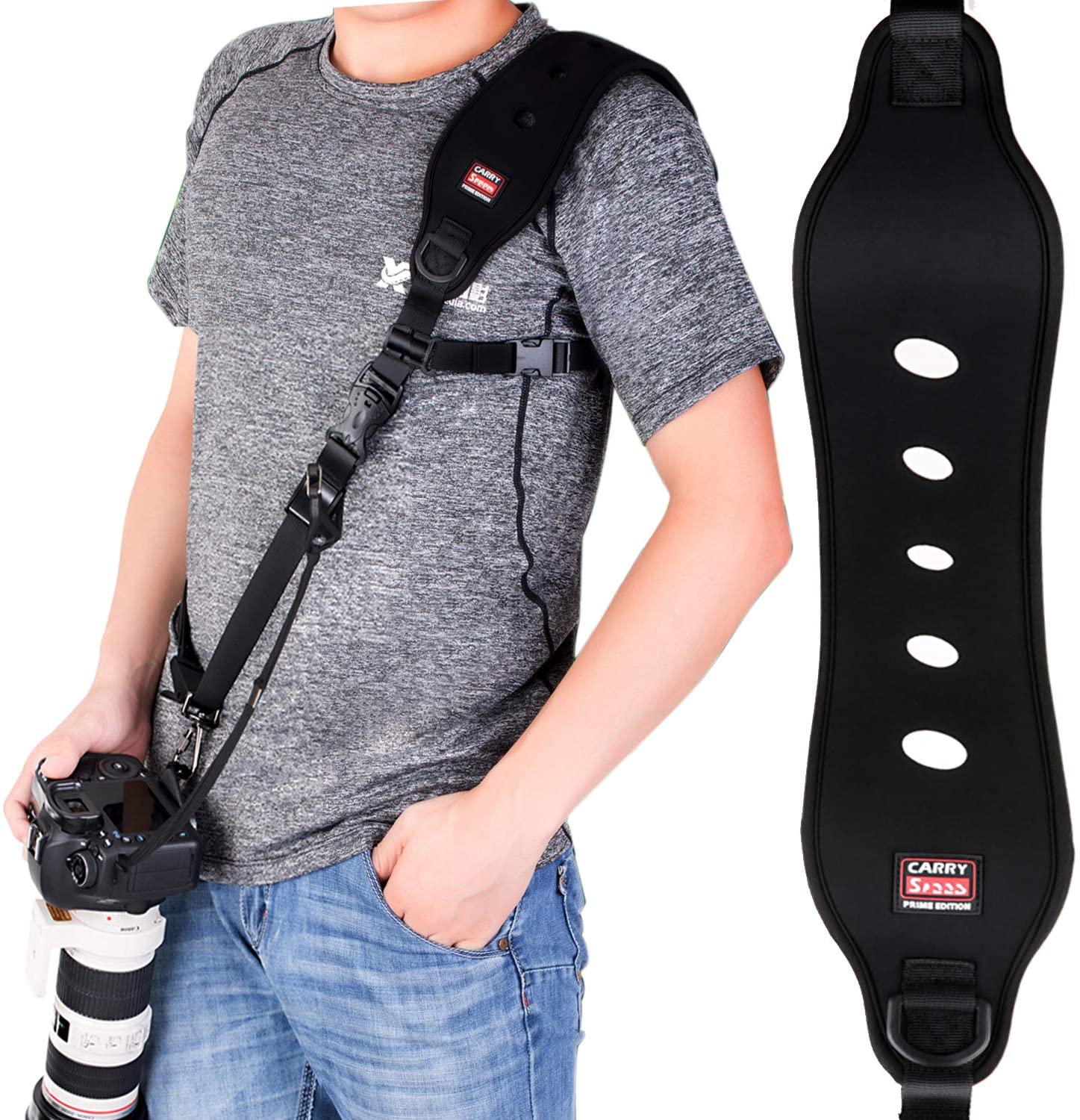 That allow me to:

Does anyone know if such a thing exists and what it's called?

Makita drills (and I'm sure others do as well) come with an optional hanger so you can safely hang it upside-down when you are up on a ladder. It is intended to slip into a belt (not the fancy holster you show) but it'll go anywhere that hook can conveniently fit.

When I was in the trades those up on the ladders would rig up a receiver for that hook on the ladder itself. If you can find a way to hang such an awkward mass safely using a home-brew harness you can try that. I've never seen any after-market harness -- we'd just wear a minimal pouch-and-belt and hook the drill into that or hang it from the ladder. Some guys even had a lanyard attached to it so they didn't drop their precious tool (or brain their less-precious co-workers).

6
Drill a perfectly centred hole in a cylinder
1
Where can I find a replacement chuck for a drill press?
2
What features should I look for when buying my first drill?
6
What is the purpose of the side handle on a hand ("eggbeater") drill?
0
What's a "Brad" and What's a "Lip" When Talking About a Wood Drill Bit?
3
Drill press, chuck falls down. How do I repair?
2
Self centering dowel jig not centered...How to align correctly?
1
How is a straight arbor retained and engaged on a drill press?
4
Why are drill bits often too short for a pilot hole