I'm trying to refurbish the posts and beams in my house. They're quite beat up in some spots and have water damage streaks in the existing finish(es) in others, so I've decided to strip the existing finishes and re-build them rather than just paint over. The beams are also solid timbers up to 40' in length, which I think is a unique feature of the house and shouldn't be covered with paint.

I've tried to refurbish a few beams already and, unfortunately, the results haven't met my standards. The unique challenges of this project are:

Given the above, how can I achieve an even, semi-opaque, medium tone finish on large, vertical surfaces of douglas fir? 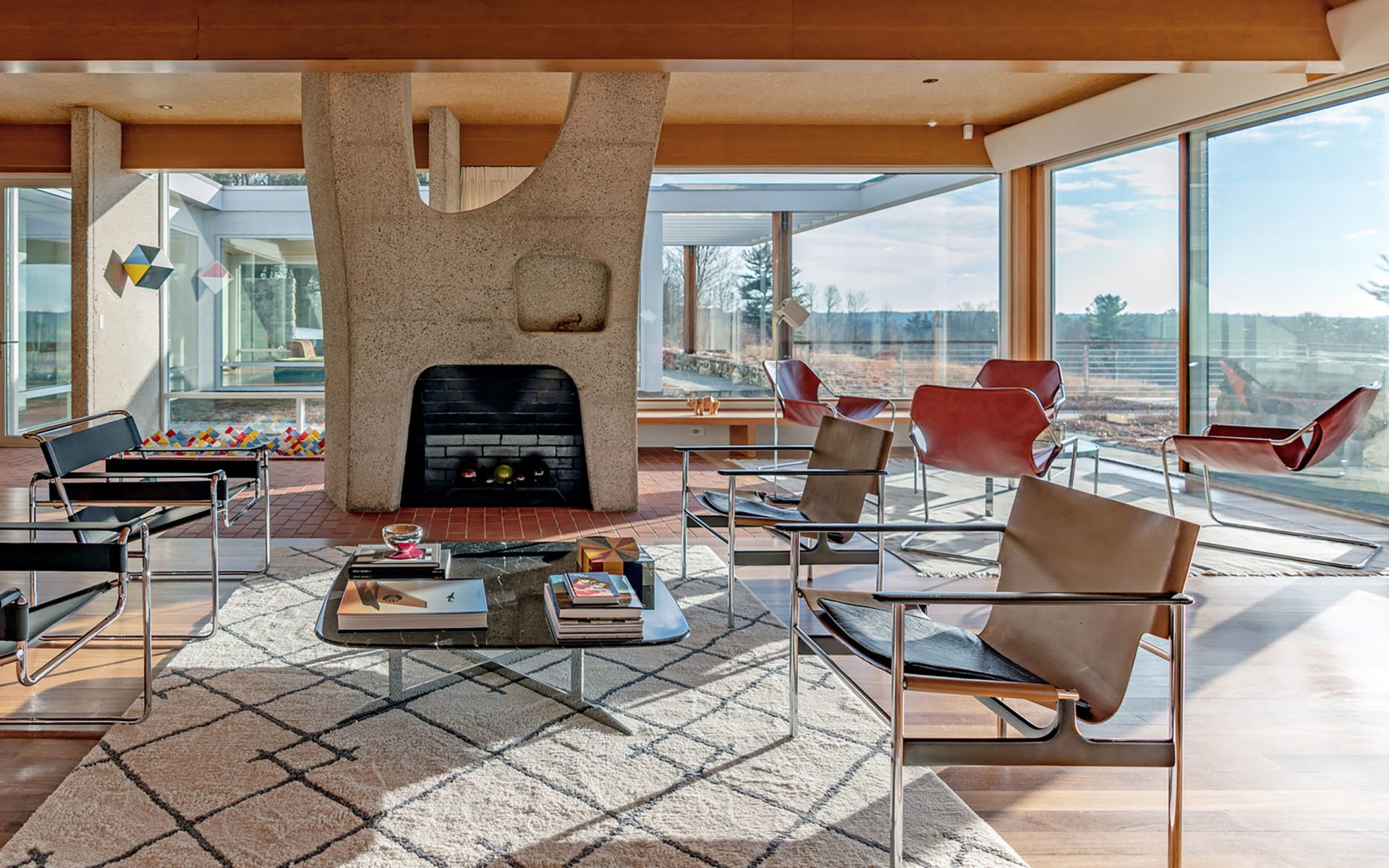 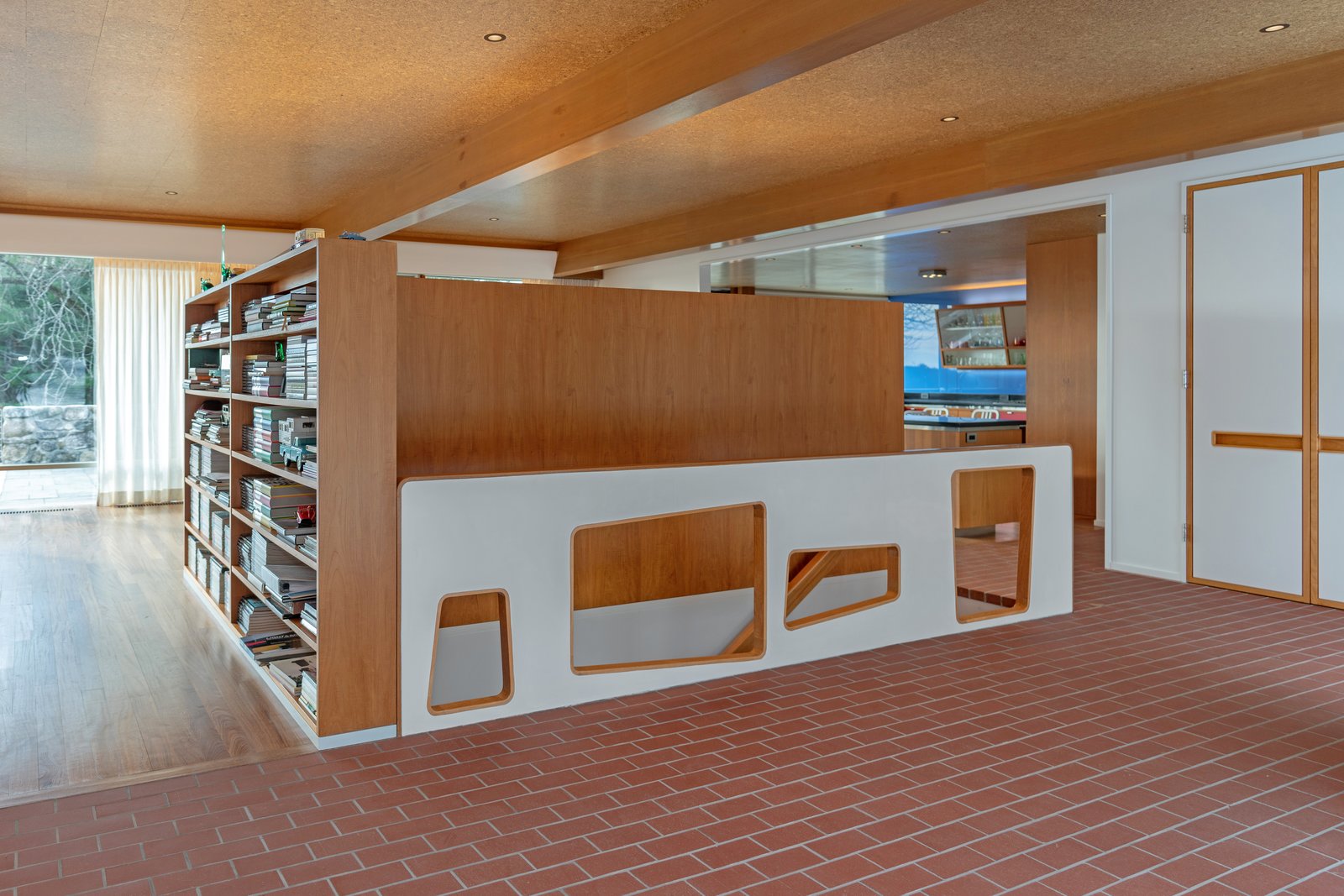 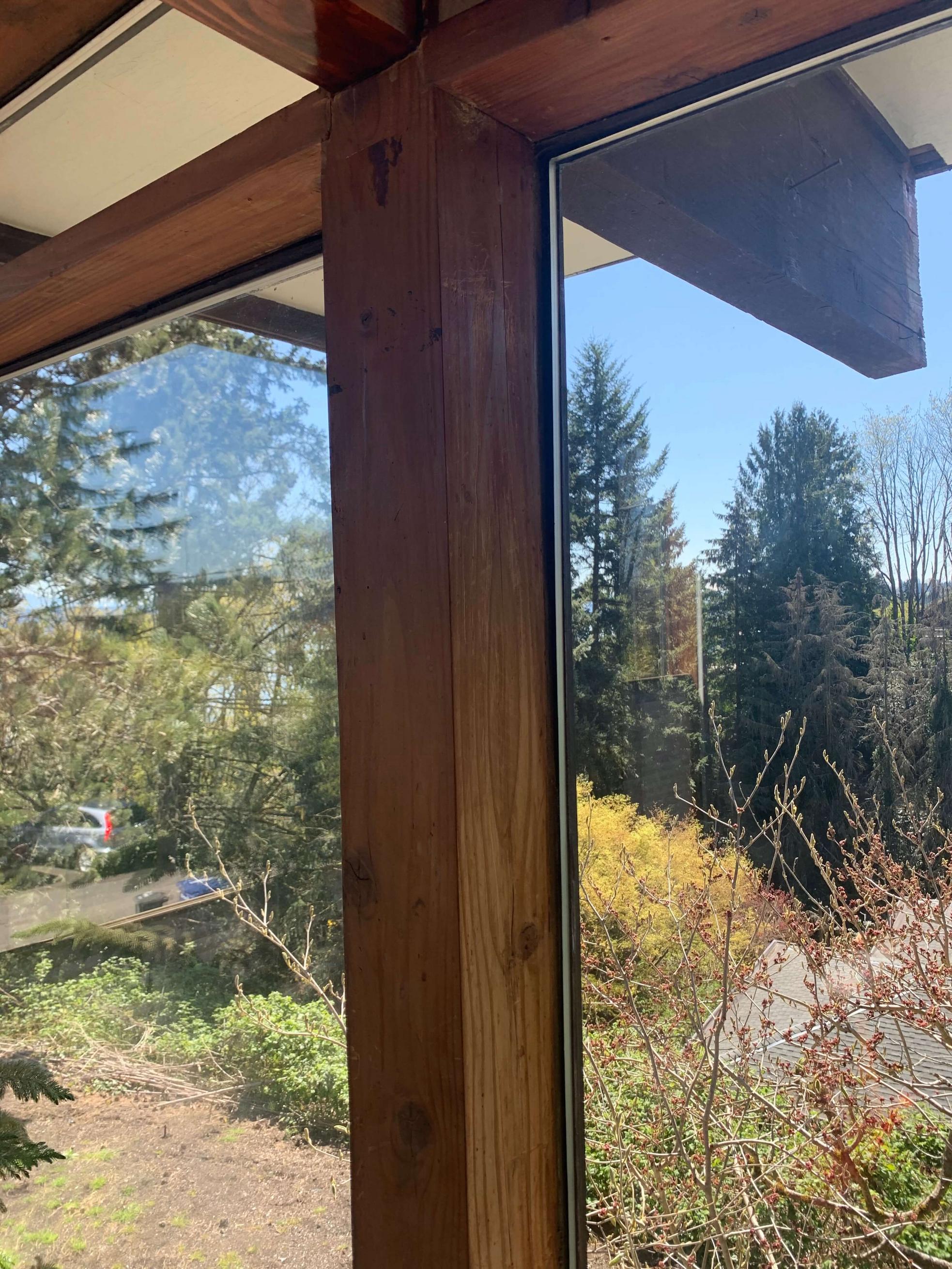 . This is actually pretty close to what I want the new finish to look like but with a higher sheen, and without the damage of 70 years! 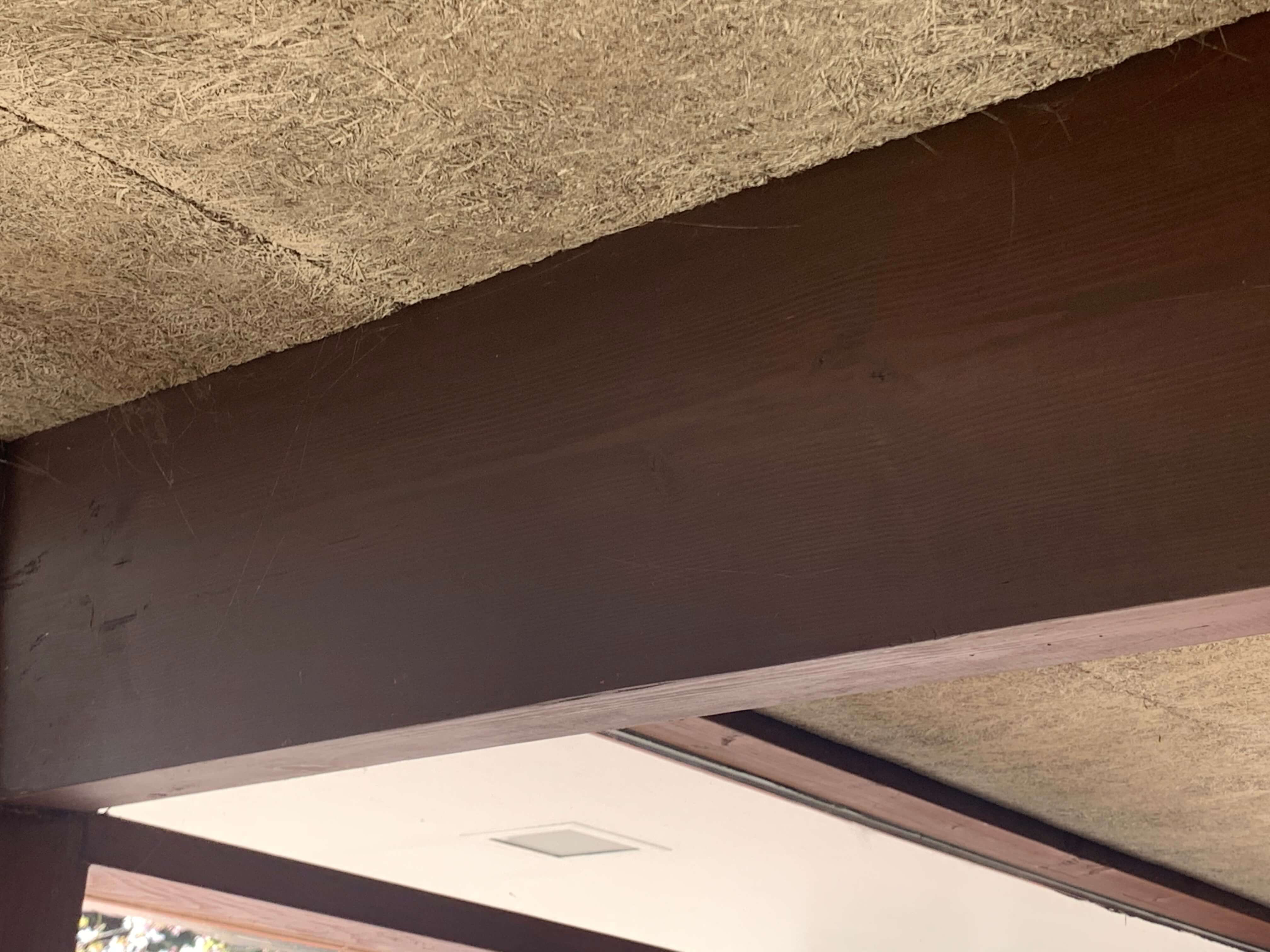 My first attempt was to sand down the paint off the beams, sand to 180, and use Seal-A-Cell (de-waxed shellac) to seal the beam. Then I applied 1 coat of General Finishes gel stain (5pt Brown Mahogany 1pt Georgian Cherry). Then I applied 3 coats of semi-gloss Arm-R-Seal (poly). The results look like this in the best case 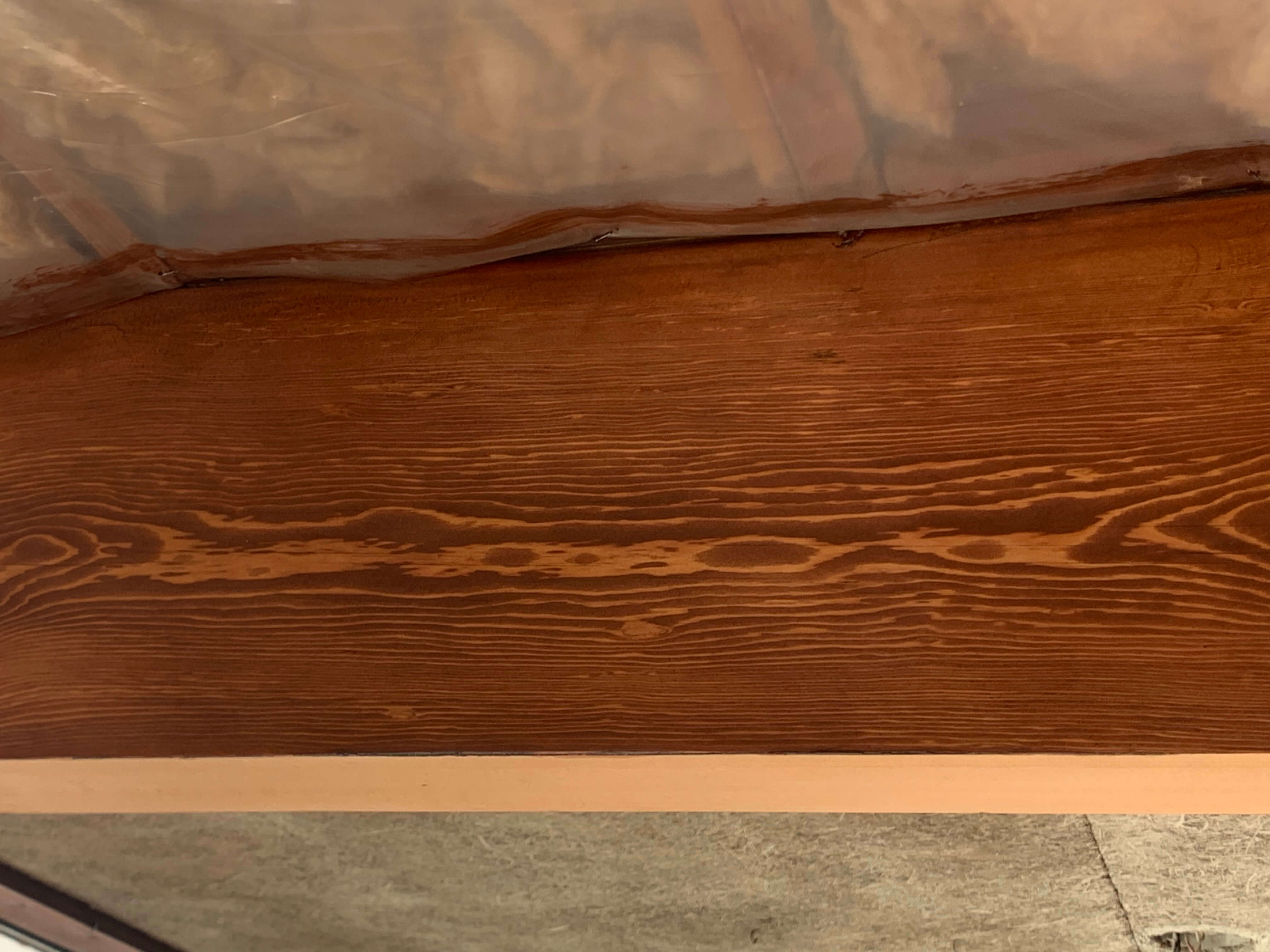 and this in the worst case 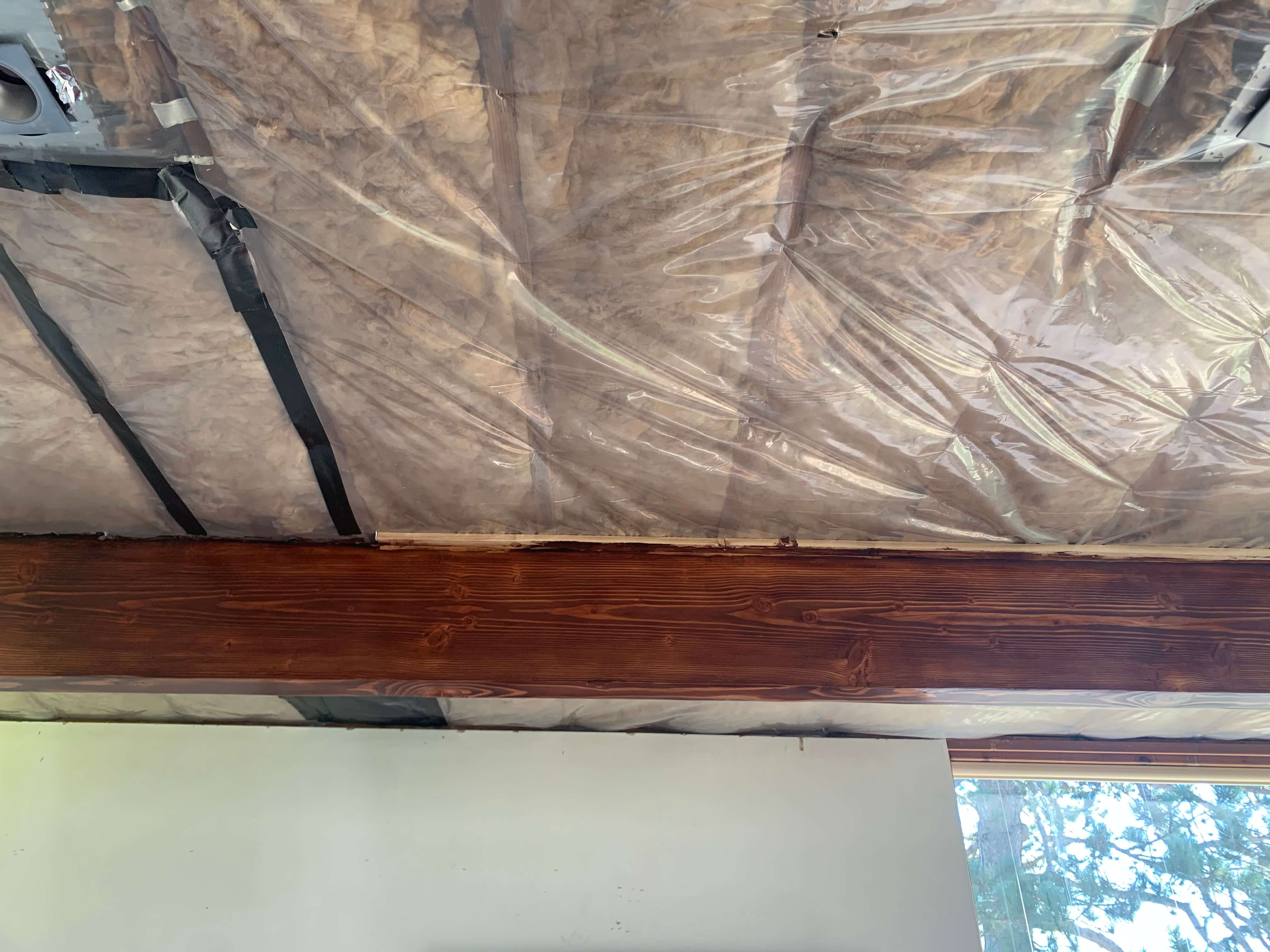 . You can see that despite sealing the wood with shellac there was still considerable blotchiness, and even when the stain is "even", the grain pattern is extremely loud.

I'm probably going to sand down attempt #1 and try again either using many coats of dye-tinted shellac, or a paint cut with glaze or paint thinner. I'd love yall's perspectives and thoughts on this!

3
Do I need to sand, condition, prime etc and what paint and stain is best to finish my Armoire?
1
How do I fix a new douglas fir tongue and groove exterior floor that is oozing sap?
3
Douglas fir stair treads spots not staining?
1
Refinishing an "antique" storm door
1
How to correct water based stain dried streaky
1
Curing no-VOC finishes indoors?
2
Can preservative-treated Douglas fir safely be used indoors (after planing the outer layer off)
2
How can I fix smears after wipe on gel finish?