I have a few novice questions about repairing a wooden frame for a chair (upholstered recliner type, not a kitchen chair although it does not recline) that arrived damaged.

Two of the corner pieces are broken which I am planning to recut and I want to make sure they are secure.

For the screws, are those indentations pocket holes? Is there any benefit to having them instead of drilling a pilot hole and putting a few screws at a similar angle? Anything else worth doing to reinforce? 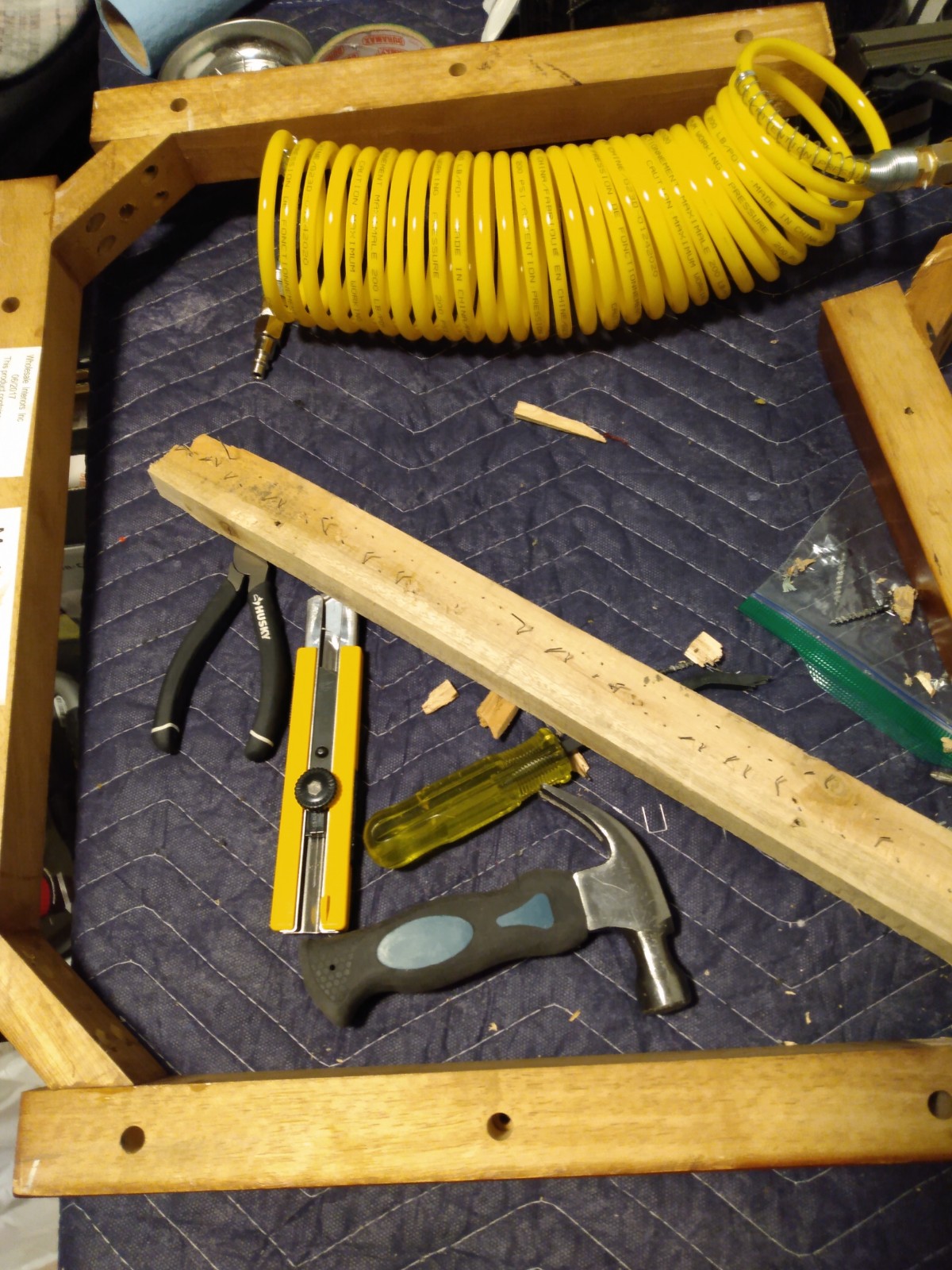 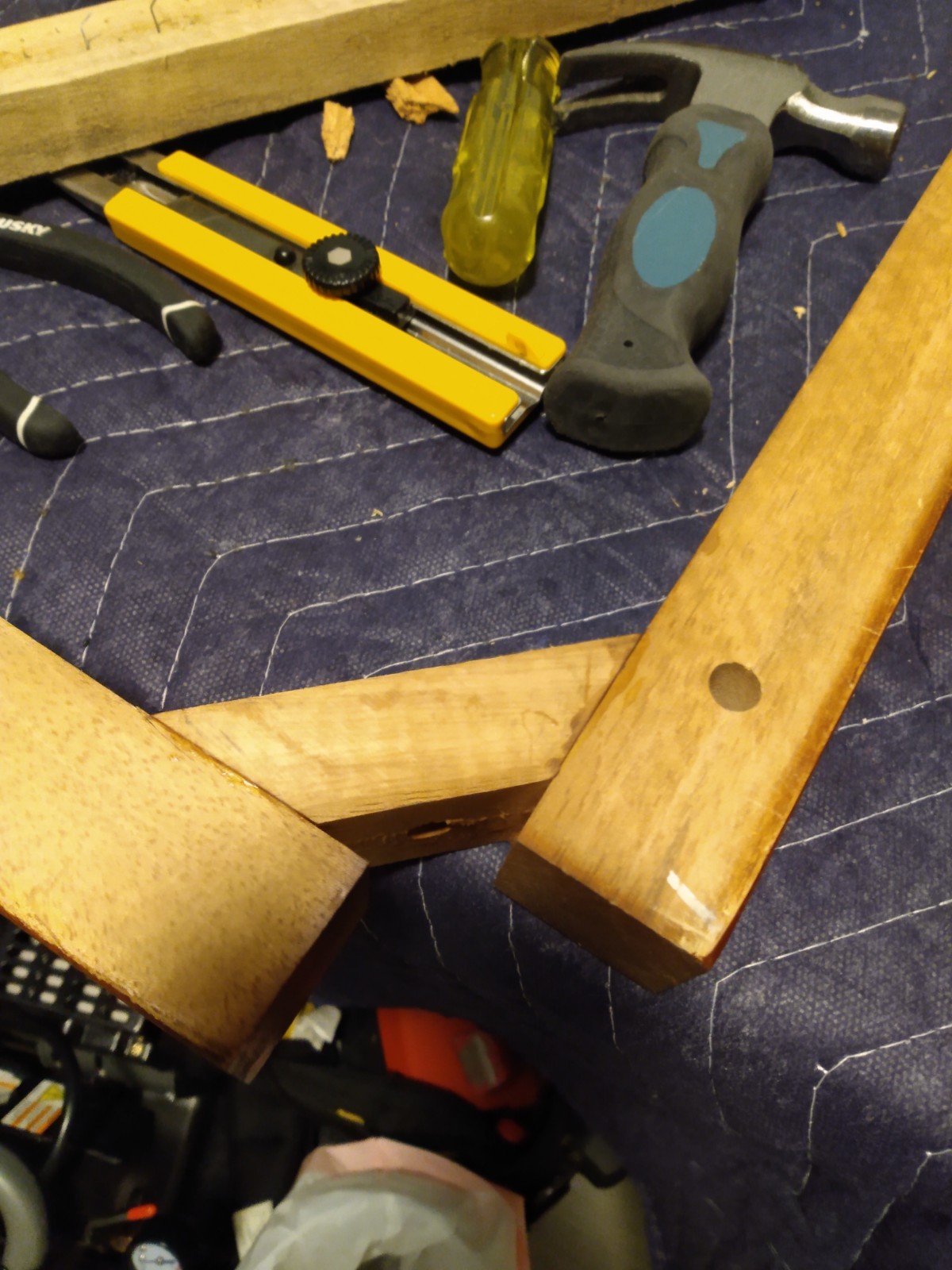 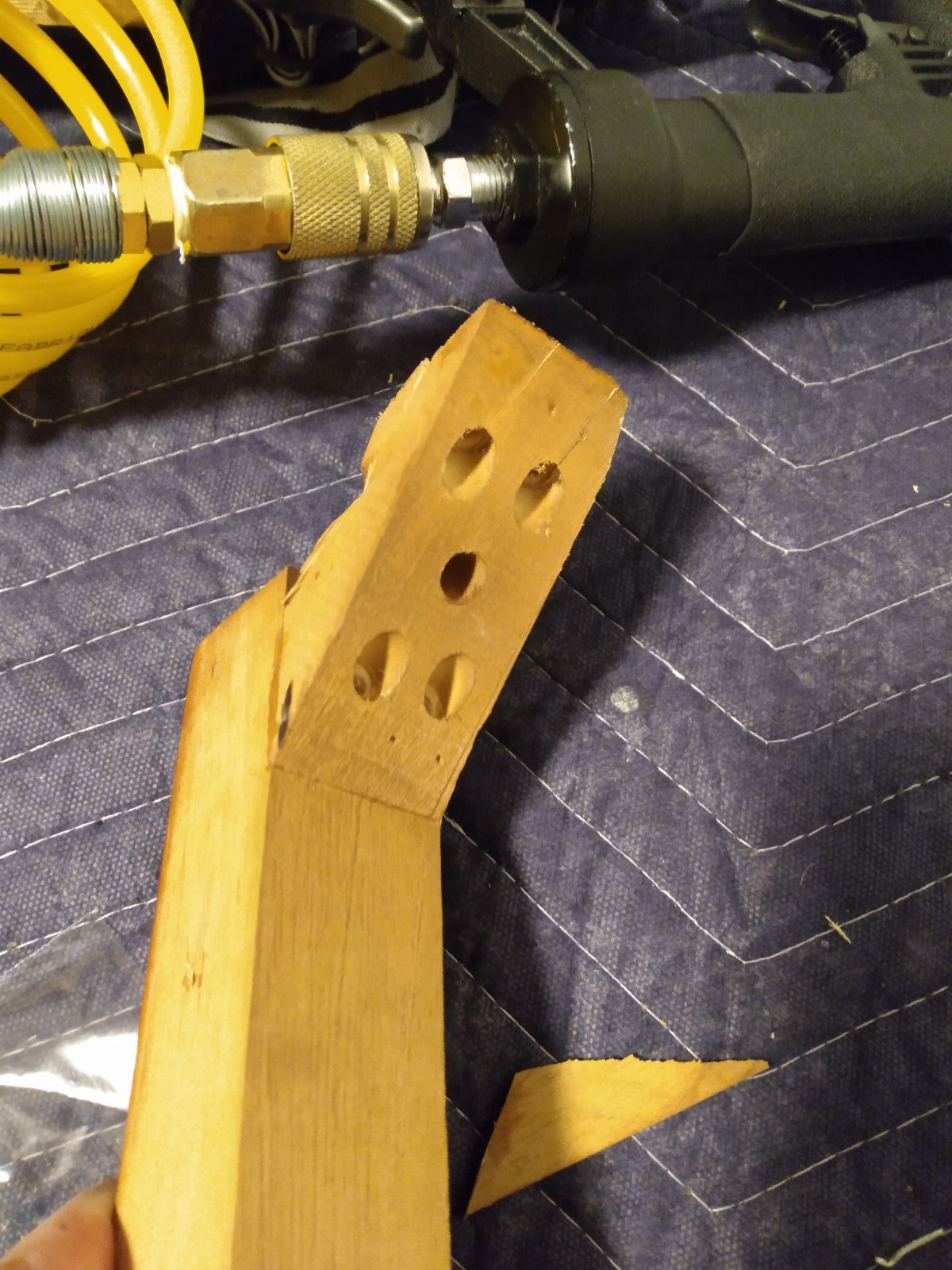 BTW do realise this is not merely two end-grain surfaces glued together (the weakest glue joint). It's an end grain | long grain joint which is not as weak as often supposed..... assuming it is done well.

Just to mention, many such brackets are actually so lightly glued in the factory that the adhesive might as well not be there ^_^ While there's no reason not to glue, the screws/bolts could be considered to be doing the bulk of the heavy lifting here as they do when there's very little, or no, glue used.

For the screws, are those indentations pocket holes?

Is there any benefit to having them instead of drilling a pilot hole and putting a few screws at a similar angle?

Probably not, although screwing in at an angle generally allows one to install longer screws than otherwise here they can't be that much longer because otherwise the screw will end up poking out of the end of the frame pieces.

BTW important distinction to make here: if you go with the original screw installation you'll be drilling clearance holes in the bracket pieces at the bottom of the counterbores, not pilot holes. The pilot holes go into the second piece of wood, the one that the screw actually bites into. See Are there specific types of screws I should use for woodworking? for more detail.

Anything else worth doing to reinforce?

It's not pictured but I presume the fourth frame piece that the bracket tore loose from (the one with the pilot holes) needs to be recut or repaired. If you are repairing it's stronger to use long-grain plugs instead of the usual fix, a short piece of dowel.

Other than that it's up to you really. A lot of things in furniture construction are a case of over-engineering for strength, which is sometimes important but other times not, so is done more for peace of mind than actual real-world benefit. Now chairs are a case where it is important to make the thing as strong as you can, within reason, but the existing bracket installation is already an example of belt-and-braces (glue and screws) so I think you're safe assuming it's strong enough for the application.

Not the answer you're looking for? Browse other questions tagged wood-repair or ask your own question.

8
Are there specific types of screws I should use for woodworking?
13
What are the different grain directions, and how do they affect joint strength?

7
What options do I have to repair this chair?
5
Advice on repairing a broken bed
2
How should I fix a broken chair stringer?
3
Reinforcing/repairing a soundboard
2
Strategy for Restoring an Old Rocking Chair?
1
Repairing small crack in cutting board
2
Advice for repairing shaped glass cabinet doors