How do bench dogs work?

At my woodshop, a lot of the workbenches have holes in the tops. 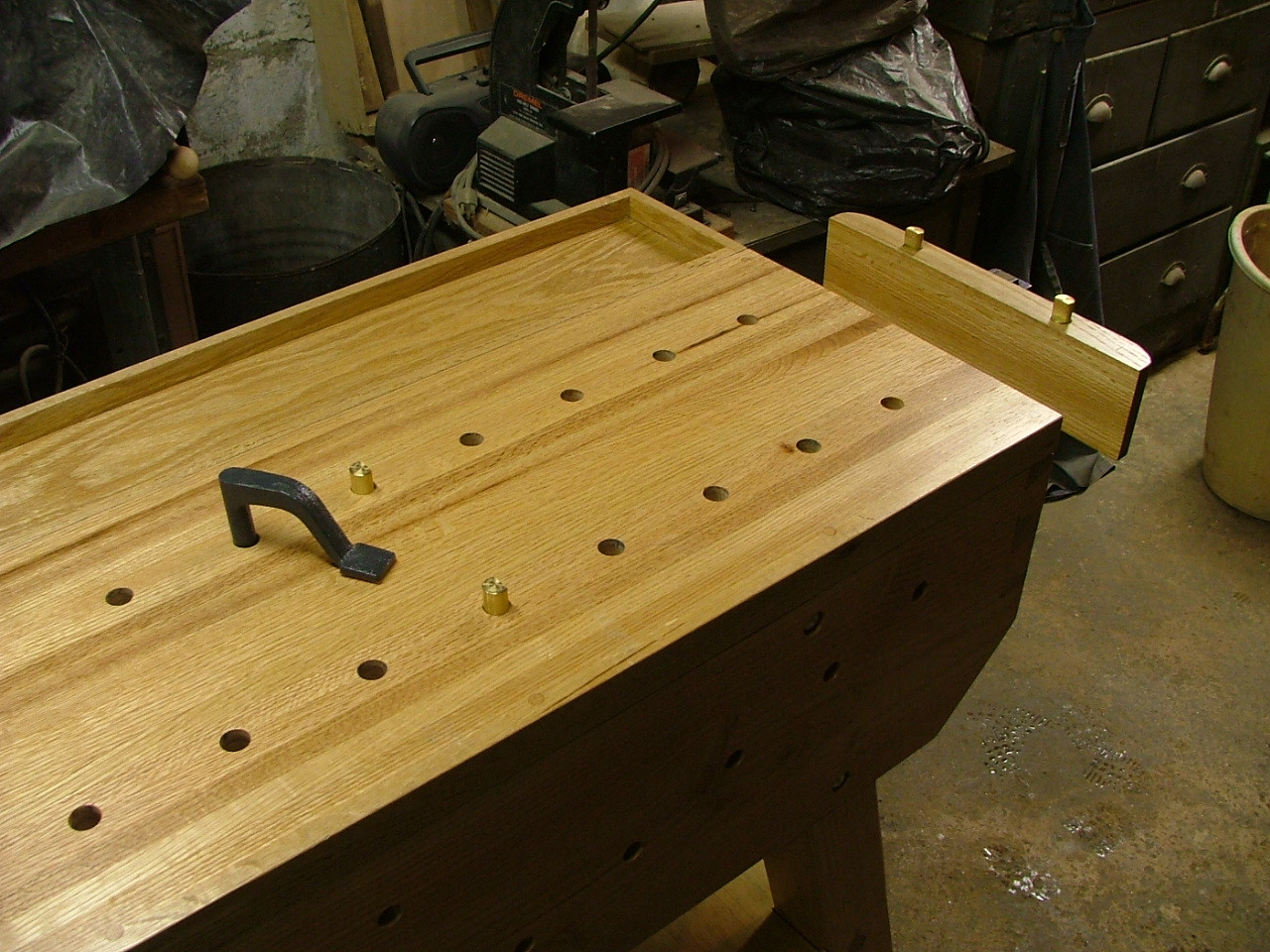 I'm told these are for "bench dogs". What are bench dogs and how do they work? Why they're called "dogs".

Bench dogs allow you to clamp a long workpiece that wouldn't normally fit in the jaws of the bench vise. There's a set of dogs that attach to the vise, and a set that attach on the table, essentially making one really big vise. One application would be holding down a board for hand planing. 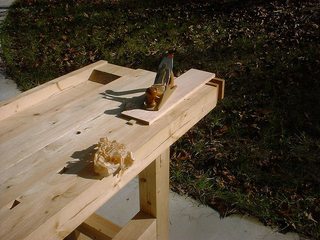 They're usually in the form of pegs with a lip that sit in the pre-drilled dog holes and act as a stop. In the picture you included in your post, the brass pegs are the bench dogs. Note that they have a flat milled face to provide a better clamping surface. Other versions of wooden or plastic dogs are often square.

The reason there are multiple dog holes is so that varying length boards can be secured by selecting the right set of holes.

Pure speculation on my part, but they could be called "dogs" because they resemble a prairie dog popping out of its hole.

After a little Googling, turns out the engineering term "dog" is used for denoting a device to prevent movement. It is thought to be derived from how a dog (the animal) can bite and hold something. Add on that it's used in a bench, and there you have it. (I still like my explanation better.)

In addition to bench dogs (explained well by Doresoom above), there are other devices that use the same holes. A holdfast uses the thickness of the bench to hold down a piece of wood with no additional clamps. You can also get a product called Wonder Dogs that let you apply pressure at odd angles. These combine with your bench to allow clamping work pieces of many shapes. 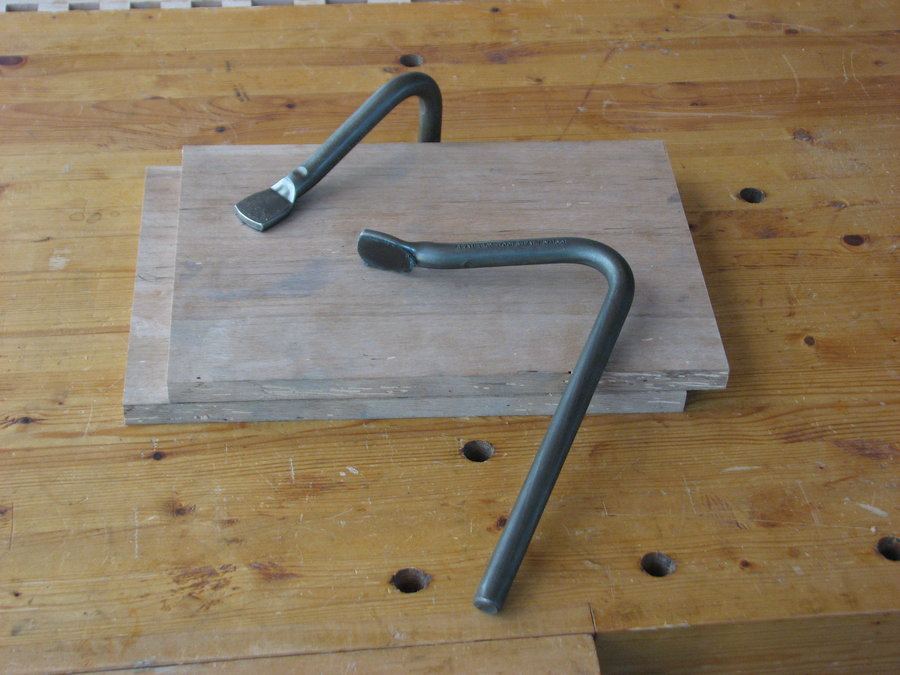 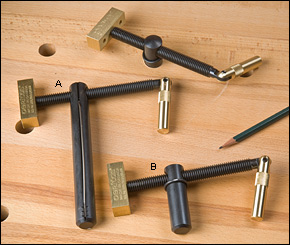 Not the answer you're looking for? Browse other questions tagged workbench bench-dogs or ask your own question.

10
Can one install bench dog holes in soft surfaces like MDF or softwoods?
11
Is there a recommended distance between dog holes on a work bench?
7
Using softwoods for bench tops
6
Small, Lightweight woodworking bench Styles
7
What are the holes on the skirts and legs of benches for?
5
Design considerations for a machinist's work bench
7
Garage work bench compound miter saw position
6
How to clamp very thin wood for planing
2
What are the pros and cons of MDF as a workbench top?
5
How to secure bench top equipment to a mobile surface