How to Attach Sides to Rabbit Pen

I am making my daughter's rabbit her own "room". I bought some pressure treated plywood and made a 6' x 6' square and covered it with fake grass. Put a bunch of 2x4s under it, and put 12" x 3/4" shelving on the sides so she could kick stuff out of it. That's the base, and it turned out pretty good. It is sitting in the corner of the room, so it had walls on two sides, and I want to make sides for the other two. 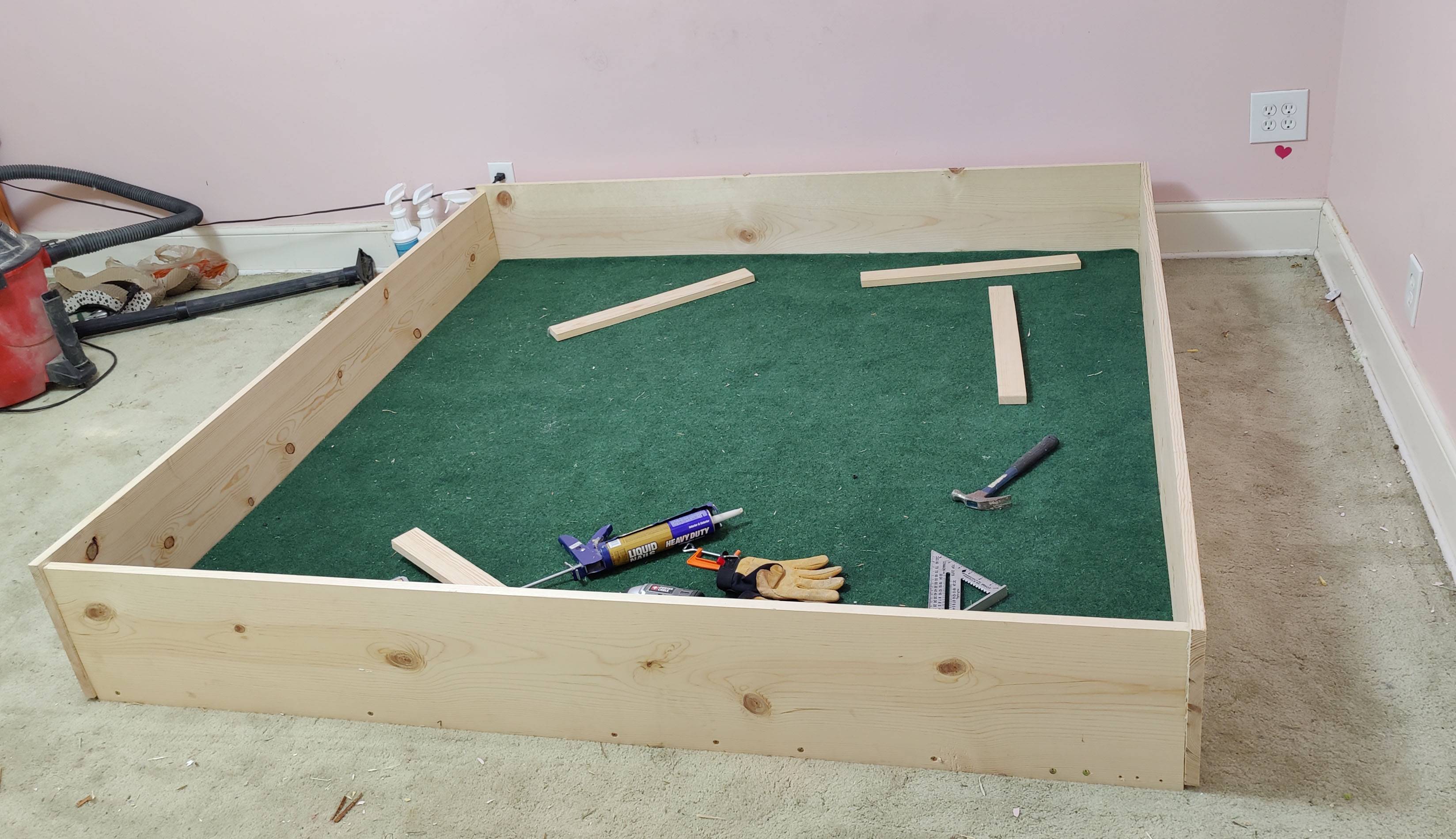 My idea is to build the frame with 1"x4" wood. I'd staple 1"x1" welded stainless steel wire mesh to it, and them put another 1"x4" frame on the other side and screwed into each other. My thoughts are this... First, the welded wire mesh will hold up a lot better than the cheap chicken wire crap on the old hutch. Secondly, if it's between two layers it can't just pop off with pressure from one side. Lastly two layers of 1"x4" will give me a stronger (than a single layer of 1"x4" or 1"x2") side without being TOO bulky. 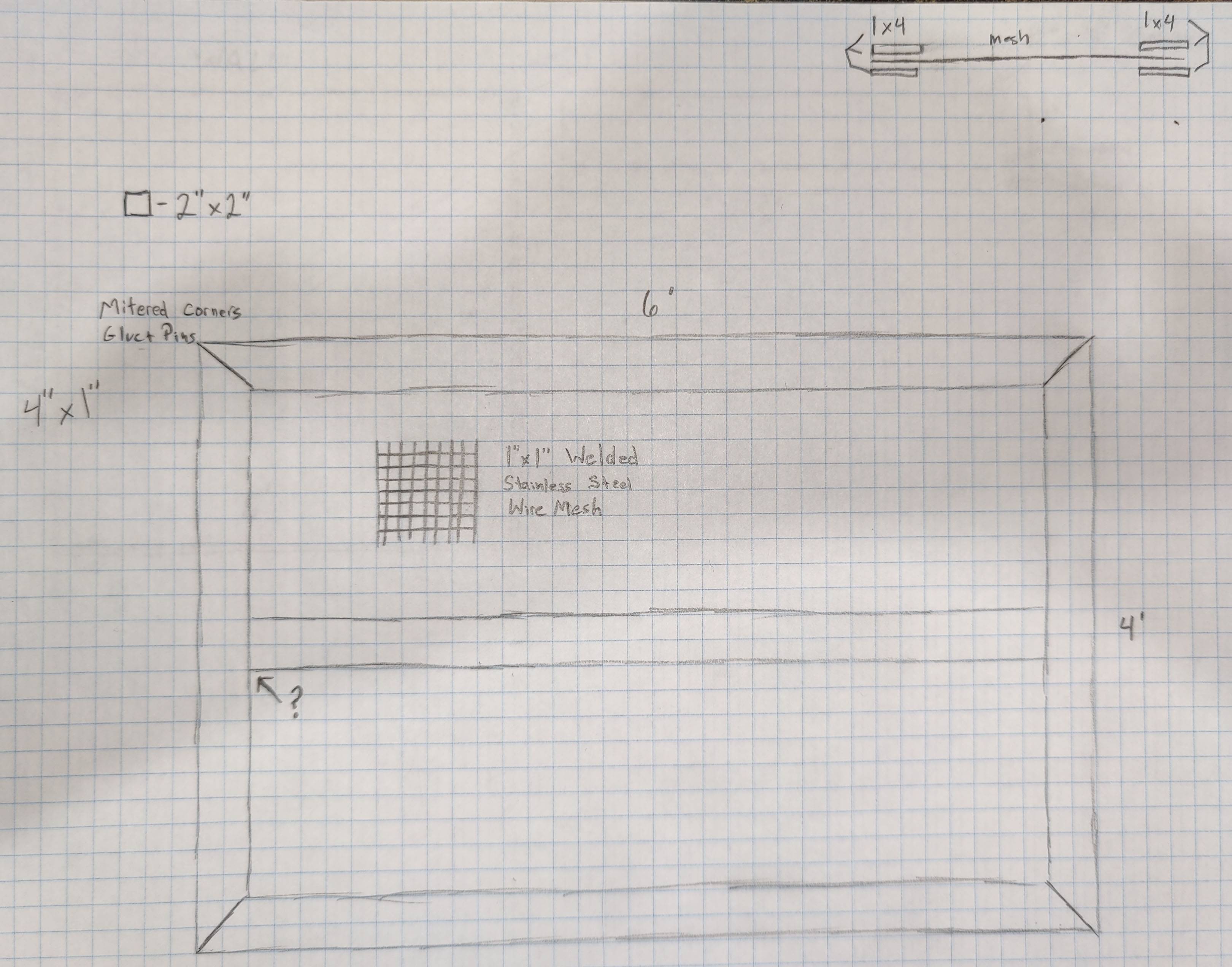 I have two questions. One main one, and a smaller one. The big question is... How do I attach the corners where the two sides meet? I will put a 2"x2" on the actual walls and anchor one side of the sides to them. I will also attach the bottom of the sides to the 3/4" shelving that surrounds the base. Do I make one longer and screw it into the other? I'm worried that with only 1" thickness that it won't hold well. My other thought was to put a 4"x4" on the inside corner there, add some shelving scraps so it's even with the outer shelf surround, and then attach them to that screwing through both layers and into the 4"x4". I think that's an "easy" solution, but then I have a 4x4 sitting in the corner of her room :(

Lastly, I have a board running down the center of the side. Looking at a butt joint there I believe. Best way to attach those? I considered pocket holes, but thought that 1" might be too thin for that.

I really appreciate your thoughts and opinions. I want to get started on this this weekend so I'm hoping you can help me out.

Browse other questions tagged joinery technique design or ask your own question.

10
Properly securing a ramp
4
Mortise and Tenon for shed wall framing
3
Shelves inside cupboard, how to attach to legs?
2
Suggestions on improving an elevated-bed project?
3
Need help with design of entryway bench joinery
1
How to salvage a poorly designed project?
1
Cutting a pattern the same on two sides of a board
0
How to seal and treat wood when building a wooden kitchen sink?
2
Floating (kinda) book shelf support