I have a teak console that was damaged by friend who had it stored in their house.

This damage was caused by water rings. 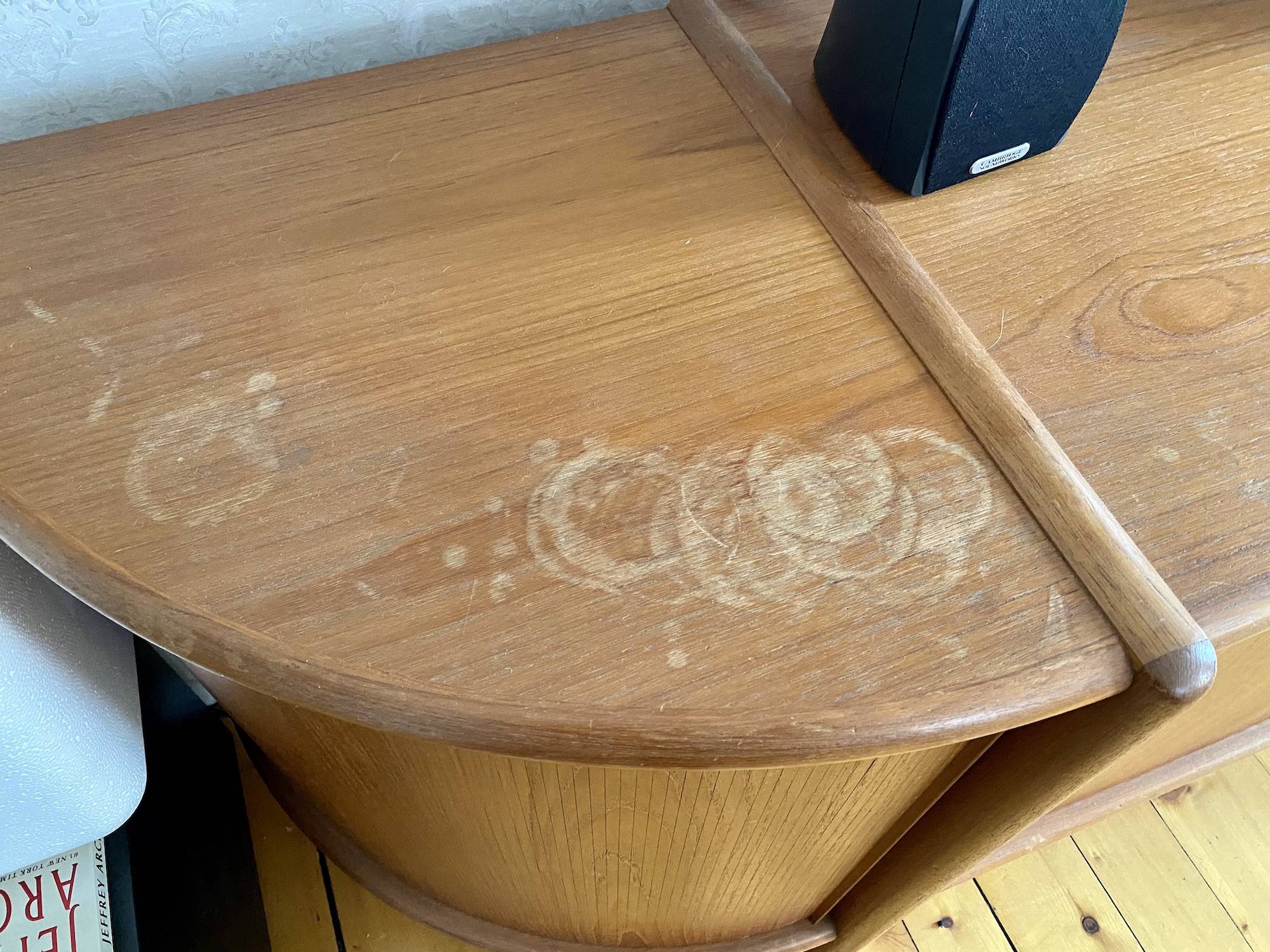 And this was caused by melted wax from a candle! 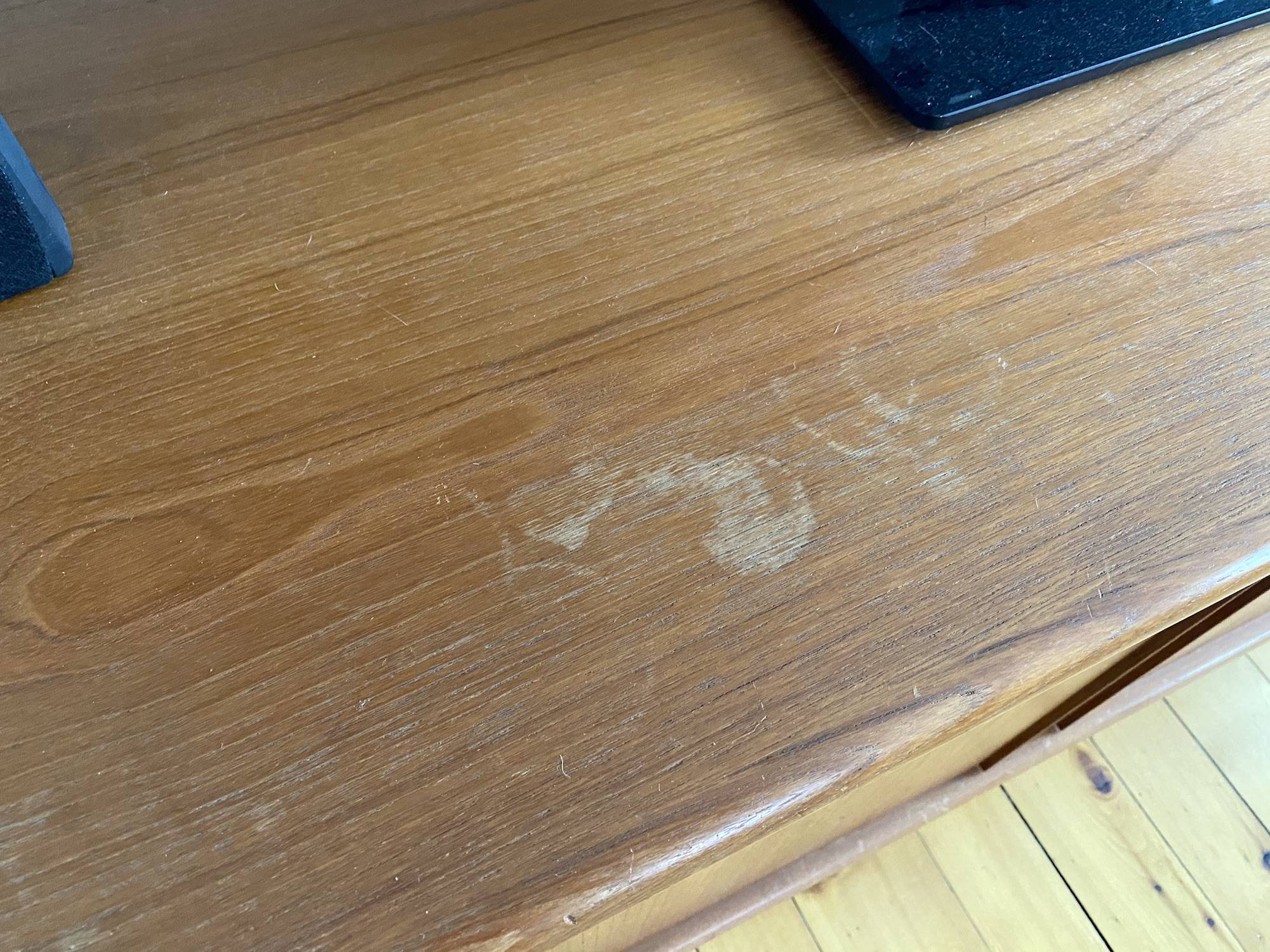 I've scraped the wax off with a razor as best I could. I guess the next step is paper towels and an iron.

I thought that a light buffing with 000 steel wool followed by teak oil would be a good idea. But then I started second guessing myself.

Note: The piece is about 35 years old and I've been the only owner. It was oiled annually for the first half dozen years and has not been touched since. It is stored indoors.

Browse other questions tagged staining refinishing or ask your own question.

8
How to find out what kind of finish is on a piece of furniture
5
Is this a good approach to fixing damaged mdf holes along the edge?
4
Outdoor teak table and chairs options
5
Refinishing teak patio table
0
Turning indoor stain furniture into outdoor stain using sealer / oil or sanding and restaining
1
Staining Western red cedar outdoor furniture
3
Good methods for scuffing/sanding ready-built furniture with contours for repainting
2
Is this a professional furniture refinishing job?