Is it safe to use a Craftsman molding head on a shaper?

I'm wondering if it is appropriate to use a molding head of this type on that machine: 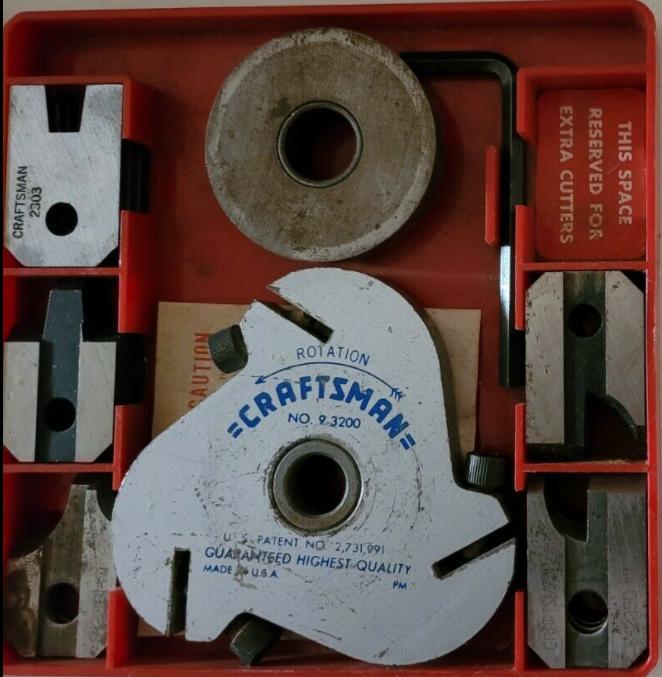 The molding head will fit a 3/4" spindle/arbor. I can think of a few potential issues... one is the rotation speed. The shaper has a few speed settings so this may be OK. The second is the motor HP. This type of molding head seems meant for a radial arm saw, most of which would not be 3 HP. On the other hand they are also meant for table saws which certainly can be.

I'm not sure how well this will qualify as an answer as I have never tried to use mine on a 3hp shaper. I only wished to make a brief comment but it seems I don't have the rep points to leave comments yet. There's a safety concern involved so I hope the community will forgive me reaching out in the only way available to me.

I have what appears to be the same tool and mine was indeed made for the table saw. The body of mine is solid cast iron and when loaded with cutters, is very heavy. I only used it on the saw a couple of times but never felt safe standing in front of that much rotating mass. My saw's speed is about 3400 rpm. The tool was rated at a slightly higher max rpm, I remember, but nothing near a real shaper's speeds.

I stopped using it because I gained access to a relative's traditional shaper. This brings me to another point. With what I learned about using a shaper, I can see no way mine would have safely worked laying horizontally on a shaper spindle. In my case it would have involved major alterations to the fence or making a custom fence.

Either way, I just wanted to caution you about trying to run it on a traditional shaper at shaper-like speeds. I always felt my contraption was unsafe at any speed and would never considered using it on a real shaper.

Not the answer you're looking for? Browse other questions tagged safety or ask your own question.

17
Is this table saw lathe jig safe?
27
When, if ever, is it safe to use gloves with power tools?
12
How can I bring an old, disused table saw back into active and safe use?
29
Is it safe to resaw on a table saw?
18
Is PVC pipe safe to use for a dust collection system?
10
Is Frank Howarth's homemade table saw splitter safe?
8
How to determine if a router bit is safe to use?
5
Process for Food Safe Finishing
2
Safe to make a cable organisation box out of wood?
5
Is it safe to use just the chippers in a dado stack?