What type of clamp is this?

This is a long (almost 6' / 2m) clamp. Its similar in function to a US pipe clamp but the main body is a wood block, with notches cut or drilled.

In the UK I've seen the term "sash clamp" used, but those that I saw had entirely metal bodies, and I've never heard that term used in the US. 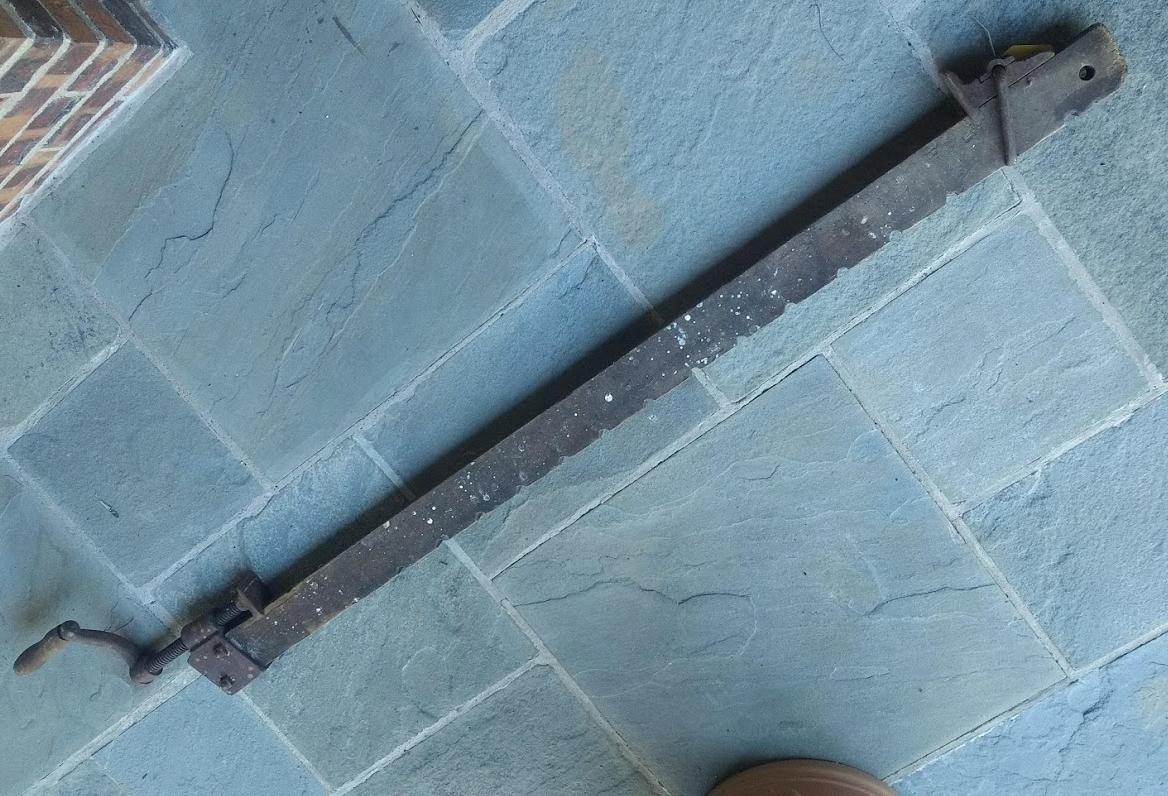 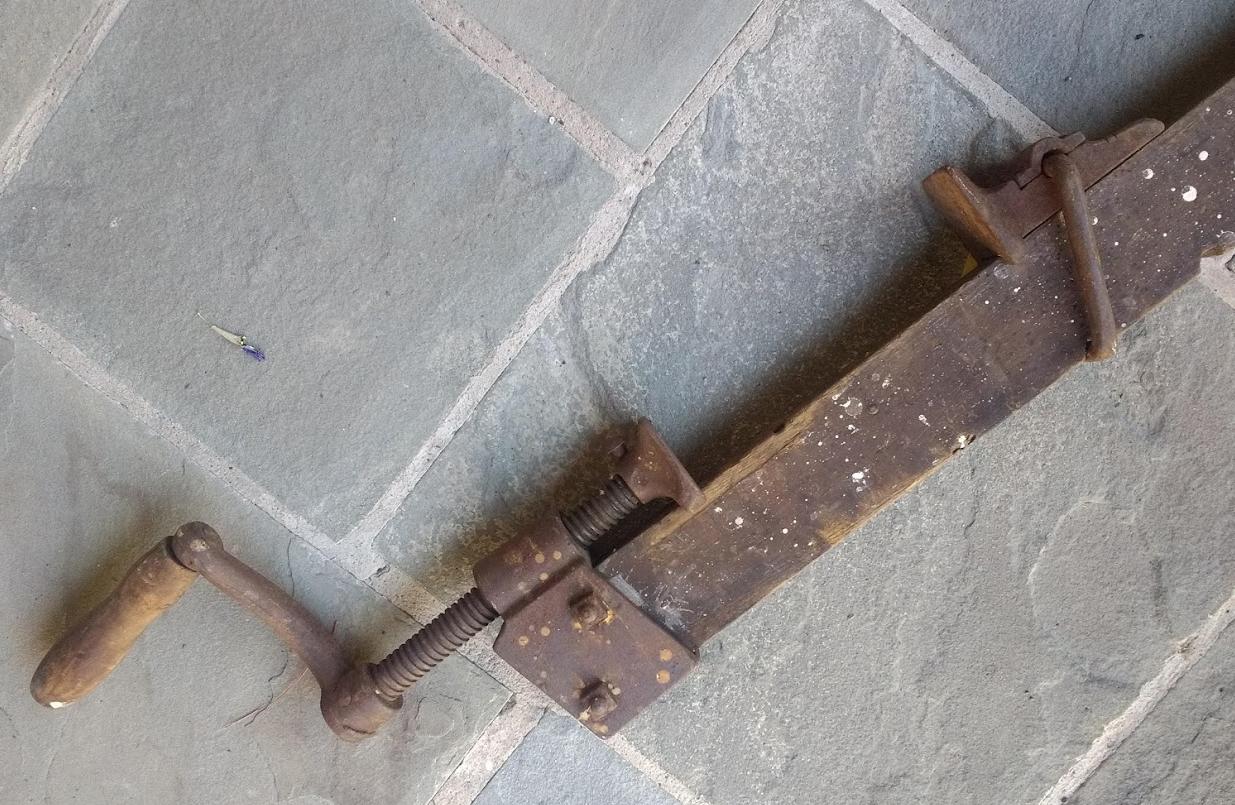 Grizzly sells a similar clamp and calls it a sash clamp: 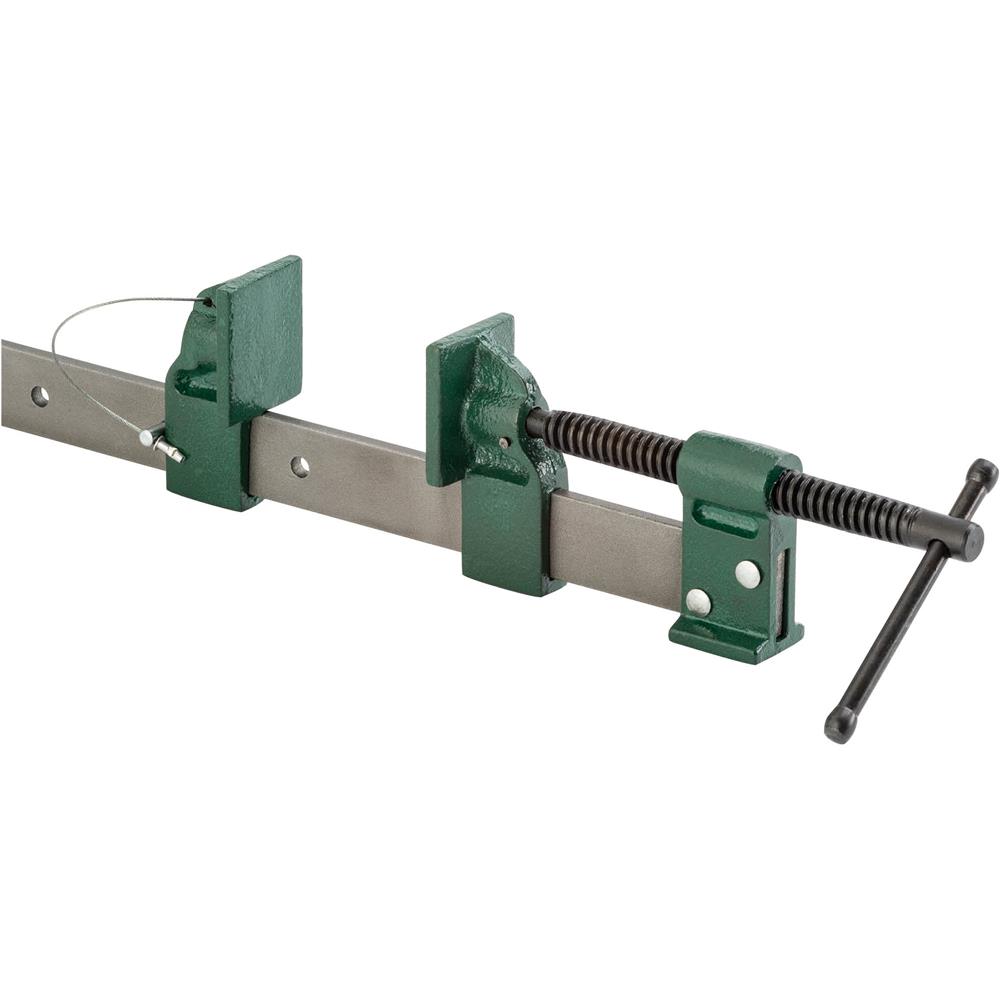 The same term turns up several similar models at Amazon and other retailers.

Yours is obviously not a pipe clamp as there's no actual pipe involved, but pipe clamps are also effectively the same thing: a head with a screw at one end, and a moveable foot that a slides along a pipe or bar.

Your clamp might also be described as a bar clamp, but I've seen people also use that term for F-clamps and Bessey-style parallel jaw clamps, both of which have the screw on the movable part instead of the fixed part.

Not the answer you're looking for? Browse other questions tagged tool-identification clamps or ask your own question.

8
Why thread both ends of a pipe for a pipe clamp?
21
How do I clamp box joints?
9
How to clamp where clamps cannot reach?
4
What is this old brass item?
7
What is this tool with a clamp for dowel, a cutter on handle, and an adjustable stop?
0
Where to get half of a pipe clamp
6
Glue-up for butcher block-style countertop