I am making a structure for a swing and I saw this design online. I have used 4x4 fence posts but I am now looking at it and testing it, and feel it is a bit flimsy.

I am going to add braces either side to aid in transfering the load. However, I think I need to beef up the post I was thinking of applying either 5X2 or 6x2 to the structure overall to encase it, gluing and fixing with hardware. Would this help do you think? It would In Effect make the post an 8 X 8. If I used 6X2

The main flex I am seeing when testing is in the main post. I weigh about 15 stone (215lb). It is for the kids but we have a hammock swing that as adults we like to use for extra seating so ideally want to support about 20 stone to be safe so if people this down in the chair it can take it. 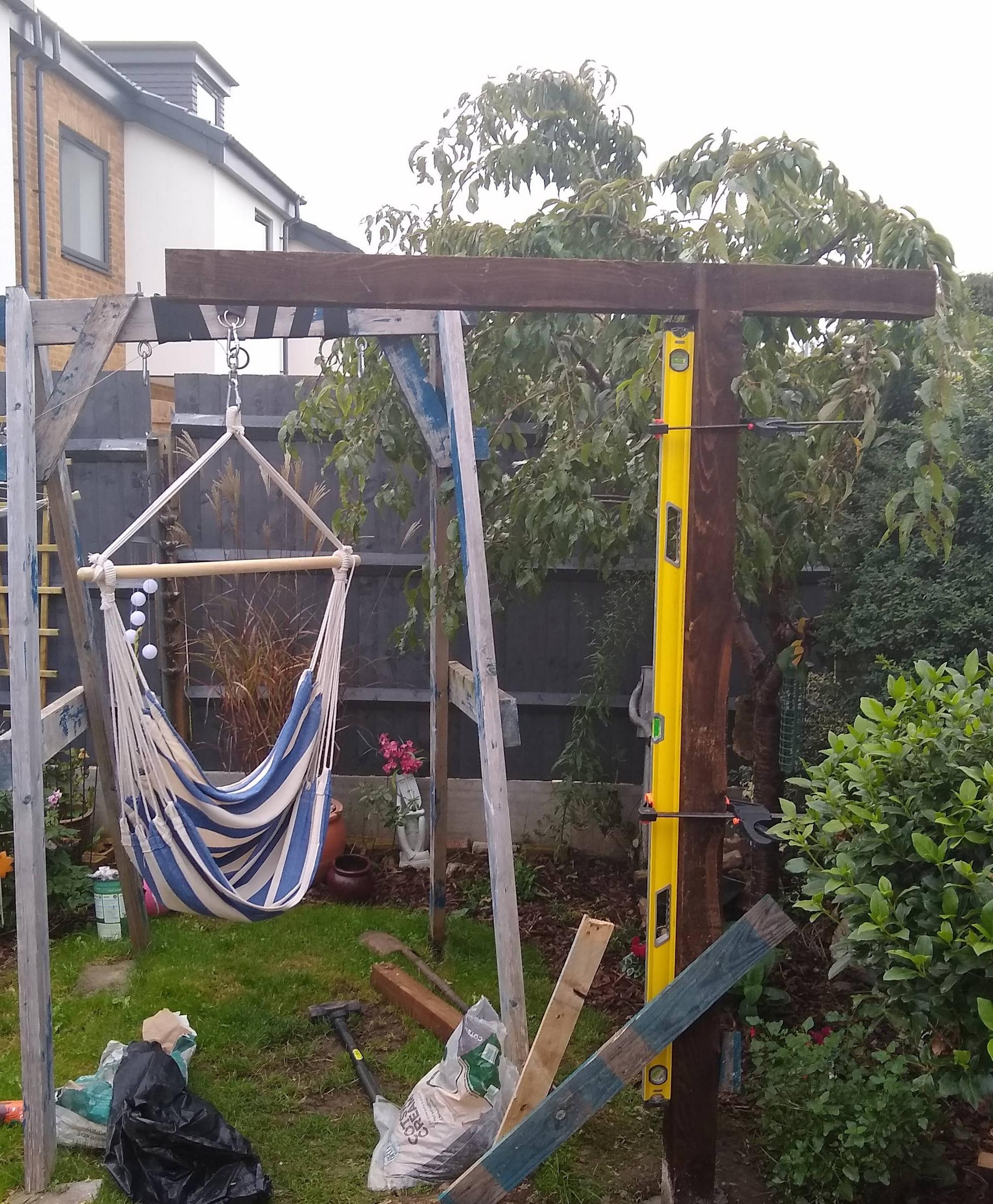 The fact that your main post is flexing under load isn’t surprising given how far out the horizontal beam extends. On the up side it tells me the joint between the two is very strong, so, well done with that.

Adding an additional post to your main post (to the side facing or opposite your hammock) would definitely make the design stronger and may be necessary for the structure to survive normal use over time. If you reinforce the main post, it would need to extend under ground to the depth of the current post. Otherwise you are transferring that load to the point where the post is not reinforced and you are likely to see bending there instead.

I have two more two suggestions:

Take any significant bending/flexing on this structure that supports the weight of a person as a warning sign. Ideally it should be strong enough to survive occasional rough use or even abuse, so I suggest building in a significant safety margin and testing it with a much heavier load, say 400 lbs.

Good luck and whatever you end up doing, let us know how it turns out!

Not the answer you're looking for? Browse other questions tagged timberframe or ask your own question.