I am using an Ikea dining table as my work table. It works wonderfully, is made of quality pine and looks good. Recently, I was considering adding a VESA table clamp monitor stand but the table has a skirting less than 1" from the edge. This would make it hard for the clamp to have good purchase on the surface and bear weight.

Here is a picture for reference: 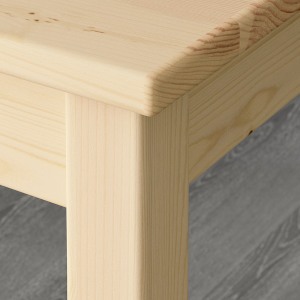 My idea was to buy a standard plank like this 1"x6"x4ft hardwood and glueing it using wood epoxy and/or other fasteners to the side or the back edge of the table. I can then use this overhand to add the VESA stands and maybe another microphone stand. 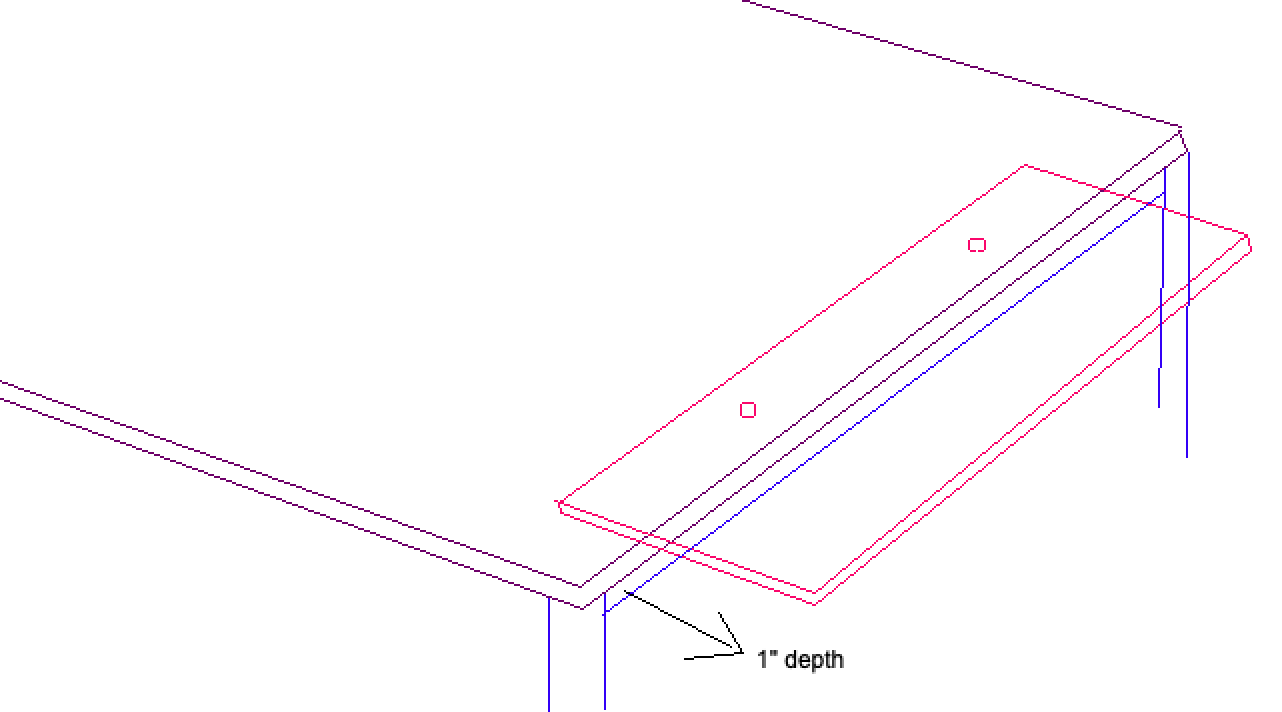 The things I am absolutely unsure of:

but above all: 4. Is there a much better solution that by novice brain will not be able to come up with? :)

Any and all advice would be appreciated. I have not done wood working since high-school, so all advice, no matter how basic is really appreciated.

This is the table I am talking about and these are (monitor, microphone) the stands I am looking at.

Edit: The skirting on the side is 2.5" high and 1" from the edge of the top surface. 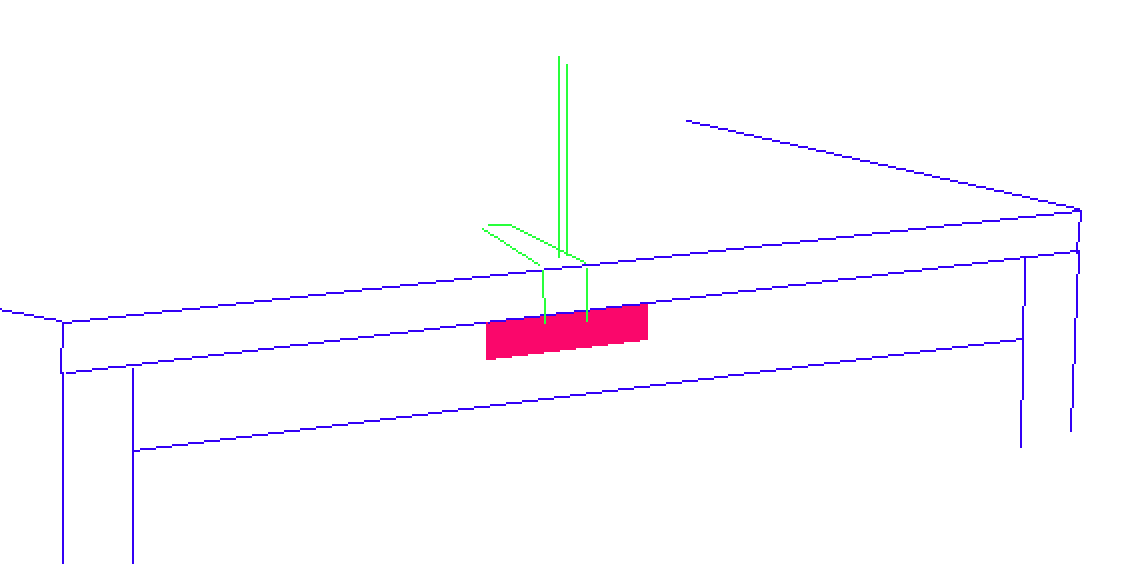 Here the pink solid shape is the area I would drill out. I'd then have to find a solution to reinforce the skirting (in case its load bearing).

Mounting a monitor (selected as the heavier of the two) to a stand or arm assembly will change the leverage the mount can place on the foundation. If you consider the monitor directly above the base, the force is vertical and represents, generally speaking, the weight of the monitor and assembly.

As the monitor is moved forward, the leverage increases, effectively increasing the force on the base.

Using both wood glue and screws would result in a joint of greater strength than either alone. The glue is going to be clamped by the screws, which is easier than managing an edge clamp without screws. Screws alone are subject to movement which can loosen over time. One could periodically re-tighten the screws, but eventually the forces would work to strip out the holes.

Avoid attaching to end grain. Sand both surfaces, clean both surfaces, but do not create curved edges which will result in gaps between the two pieces. If you can get long enough screws to pass through the additional board, ensure that the holes you pre-drill to prevent splitting are square and centered in the board.

Another method of attachment with screws is to use pocket screws and appropriately drilled holes. It has the advantage of shorter screws and somewhat hidden holes.

Number four is more an addendum than a stand-alone answer. Using the portion of the table which hangs vertically, you can place a bracket of a form similar to a gusset, screwed and glued to both the add-on board and the vertical portion.

Sam's Metal Works has a more elaborate item than my suggestion, but it serves as a useful example. Consider the triangle to be constructed from solid wood, perhaps scraps cut from the board purchased for the extension. They would mount in a manner similar to a shelf support, providing additional torsion strength. 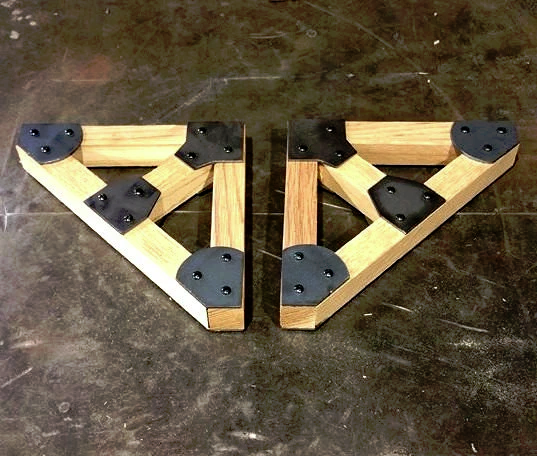 Many monitor stands have the option of mounting with a clamp through a hole in the table as well as a clamp at the edge. This allows the mount to be placed further in from the edge. The hole is not ideal in a table used as a temporary desk, but is penalty fine in a dedicated deal if the monitor arm will be a permanent addition.

A complete alternative is what I have right here, which avoids cutting or drilling into your existing table.

It's an offcut of 28mm beech kitchen worktop (the cutout for the stove/sink combination in my campervan, tidied up a bit) on kitchen cabinet legs. Worktop and legs are both from Ikea, though the legs are discontinued. The overall height is about 20cm, and the monitor stand clamps onto the back. I've got a nicely variable height monitor stand to go with it. Stability is perfect as the centre of gravity of the stand+monitor is over the middle of the shelf, which is 28cm front-to-back

It's a nice bit of extra space as well. 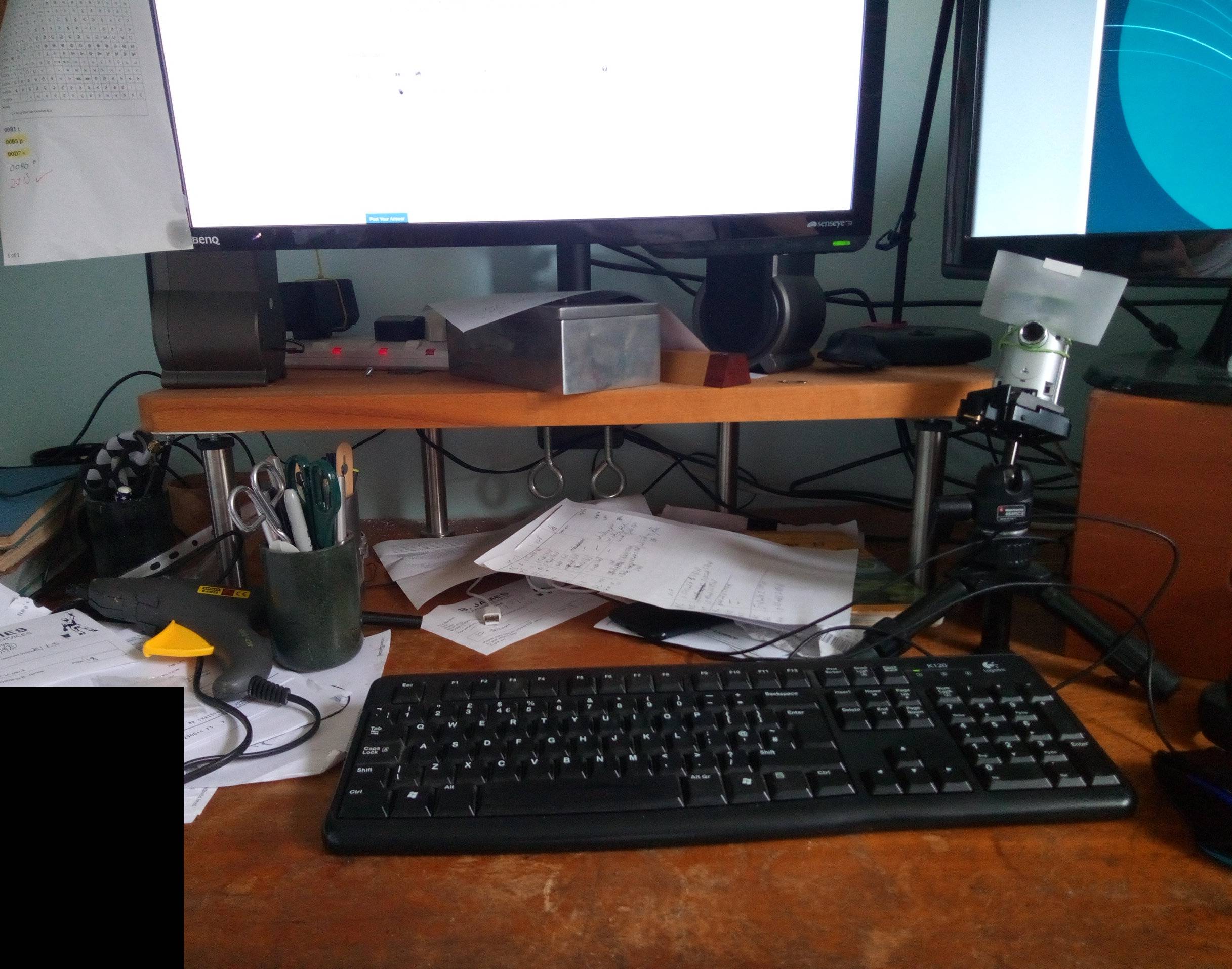 My desk is fairly tidy by my standards at the moment, but I did have to redact a bank statement.

Not the answer you're looking for? Browse other questions tagged furniture safety or ask your own question.

9
How should I calculate the height of the chair needed for a table?
8
Do pocket hole screws allow for proper expansion and contraction in planked table tops?
3
How thin is too thin for a large dining table top? Is 11/16" too thin to properly attach to the table base?
3
Wood movement with L-shaped mitred leaning shelf
2
What are some good ways to cut 1/8" strips of hardwood?