How to make a knife edge like symmetric bevel

Sorry if I am not using the right terminology.

We are trying to build a piece of TV stand furniture. In our design, we have partitions which we want to cover their face with wood pieces crafted in the shape of long wide-angled prisms where at the top and the bottom they overlap with the beveled frames of the box. 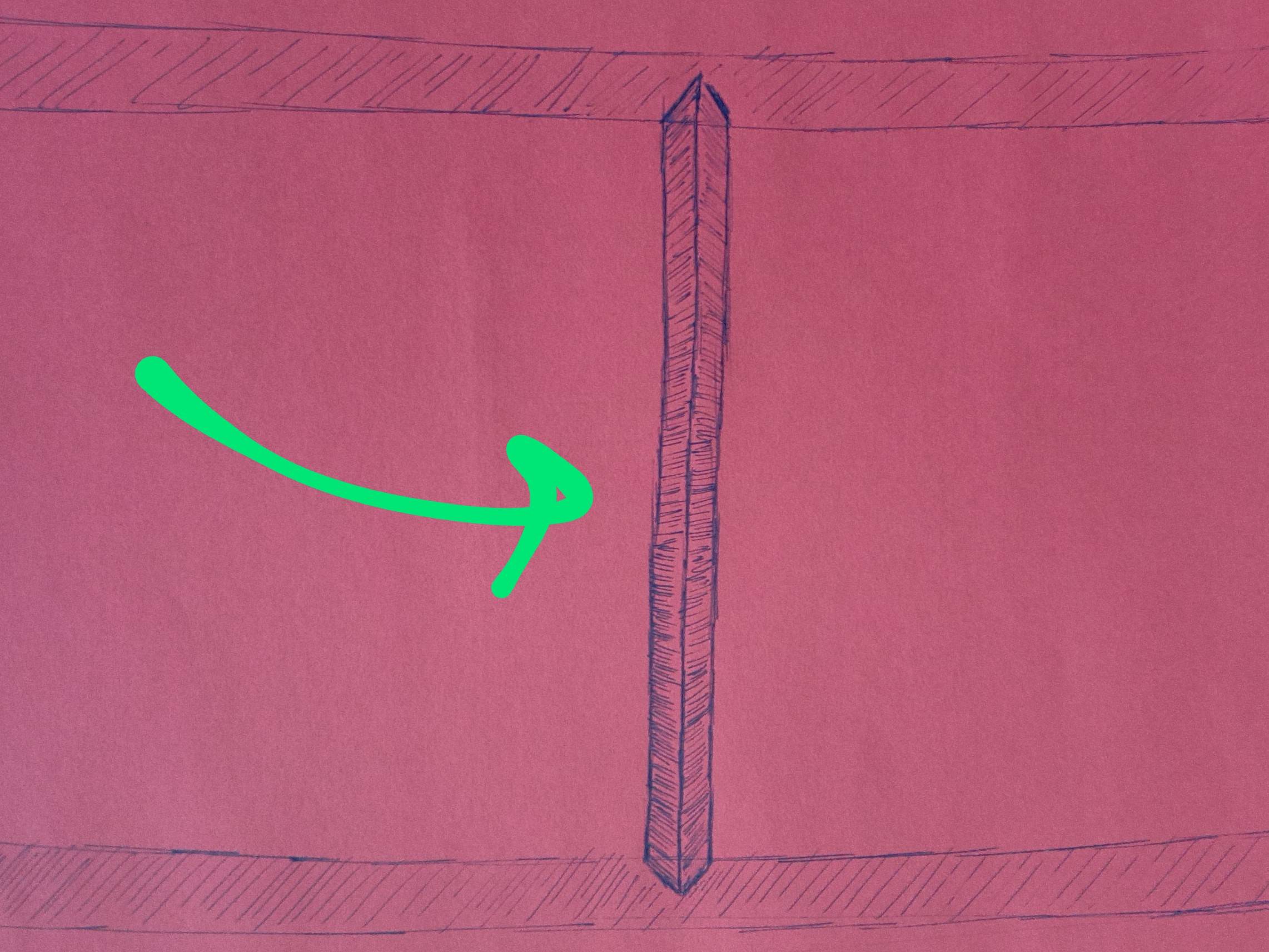 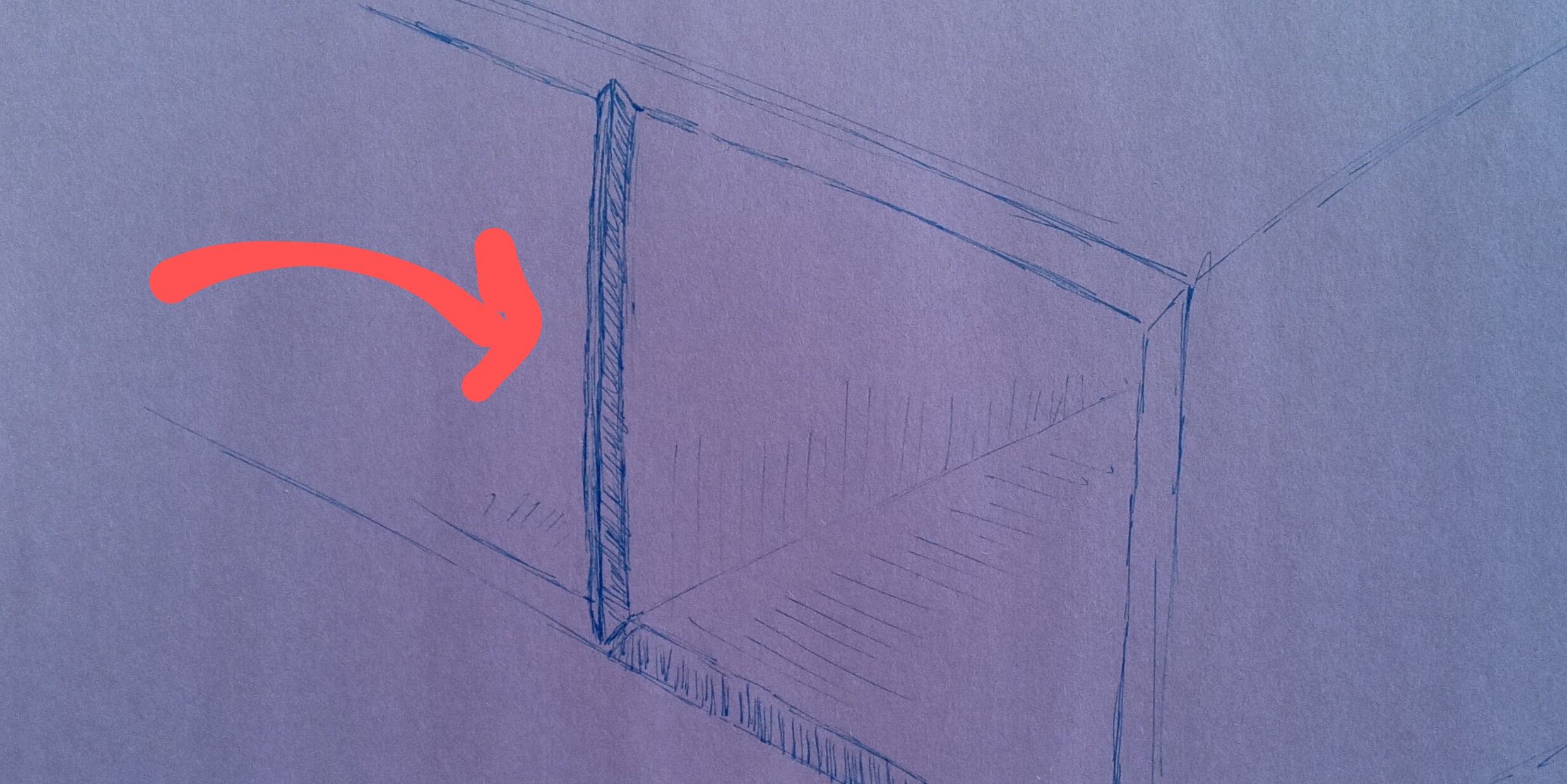 We have tried different techniques but so far we were unsuccessful to get these pieces right. Any suggestions on the proper technique to make these pieces?

I'm going to assume that these are 45 degree angles, as that makes the whole thing a lot easier.

I see a few options. The simplest is to make the angles on a bigger piece first then rip off the edge banding. Use a board that is the same thickness as your divider material but decently wide (to allow easy handling). Tilt your table saw blade to 45, then position the fence so that the cut takes more than half of the thickness of the board off. Make one pass on each side of the board and you'll have a point centered on the thickness. Then put the blade back to 90 and position the fence so you're just taking off the strip you need on what is normally the "waste" side of the blade.

However, this isn't actually what I would do here. Gluing that tiny strip on will be an alignment nightmare, and you'll have to be really careful clamping it on to not damage the relatively fragile point. I would actually flip your assumption and glue on an oversize square edge banding first and then put the profile on the divider.

Now do the same as in the first paragraph, but sneak up the saw fence closer and closer until the cut lands as close as you need to the back edge of the banding.

Alternatively, if you don't have a table saw you can do this with a router table and a 45 degree bit. Use a miter gauge with a stop on it and sneak the stop up to where you need your cut to be the same way as you'd do with the fence above.

I also think you could do this pretty quickly with a hand plane. Just mark a line on the end of the banding at 45, extend the ends of the lines around the face and edge of the board, and then plane to the lines. If you're not comfortable with this at first do a couple trial runs on a piece of scrap. This also has the advantage that it will come out well even if your divider is a little warped (which will be a problem with the power tool methods.)

Not the answer you're looking for? Browse other questions tagged technique bevels or ask your own question.

9
How can I make this cribbage board peg compartment?
8
How can I make this faux inlay?
6
Cutting tight miter joints for a frame around an existing object
7
How to make a recess in a board
12
Quick corner joints in practice
3
In whittling how do you make the v-like cut?
1
How to handle sharp edges on bevels
2
How can I create a bevel edge with smoothly changing angle?
0
How to cut a mid-surface bevel?
2
How to cut bevel lengthwise along rafter