What is a router plane fence designed for?

Recently I bought a veritas router plane and I noticed that they provide an optional fence. （and with smaller blades） 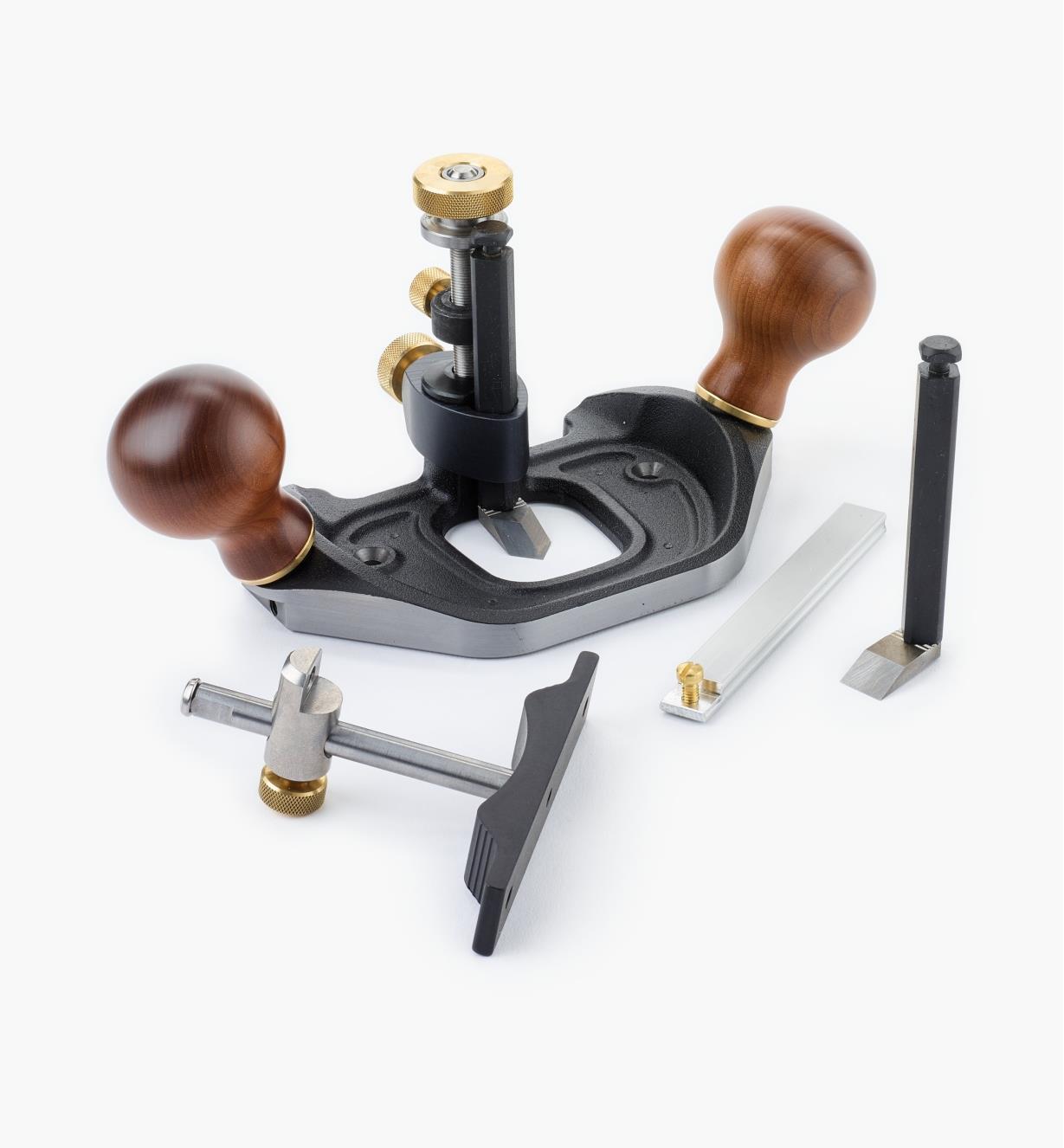 As I'm new to woodworking, I wonder what the fence is designed for? It seems one can make grooves using a router plane with a fence？Then how about a plow/plough plane？

I recently purchased the same router plane as well along with the fence which I haven't used yet, but after cutting my first few dados, I can see why it would be helpful. I'm new as well so I imagine that with experience, you may not need the fence. The fence is to keep the blade parallel to an edge, which is the same purpose as on the plow plane. For the router plane, the fence mitigates small changes in the angle of the blade which slowly makes the cut wider. The main differences between the two is the router is referenced from the face of the board, so it's good for keeping the depth of the cut level, but the blade is short, so it's easier to get off line if you rotate the plane while cutting. The plow plane is longer and references against the edge so it's better for cutting with the grain and staying straight. I'm sure you found the same sites as well, but this blog was helpful to me - Veritas Router plane as a plow plane

For dados, there are dado planes (of course) as well. I don't own this one, but it gets good reviews. dado plane

9
What should I look for when aquiring a plane second hand?
5
What is an infill plane?
8
Stanley Bailey No 4 Plane - Level Cap / Cam Wrong?
12
What makes a high quality bench plane?
2
Can I use a 12” granite block for fettling a #5 plane?
2
Is this plane any good for anything?
5
What kind of plane is this?
1
Preventing poor groove geometry with plow plane?