Why does my router change depth while I work?

I am making some one-piece shaker style doors out of MDF. To cut the inset, I'm using a 1/2" collet router with a 2" surfacing bit. I was using a trim router with a 3/4" straight bit but I was having this same problem, so I bought a much heftier router thinking the trim router was underpowered.

Everything seems to go smoothly as I cut out the inset, but once I take the router off and look, there's many lines where the bit somehow changed depth and cut deeper into the workpiece. I even made a gigantic baseplate out of MDF so that it's supported on all four sides at all times, to no avail. My router base is locked securely, the bit is sufficiently tightened in the collet and the 15lb router is completely flat against the workpiece, and I just can't think of how the bit could possibly change depth. I've had this exact same problem on two well-reviewed routers now.

The inset is 3/8" into 3/4" MDF and I'm doing it all in one pass. I imagine this isn't ideal but I don't know any way I could take multiple passes on this setup. 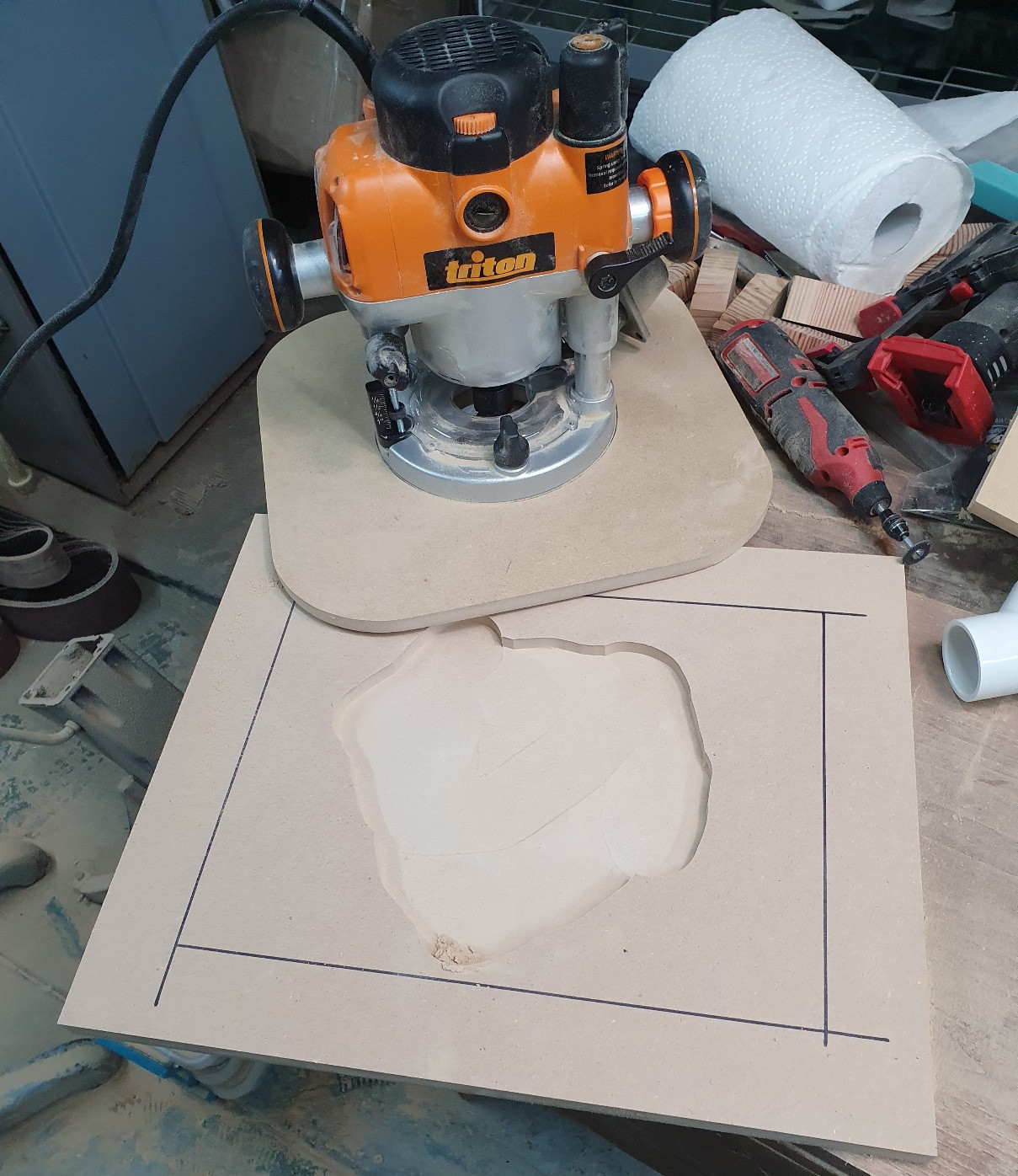 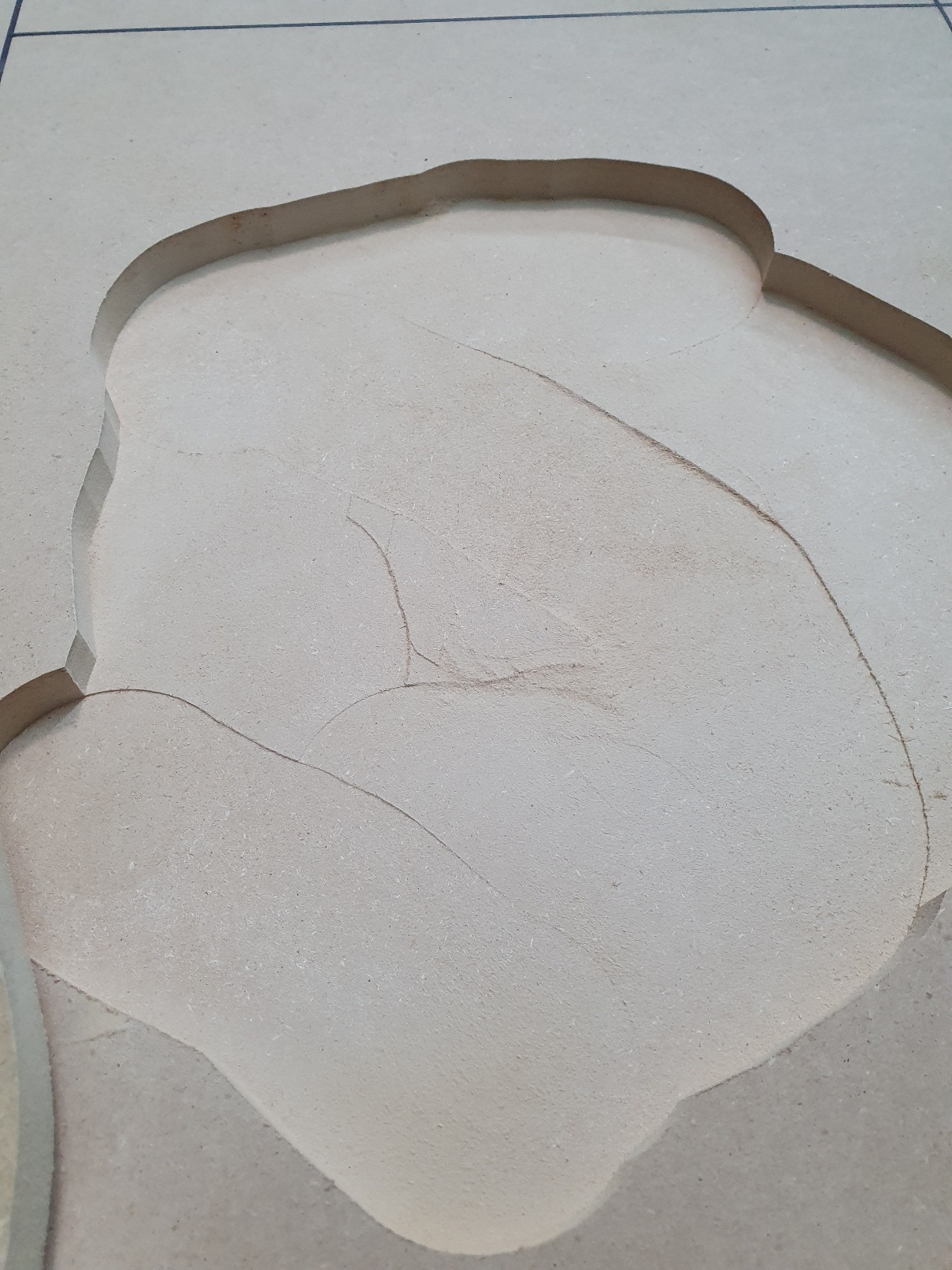 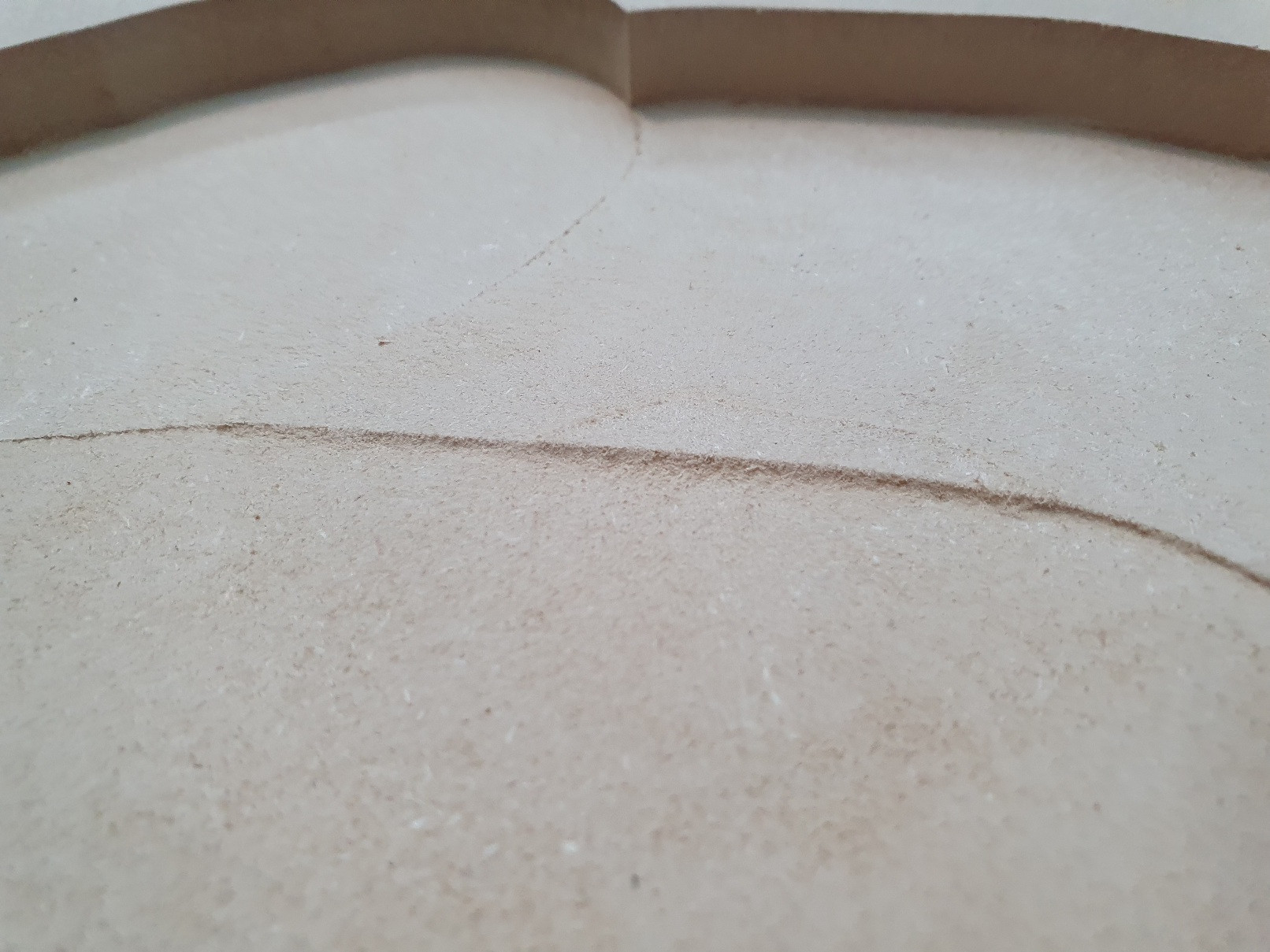 The comments seem to indicate that it is the tool itself slipping, not the interchangeable collet or the plunge mechanism.

Since you had issues with a previous router, make sure the tool shank isn't chewed up. Any protrusions on the shank will keep the collet from getting a positive bite on it. If the shank is really damaged, replace it. If the shank has some marks on it, feel them with your thumbnail. If the material has galled or mushroomed a bit, you will feel it, and anything above the surface of the shank is going to be a problem. Minor damage like this can be carefully filed and even stoned flat. Minor gouges and scratches can be ignored; it is the material that is proud of the shank we want to remove.

Similarly, make sure the collet is in good shape. Check for obvious damage, or galled metal sticking up. If the collet is new make sure you remove any factory anti-corrosion coating it might have on the inside.

If the collet is not damaged, and the shank is in good shape, then it might be the way the tool is installed into the chuck. Your manual will describe how to mount the tool in the chuck, but I find they miss out on two important pieces of advice:

First, while there is a minimum amount of shank you want in the chuck (something like half the shank or some minimum, like 20mm, whichever is greater) we also want to be careful about jamming the tool down so the end is tight to the inside bottom of the chuck. This is a problem because as the tool heats up the metals involved can expand, causing the tool to work itself loose. Also, some chucks and collets are such that the collet jaws don't go all the way to the bottom, leaving some amount of shank exposed at the bottom. I have a Sears router that specifically calls this design out in their tool.

My advice is to drop the tool to the end, and then pull it up 1mm or so (or more, if your manual says so, like my aforementioned Sears router), and only then tighten it. This allows for some heat expansion, and lets the collet centre the tool while tightening without it snagging on the bottom of the chuck.

As for how much torque to use to tighten the tool, this is a matter of feel. Though, the spanners or wrenches you get with routers usually reflect the recommended torque range. Larger tools that expect more spinning mass and wider diameter cutters will come with larger spanners, reflecting the need to torque them down more. We don't want to bear down on it like an 800-lb gorilla, but a steady, firm, full handed rotation until it feels nice and snug is in order. Don't jerk on it, but move the spanner smoothly. One trick is to tighten and then move the spanner to a new location and give it a test tighten. You'll often get a 1/8th or 1/16th turn just by changing the tool position.

4
I was thinking of buying a router. I tried a router bit in my power drill. It didn't work
3
Cut-out from 18mm MDF
5
Stabilizing thin boards, with trim, vertically on a router table
0
Can you make shaker doors out of one piece of MDF?
4
How can I bevel the edge of a large disc?
8
Tear out when plate making w/ a router
0
Trim router - Arbor has small amount of play along its axis, is this normal? (DWP611)
0
Basic router/bit question
8
How did I bend this router bit? What safety or operating step did I miss?