Is a HPLV or Airless Paint Sprayer better for projects with a lot of nooks/crannies?

I'm trying to decide whether to buy a HPLV sprayer or on Airless sprayer for applying Lacquer/Polyurethane to my woodworking projects. Lately I've been doing a lot of outdoor projects with some irregular shapes like slats on a picnic table or lattice work, and am getting tired of all the brushwork these projects require and drips I get when trying to force a brush between slats or into a sharp corner.

Also, in general is one better than the other for woodworking projects?

For example I just built this project which has 1/4" gaps between each of the slats on the two surfaces which were a pain to get stain into without it dripping everywhere. 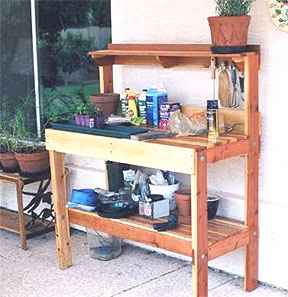 (I'm going to assume that what you're asking about is "HVLP" (High Volume, Low Pressure) vs airless sprayers. "HPLV" would be another way to describe what are normally called "traditional" spray guns. Traditional spray guns used full shop pressure, typically 90psi, at the air cap. This meant there is a very fast air stream that results in a lot of material "bouncing" off of the surface and staying in the air. Due to pollution concerns around high-VOC finishes this type of gun was phased out decades ago. HVLP guns choke down the airflow before it gets to the air cap, resulting in a much softer air stream and better material transfer efficiency.)

For woodworking I would generally recommend an HVLP system over an airless system. HVLP delivers a more even application for the thinner finishes used in woodworking. Airless is better for thicker coatings like latex paint that would be used on walls.

An airless sprayer is also much harder to clean out. Airless systems pressurize the material at a stationary base unit and then transfer it to the gun through a long hose. This means that you're cleaning material out of the pumping assembly and all the material left in the hose will be lost at the end of the job (or even in between coats if your deglossing agent settles out before the next coat is applied.) To clean out an HVLP gun you just have to rinse out the cup and a few small internal parts.

Where airless really shines is putting out a huge volume of material. If you're finishing something really large, like a deck or pergola or something then I would consider an airless system. They're designed for things like exterior house painting, where you really want to get heavy materials out very quickly.