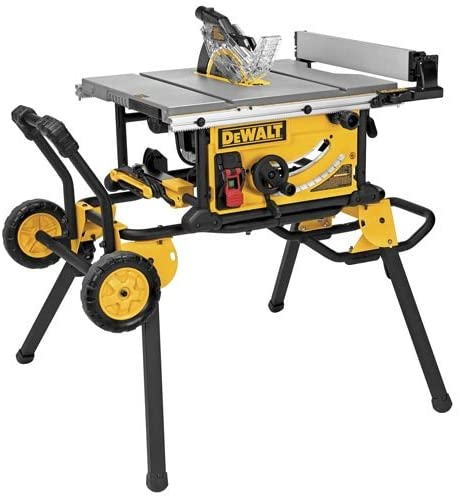 Well, it is the rotation into the material that tends to tighten the arbor nut. Once powered down and free-spinning the mass of the blade is now free to loosen the arbor nut, which is why dado sets and saws with brakes may tend to loosen the arbor. The model described here doesn't seem to have a brake, but I suppose a valid check is to make sure the blade or blade stack isn't exceeding their recommendations. (Though, they usually discuss blade size in terms of the the riving knife installed rather than mass.)

13
What is the difference between a riving knife and a splitter on a table saw?
9
What can cause a table saw to make this rattling/clacking noise?
1
For wood working purposes what is an acceptable error for blade vertical alignment for a table saw?
1
Table saw blade wobbles, don't think it's the arbor
1
What is the height of the dewalt dw745 table saw on compact stand?
0
What does "Depth Control = No" on a table saw mean?
1
Table saw blade keeps jamming and slowing down
2
What are the four holes in the top of my Craftsman 113 Series table saw?
1
Using a 5/8 dado stack on a "30mm" arbor