Trim router - Arbor has small amount of play along its axis, is this normal? (DWP611)

Last week I was using my router and I think the guide bushing vibrated loose -- it chipped the bit, chewed up inside of the bushing a little (luckily it was only brass or it might have been more dramatic.)

I was inspecting the router itself afterward to make sure that it seemed OK and I noticed that there is about 0.003" of play along the motor axis. For example, if I take off the collet and pull on the arbor itself it will move slightly (see photo below), or if I put a bit in the collet and tug on that, it moves slightly. The direction of movement seems dependent on the router orientation, like the weight of the motor is holding it downwards, but you can move it against gravity slightly.

The arbor does not move radially (i.e. if the arbor axis it the Z axis it doesn't move in X or Y axis) and the bearings don't make any particularly unpleasant noises when I run it.

Is this movement normal in this sort of router? I have at least one book that suggests any play at all in the arbor is a sign that something is wrong, which is what got me worried. And when I think about it, it seems like it could interfere with getting accurate depth settings for plunge routing.

I would normally just put my mind to rest by going to the store and playing with a demo unit, but due to world events I am kind of stuck inside with nothing else to compare to.

The router is a DeWalt 611 (DWP611), if someone has one to compare to. It is pretty new, and while I am trying to "baby" it, I do make some mistakes sometimes and work it too hard. 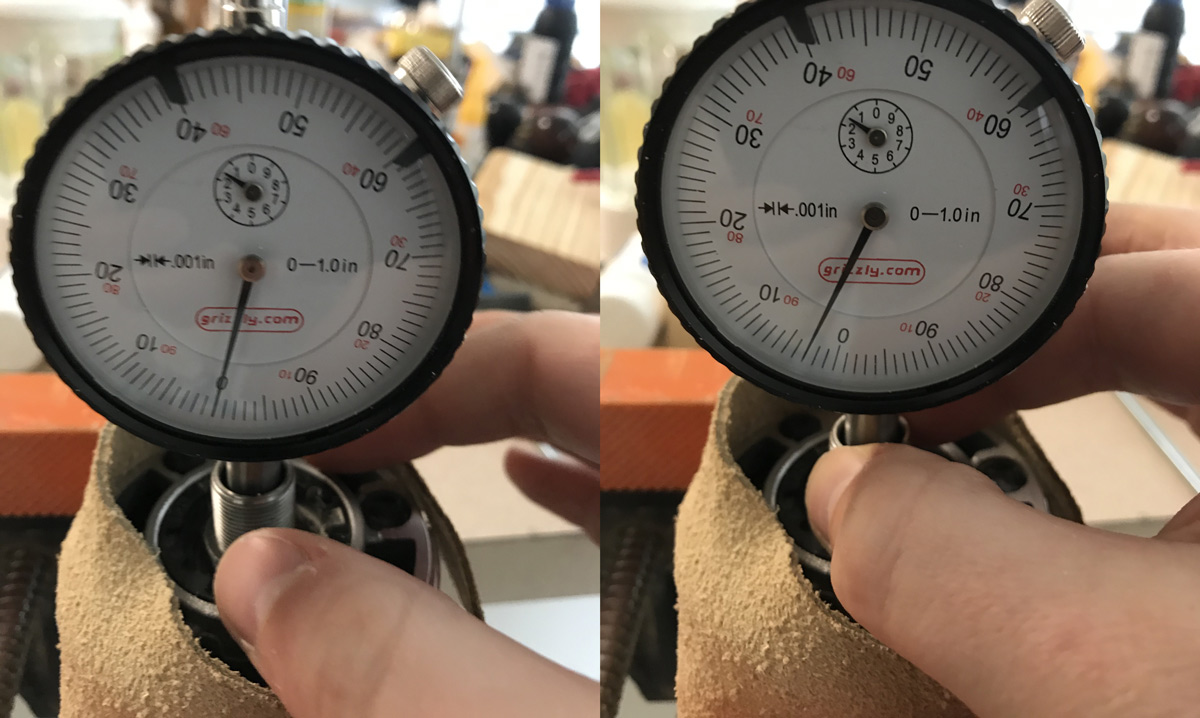 Yeah I'd say that's fairly normal after a "crash". Every time you over-stress your router (even if it's just hearing the motor slow down because you're pushing at a feed rate which is too high) you risk bending the spindle or otherwise putting something out of alignment which may introduce some play.

If it's not making funny noises or feeling "jittery" when you run it then it's probably fine. Keep an eye on it and if it starts to make horrible noises or feels like it's vibrating more than it should then I would stop using it.

Not the answer you're looking for? Browse other questions tagged router tool-maintenance or ask your own question.