Why does my teak dining table have splits?

My dining table has a split, for which I recently posted a question asking how to repair it. I received a number of suggestions to post details of the table's construction, especially how the top is attached to the framework underneath. The intent was to review how to prevent further cracks from opening in the future.

Following are a number of photos. As far as I can tell, the construction was done in such a way as to allow moderate expanasion / contraction. But please let me know if there is anything about the construction that lends itself to cracking. 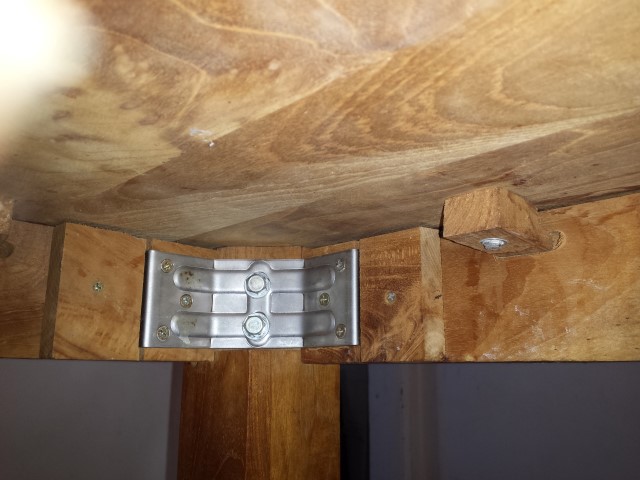 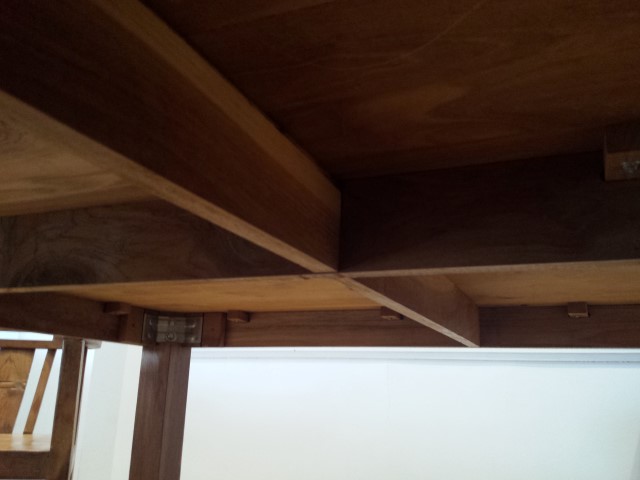 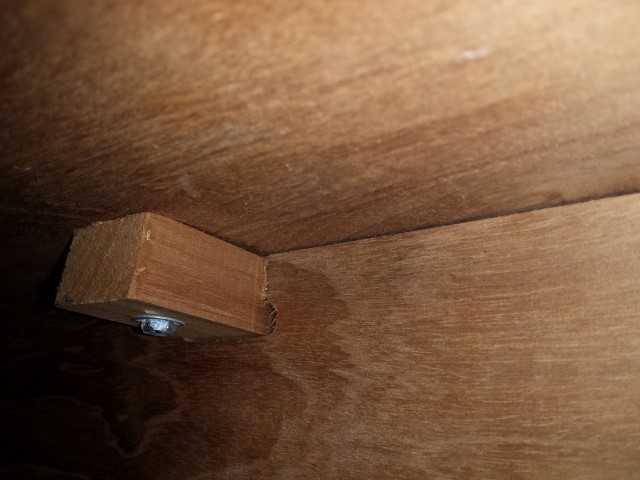 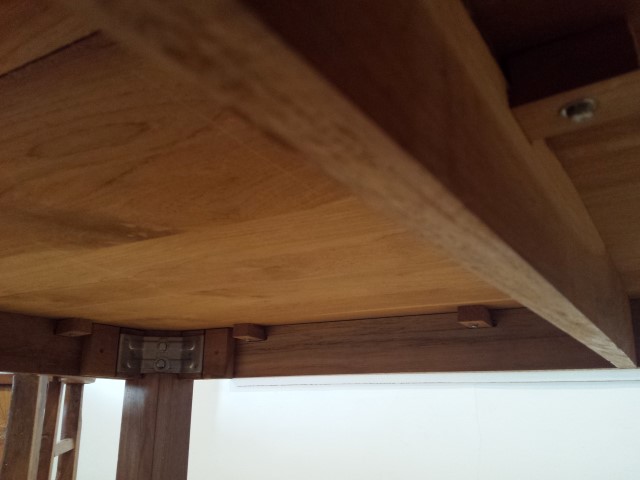 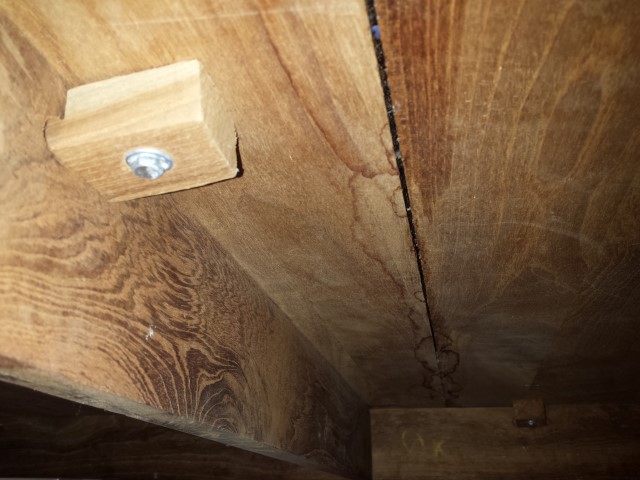 The top is attached (at least in part) using buttons, although it's hard to tell what's going on with the cross-bracing framework. Buttons are one of the established ways of allowing for seasonal changes in the width of a tabletop. These ones are crude though, and as a result may not allow sufficient movement. The ones on the sides in particular must allow for the button to move into and out of their respective slots far enough to account for half of the total movement.

Pictures 3 and 5 seem to show that the buttons could be the cause. In no. 3 the shoulder of the button is hard up against the apron, and in the fifth image it looks like the tongue of the button is a very tight fit in its slot.

The joints are part of the problem
The fact that the tabletop had glue-line failures is another piece of evidence. It indicates that the glued joints are weaker than they should be.

If the glued joints are done properly when there is a movement issue while the tabletop might still split the cracks will completely ignore the joints, because well-made glued joints are literally stronger than the wood around them.

The glue itself or the glueing technique used may be at fault here. Teak is a tropical wood and like many tropical woods it has a certain natural oily/resinous nature which means it can be tricky to glue well. Solvent-cleaning of joint surfaces just prior to glueing is a common recommendation when working with such woods.

You are going to need to find someone that can take this apart and re-glue it.
The last photo shows what appear to be water spots around the glue joint. It looks to me like some quantity of water was introduced to the top of the table and it soaked into the joint causing the wood to expand. Then, when it dried, the glue joint pulled apart because it had been weakened by exposure to water.

Not the answer you're looking for? Browse other questions tagged tabletop wood-movement or ask your own question.

3
How thin is too thin for a large dining table top? Is 11/16" too thin to properly attach to the table base?
4
finish for a very large pine dining table --- is beeswax crazy?
1
Edge joining three 6' 2x10" and 4 sturdy hairpin legs for a dining table, is it sturdy enough?
1
Fixing table crack and ridge
0
Does wood truly not have any movement to speak of longitudinally?
2
Staining dining table advice