I have some retro style furniture made out of pine, and need to get it to the color of the table in the picture.

At first glance, it looks like some kind of oil over varnish, but can't figure it out.

Back in the days I remember people talking about using oil (like used oil), to brush it over wood and the final effect was something similar ot this. The intention was to remove wood bug. 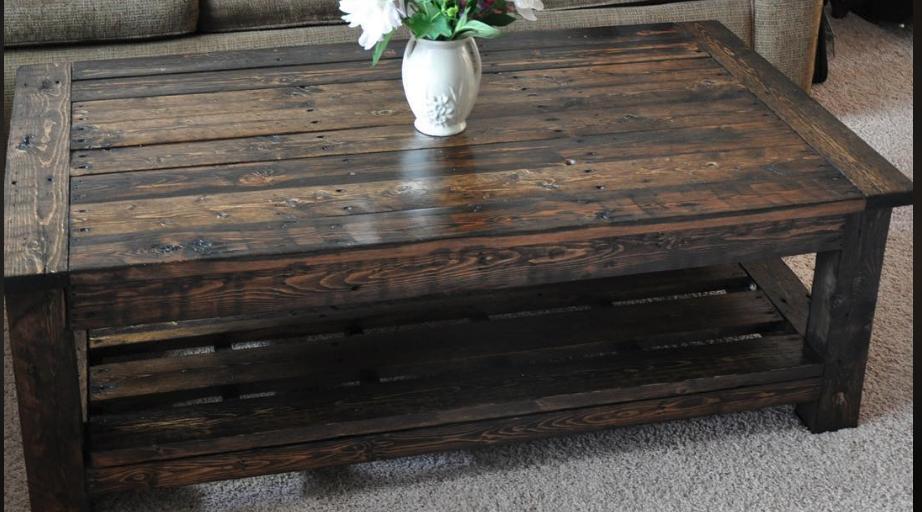 As I say in my Comment above I suspect this is a multi-step finish and as such it is impossible to give more that guesses as to how it might have been done. Some experimentation will be required I'm afraid.

At first glance, it looks like some kind of oil over varnish

Oil is never really applied over varnish so I think you can discount that possibility.

To me this looks like a very dark or black stain was applied to the bare wood1 after which a topcoat was applied. The topcoat could be shellac but my bet would be that a tinted or coloured oil-based varnish, or blended finish such as "Danish oil", was used. Any of the three could give the sheen seen in the photo and can be applied without spray equipment.

Important note: if the other pieces of furniture that you're hoping to finish to match this already have finish on them you will have to strip, scrape or sand them back to bare wood before you start.

Back in the days I remember people talking about using oil (like used oil), to brush it over wood and the final effect was something similar ot this. The intention was to remove wood bug.

Used motor oil can give a similar appearance to this from photos I've seen online, but I hope this would only be used on wood for exterior use2.

1 Notice the characteristic grain reversal from dark stain applied to softwoods, where the softer earlywood (originally lighter in colour) has absorbed more stain and become very dark, while the harder and denser latewood (originally the dark stripes in the wood) are now the lighter bands.

2 In addition to the risk of oily/dirty transfer to clothing and soft furnishings there are toxicity concerns, and the smell might be very noticeable in an enclosed space.

Not the answer you're looking for? Browse other questions tagged paint varnish or ask your own question.