My mother used to work in home decoration (in Switzerland we have a dedicated name for this: courtepointière) and she always used her Hultafors CONTACT meter (559-2-10) which differs from my regular carpenter ruler because it allows for measuring flat surfaces more easily than mine.

As you can see below the marking is reversed from the usual rulers. It starts from 0 from the inside, not from the outside: 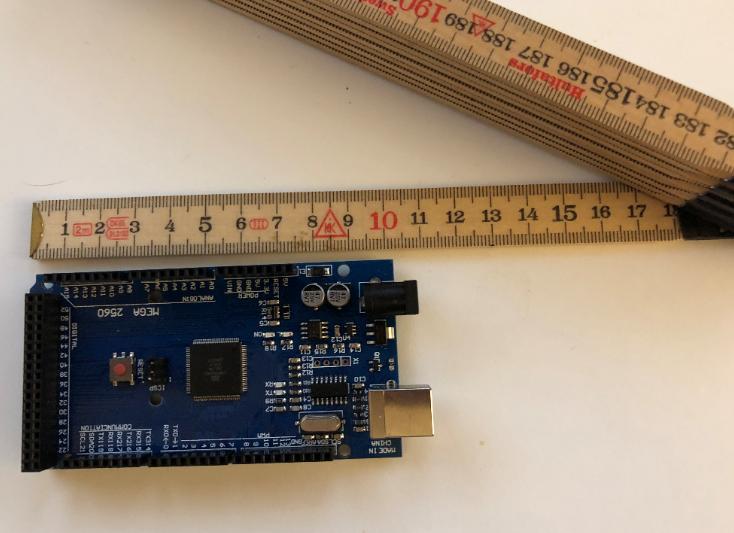 I feel this reversed version makes much more sense than the regular ones and I am wondering why nobody except my mother (and now me) use them?

I've never found a good, verifiable, explanation for the difference. There is a rumour (that I think is unfounded) that the American measure was standardized in simple opposition to the English measure. That seems overly perverse, even for the complicated relationship the US has had with England.

I've heard that plumbers and, later, electricians, preferred American measure, but (again) this is unfounded. I certainly couldn't tell you why this might be so for those trades.

I think most people who want to revisit folding rules should stick with English measure (inside read) rules, at least for most woodworking. It is the most useful for layout, for measuring rough dimension lumber in a yard, and for general carpentry where you want to measure inside dimensions.

Plumbers and electricians use rules in a different manner, and maybe they don't care that it lays flat; perhaps they prefer that it can unfold easily in the left hand so they can reach into a void while they use their right hand to mark or cut.

Personally I love folding rules, but I would never use one with the measurements on the inside like this because it precludes including the main feature I use them for: The sliding extension.

The sliding extension changes the folding rule from a measuring device into a story-stick that can hold a dimension without the need to remember a measurement. I use this all the time. If you want something to match an inside dimension you just set the slide to the dimension and take it to your workpiece. If you want to make sure a box is square you set the slide to one diagonal and then move it to the other diagonal. If you want regularly spaced items just set the slide to the spacing and measure from one tick mark to the next. Even measuring distances in "home improvement" settings is arguably easier because you can set the distance before moving into the spot you need to measure, unlike with a tape where you need to hold the tape and find the measurement you need at the same time. Without the slide a folding rule has no advantage over the tape measure (and is more awkward to use most of the time.)

If the measurements are on the inside you can't have a slide in the center as it would interfere with the pivot point. (I suppose you could have a narrower slide offset to one side, but I've never seen this.)

Not the answer you're looking for? Browse other questions tagged hand-tools measurement or ask your own question.