How best to glue posts with openings?

I'm in the process of building a wooden bed frame, based on a historical original. (It is the viking age Gokstad bed, for those who are interested)

I have some very nice beech wood planks which I'm using. Now, for the legs of the bed I'm planning to glue three pieces of wood together to create those thicker posts. Every leg will end up having three holes to hold the side boards. Two holes going in one direction, and then one hole in between those but perpendicular to the first two holes.

I was thinking that I could just leave room for some of the holes while gluing the planks. Now, I am a little unsure about which holes I could best create while gluing since the legs still need to be sturdy enough.

I've created an illustration to better show what I mean. 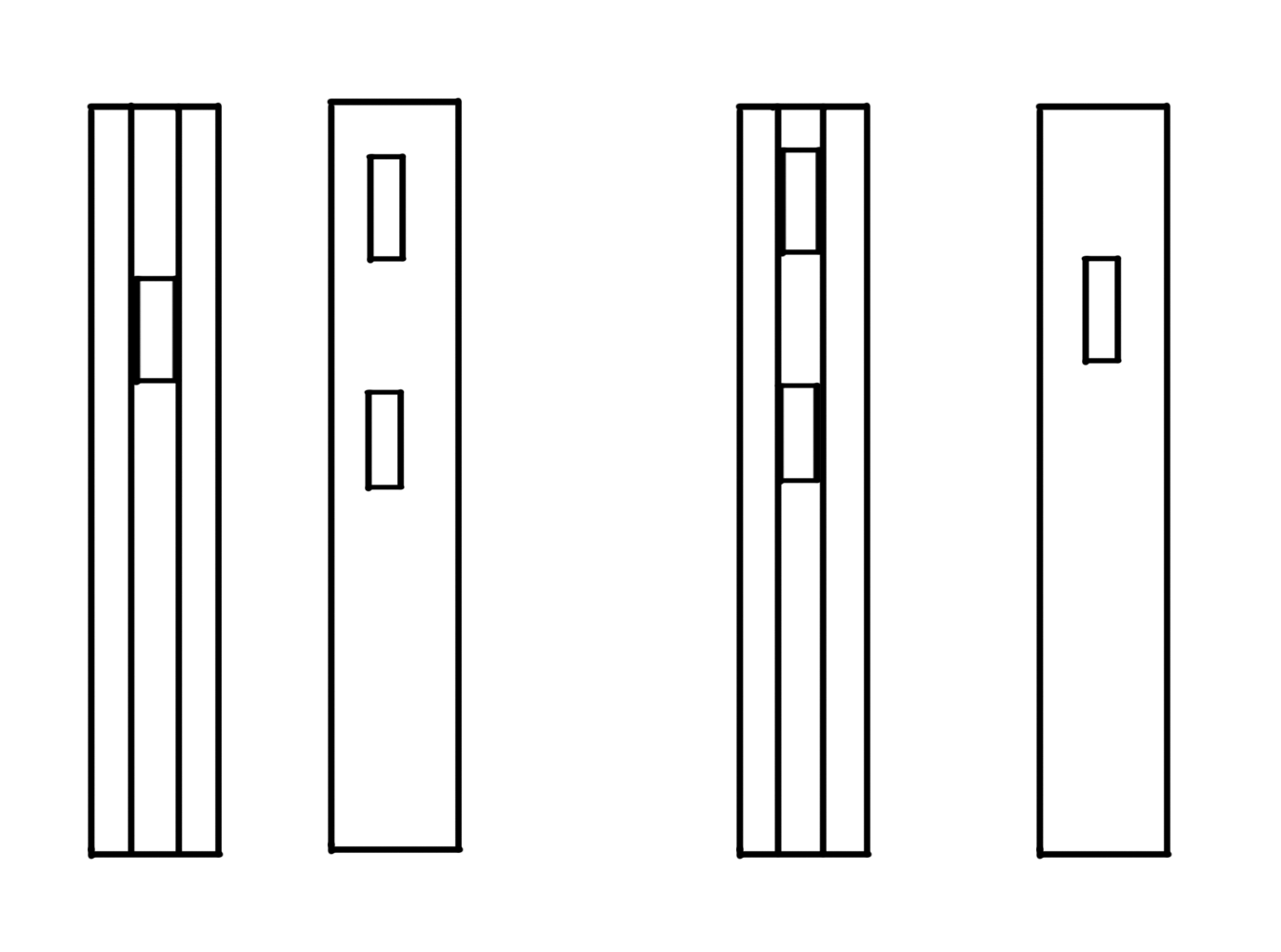 The second option seems to be the easiest since I would then only need to make one additional hole, but I'm afraid it might not be sturdy enough and it would be best to go for the first option, even though it will be a lot more work to create the additional holes.

Note, in the middle of the leg the holes will connect, so you will be able to connect to the second and third hole from the first. This way, the side board will also be supporting each others weight instead of just the legs supporting the side boards.

My question is, could I go with the second option and just glue in two of the holes or would this seriously impact the sturdiness of the legs/bed?

Moderator Edit: *('Graphis supports Monica' added a comment with a link to a photo that illustrates the general character of the bed post connection described in this question. I have attached the photo below so that it will not be lost.) 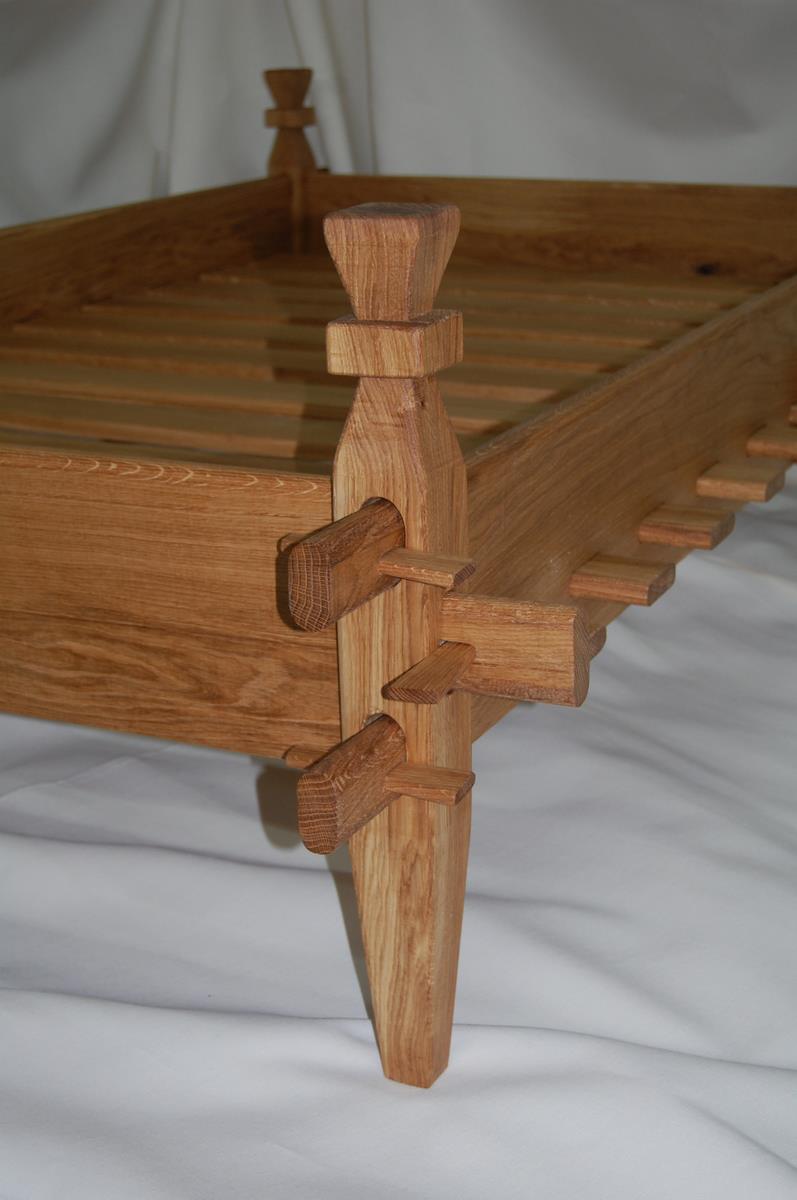 I was thinking that I could just leave room for some of the holes while glueing the planks.

This is a useful technique when glueing up posts in this manner and is actually relatively common these days. You essentially leave a mortise instead of chiselling it out afterwards.

The second option seems to be the easiest since I would then only need to make one additional hole, but I'm afraid it might not be sturdy enough

This will be fine. It's how I'd choose to do it if I were making something similar in this way.

Glue joints are literally stronger than the wood around them if done well (see a little on how to ensure that here) so there should be no worries about strength with this sort of assembly. Numerous modern workbench designs create mortises for the stretcher tenons by this method, and workbenches are subject to tons of strain in use. If this building method can withstand that it'll be fine for a bed.

Have you ever considered a 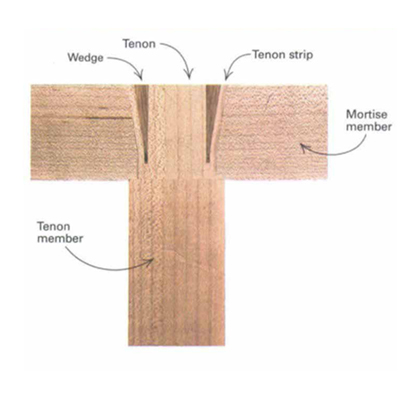 All of this information is coming from Popular Woodworking Magazine. The only modification would be to the mortises you have planned, and you could choose to use a different piece of wood as an accent if desired.

Should there be any excess proud of the face, you can carefully remove the wood to flush.

8
What do I need to do to prepare wood for gluing?