How to remove CA glue stains on wood?

I’m trying to remove some stains off those red maple veneers that were glued together with CA adhesive. I’ve sanded the veneers as much as I could but their thickness make it hard to go too deep into the material. I’ve then used mineral oil but the stains keep coming back once it dries. Any idea? 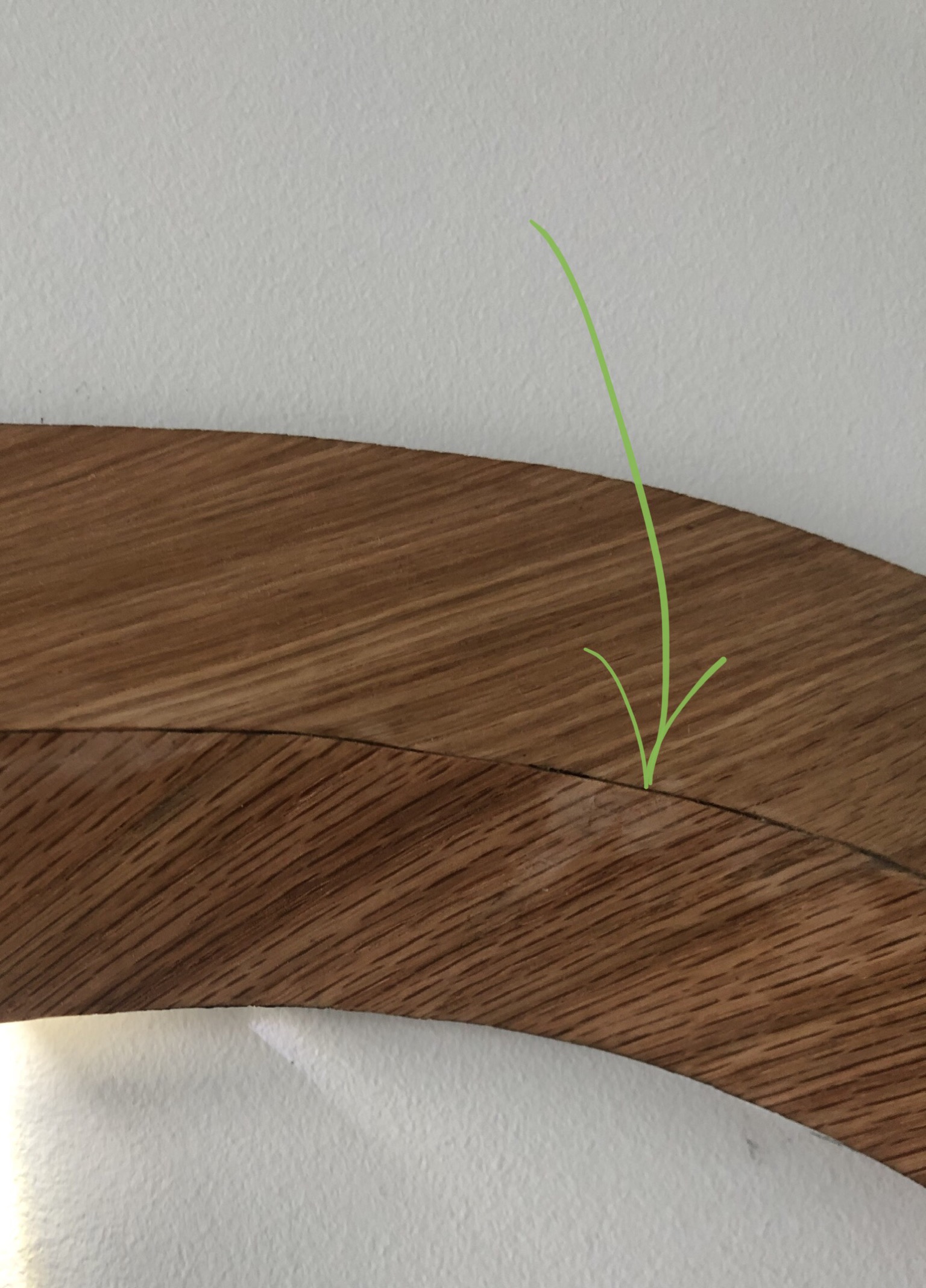 Regrettably when adhesive gets on to the surface like this there's really no good option but to remove the affected wood, usually by sanding or scraping1.

You can, in theory, remove the adhesive from the wood by some sort of washing procedure including the use of solvents and this can work well sometimes. But even with glues that are more easily soluble (like the PVAs) it's not always possible to get every trace out, in which case you have to resort to sanding or scraping anyway — occasionally the same amount you would have been doing regardless, because it's the deepest traces that you're going after. Plus there are additional concerns when working with veneers.

So unfortunately you may have no option but to remove more wood and hope you don't wear through the veneer. If you do want to try cleaning the glue residue out of the wood superglue debonder is the thing to try2. While all common advice on dealing with superglue says to use acetone honestly it doesn't have much affect on dried CA, even if it has only just hardened much less had a few days to toughen up.

1 Scraping is the superior method in a lot of cases. As covered in some previous Answers it is frequently faster, it's more controllable, it produces no airborne dust to speak of, it's capable of reaching into tight spaces and <90° corners in a way that no sanding can do and on top of all of that it often gives a better result. It is well worth anyone's time learning how to scrape and gaining experience with it by practising at every available opportunity so it becomes part of your woodworking arsenal, instead of reaching for the power sander or sanding block by default.

2 You can also use MEK or something similar, but these are relatively dangerous solvents and you might not want to mess with them without a suitable respirator on.

Not the answer you're looking for? Browse other questions tagged staining glue veneer or ask your own question.

7
How to clean glue brushes
5
Applying oils over stains
6
What is the appropriate wood glue for outdoor wood furniture?
4
Can you apply wood with glue over stained areas?
5
Exterior glue for tapered plugs
3
How does wood glue create strong joints?
5
how to glue tiny pieces of wood
1
How do I remove an unknown polymer from untreated wood?
4
How long do I have to wait for glue to dry before staining?