What are these white fibers emanating from the inside of my lignum vitae lidded box?

Several months ago I turned this lignum vitae lidded box. The first thing I noticed after completing it was how quickly the wood changed color in the sunlight, going from a just-turned honey brown to a very dark brown in only a couple of hours.

I finished the box's exterior and interior in the same way, going through the grits up to 600 and then finishing with mineral oil and beeswax (or possibly carnauba/beeswax mix, I don't recall).

Now, after three or four months being indoors (on a table by a sunny window), I opened the box to find the inside surface covered in fine, silky white fibers: 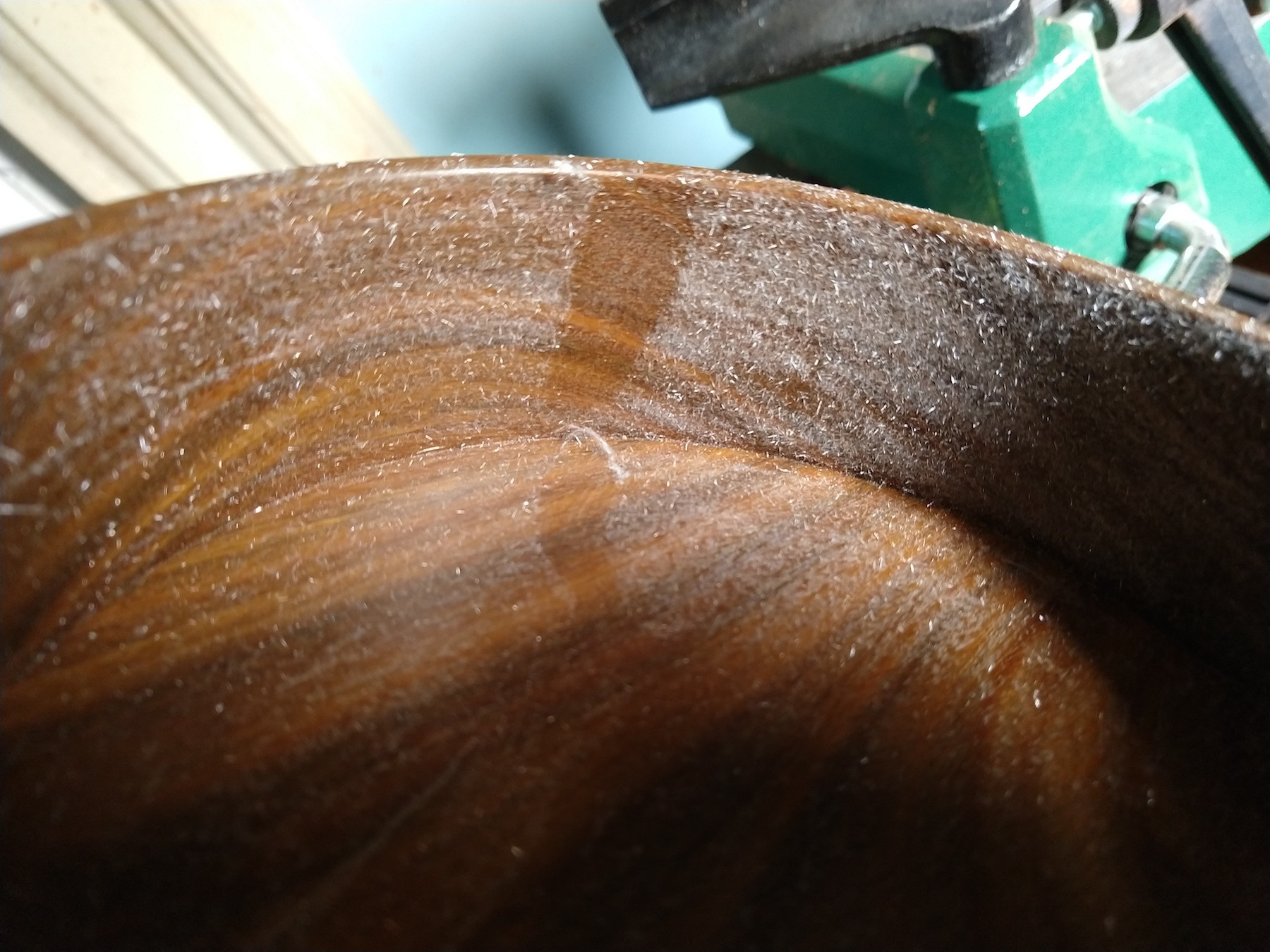 ...as you can see from the photo above, the fibers aren't stuck strongly to the surface and bunch up easily when touched by a finger: 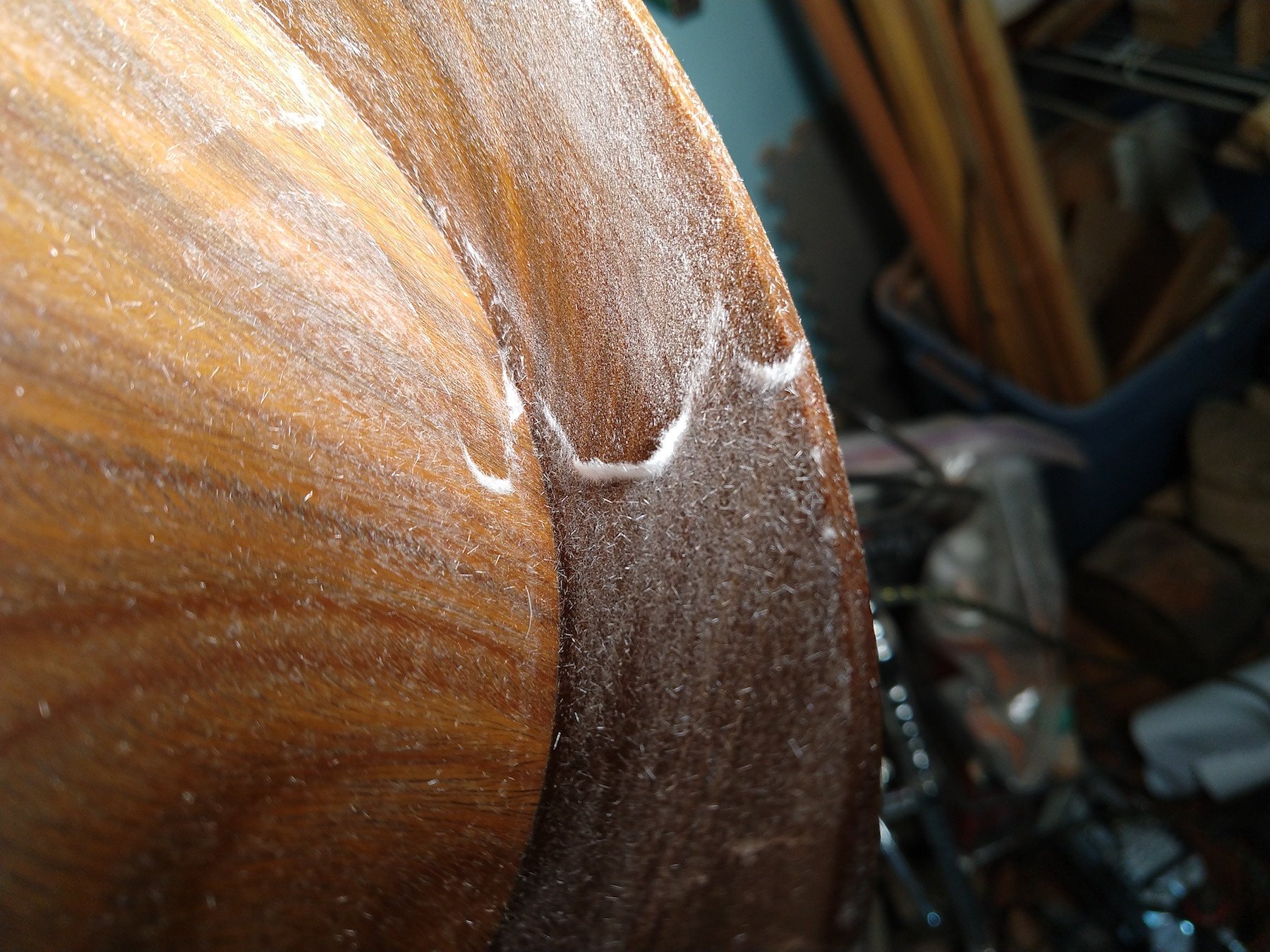 I sometimes finish pieces with 0000 steel wool (but I don't recall finishing this one in that manner), so I held a strong magnet to the fibers to see if they would react, but nothing happened. Here's a closeup of the fibers after I wiped them out with a rag: 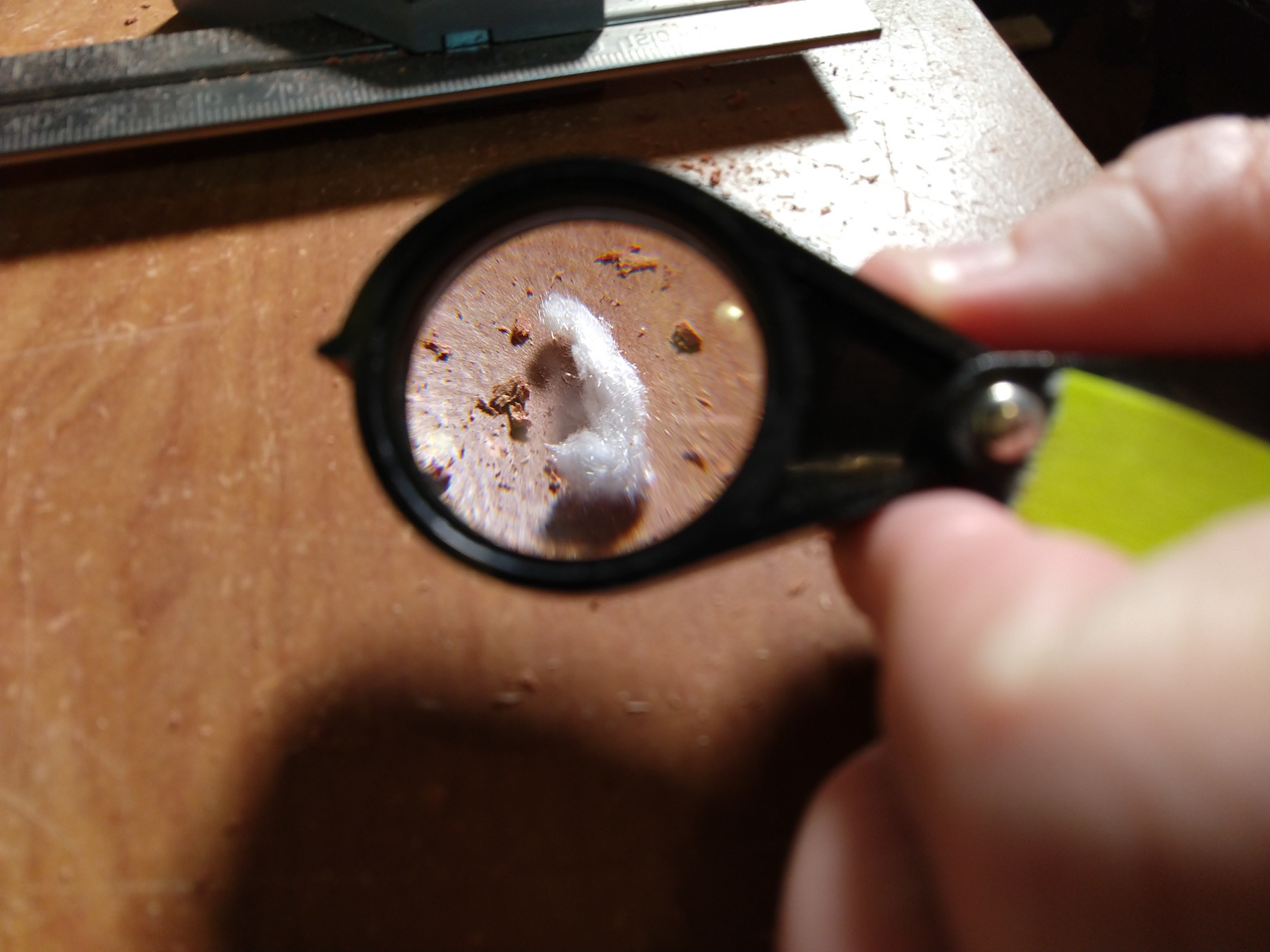 ...from the way the fibers bunch, it seems more like a spider-silk material than a cotton-fiber material, but either way I'm puzzled. Why would this only appear on the inside, and not the outside, of the box? Will it keep growing back after I wipe it away? Has anyone any ideas what might be happening here?

From my comments, which seems borne out by the last comment from the OP:

These fibres look more like crystalline structures than anything organic. Both paraffin and beeswax contain largish crystals. Though, if the wax has been de-oiled or processed in the right manner those crystals can get really small. Just a guess here, but it looks like the conditions were fine for thin layer of finish to stay wet enough to super-saturate. Once those first crystals were able to grow undisturbed they would have continued as long as the conditions for saturation remained.

Not the answer you're looking for? Browse other questions tagged finishing turning or ask your own question.

11
What are the main categories of wood-turning tools?
6
What are the implications of using multiple polyurethane coats?
8
What kind of finish should I use inside dresser drawers?
12
What are these blemishes called and how do I avoid them?
2
Are there alternatives to buying flocking fibers?
3
How are these toolmarks happening, and how to prevent / get rid of them?
1
DIY "white wash" from thinning latex interior paint?
2
Should the inside of a drawer opening be finished?